Robert Whittaker’s road back to the UFC middleweight title has been extended a bit longer.

Whittaker (22-5 MMA, 13-3 UFC), a former champion in the 185-pound division, has said he thinks he’s done enough to get a rematch with reigning titleholder Israel Adesanya. Since dropping the strap by second-round knockout at UFC 243 in October 2019, he’s picked up wins over Darren Till and Jared Cannonier.

After beating Cannonier at UFC 254 in October, Whittaker said he wanted to run it back with Adesanya, but first wanted to take a short break so he could witness and enjoy the birth of his next child. This prompted UFC president Dana White to claim he didn’t want the rematch, which irked Whittaker.

“I certainly think he took a little twist to what I said,” Whittaker told MMA Junkie in early November. “I never said I don’t want to fight Izzy. That’s not something I said. I did not say that. I’m looking to fight March, April (2021). I would like to fight Izzy. … I want that fight. I do want that fight. We just had to work it into that timeline.”

Whittaker’s rematch hopes seemingly fell on deaf ears, because the promotion moved forward by booking Adesanya to move up in weight and challenge current light heavyweight champ Jan Blachowicz at UFC 259 on March 6.

If Adesanya wins, there’s no guarantee he returns to 185 pounds, and no assurances Whittaker would get that fight. White said it would be in the best interest of the former champion to accept another fight in order to keep busy and stay atop the divisional rankings.

“I don’t think he’s going to get a title shot next,” White said on a recent ESPN+ fan Q&A with Laura Sanko. “He’ll have to fight somebody else first. It’s going to depend on what happens with Israel and Jan. We’ll see what happens.”

Knowing the scenario could’ve played out as it did, Whittaker said he wants the Adesanya rematch so badly he would be willing to move up to 205 pounds in order to make it happen. In the meantime, Paulo Costa’s team has been pushing for an interim title bout in Adesanya’s absence, but Whittaker has not expressed much interest in having that happen.

Perhaps White’s latest comments will prompt a change in heart from Whittaker with regards to his next move, though.

Photos: Robert Whittaker through the years 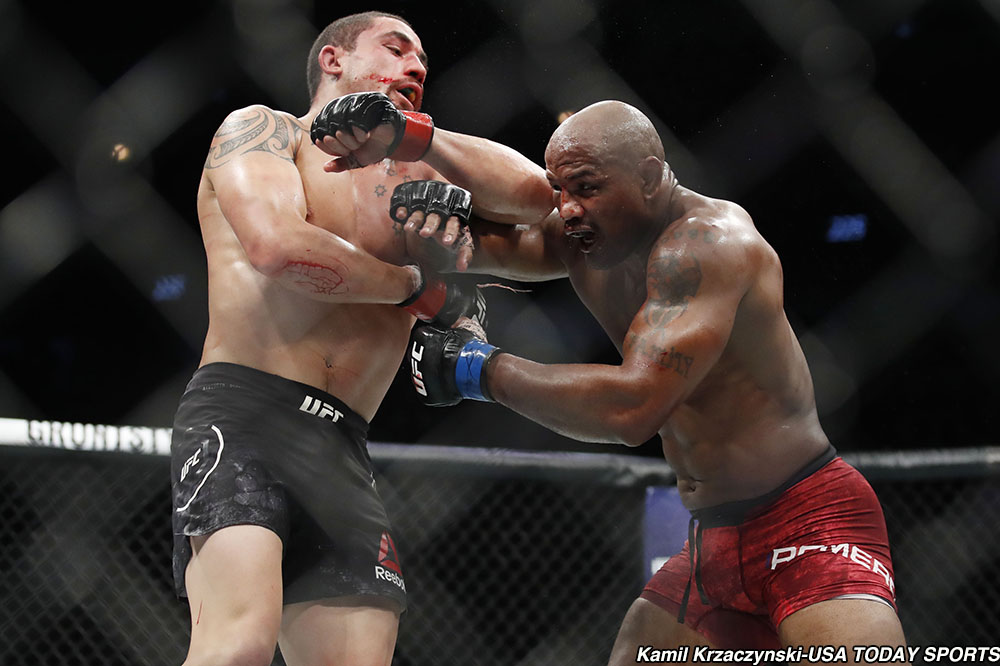