Dana White doesn’t think Tyron Woodley is the fighter he once was during his UFC welterweight title reign, but he still likes his chances when it comes to fighting a YouTube star.

Woodley, 39, will box Jake Paul on Aug. 28 at a location and venue that has not yet been announced. The fight will be Woodley’s first combat sports venture since entering free agency after he fought out his UFC contract earlier this year.

“Tyron Woodley has punching power,” White said when breaking down the matchup on the “Real Quick With Mike Swick” podcast. “Obviously, he’s put a lot of dudes to sleep in his career. Tyron Woodley doesn’t look like the Tyron Woodley of the past that was putting everybody to sleep. He hasn’t won a fight in three years. He’s going to be 40 years old. But, I will give it to (Jake Paul). He’s at least stepping in there with a guy who can punch.”

White seemed to understand why Woodley is an underdog entering the fight. As of Tuesday, Paul stood at a -175 favorite and Woodley a +145 underdog, according to Odds Shark.

“(That’s) because it has to do with Woodley’s age and he hasn’t won a fight in three years,” White said.

Jake Paul: Tyron Woodley ‘will be dropped by a Disney teen star in 2 rounds’

Regression aside, White leans in favor of his promotion’s former champ. When he envisions how the upcoming Showtime pay-per-view boxing match will play out, White predicts Woodley will knock out Paul – but he’s not overly confident.

“You tell me when is the last time you saw Woodley look like Woodley, (but) I’d have to go with Woodley by knockout,” White said. “Listen, man. Woodley should knock him out. But, again, the Tyron Woodley that you talk about, that was the champ, isn’t the same f*cking guy he was four years ago.”

White’s prediction of a Woodley victory isn’t the first time the UFC president has picked against Paul. Ahead of Paul’s most recent boxing match, White predicted a Ben Askren victory. He even teased a potential $1 million bet on Askren – which he later revealed never was actually placed.

Why Jake Paul vs. Tyron Woodley was the fight to make | Opinion 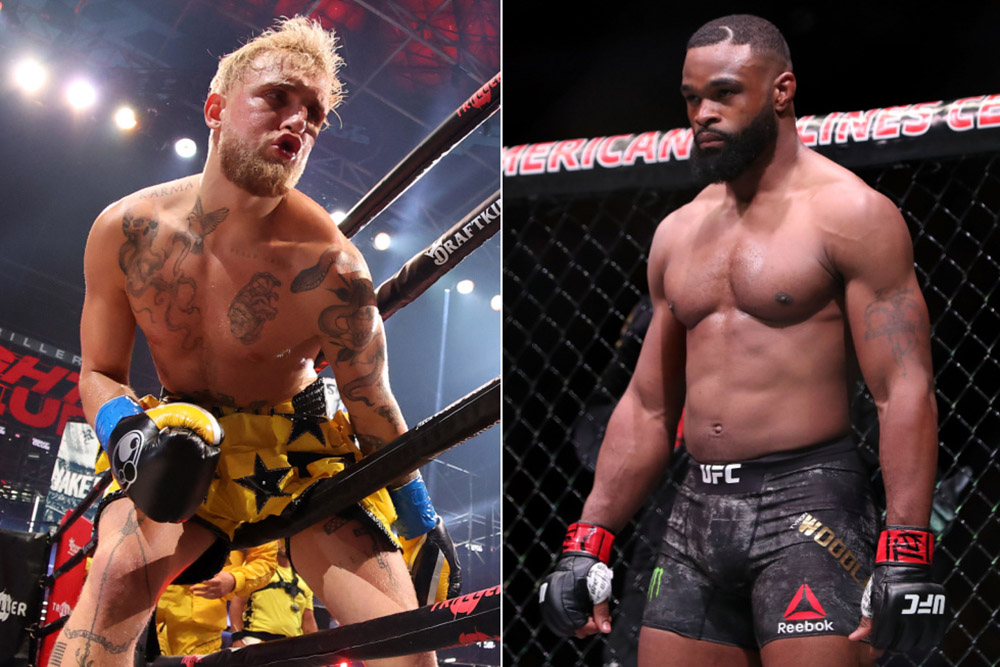