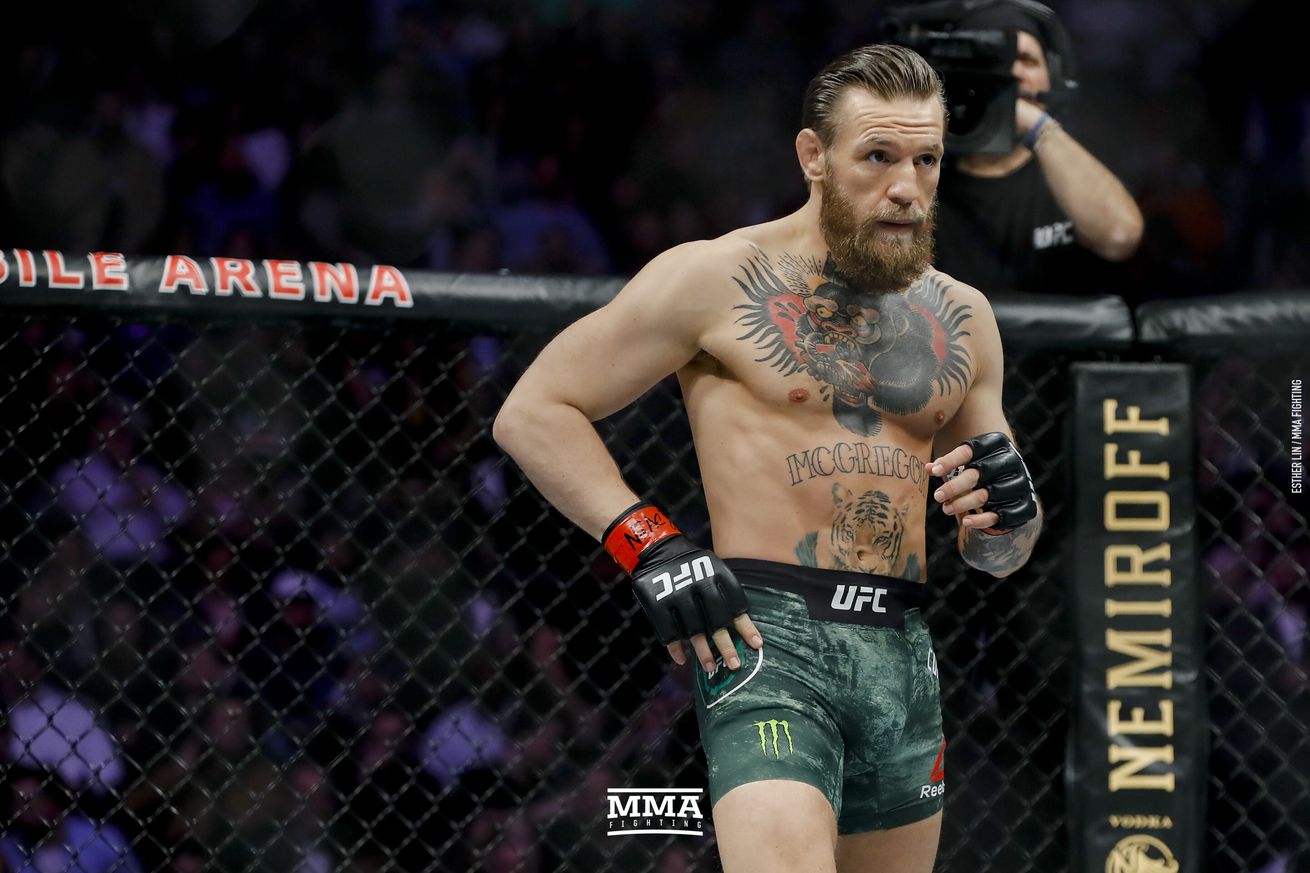 It appears the UFC and Conor McGregor may be at a standstill.

An offer has been made to book McGregor against Dustin Poirier in a rematch at lightweight on Jan. 23. Unfortunately, McGregor made it clear recently that while he’s more than happy to face Poirier again, he wants the fight booked in 2020 and he’s not willing to wait until next year to compete again.

Hello Dustin! I accepted the @ufc offer to fight you, but told them it must happen in 2020. I’m ready for Nov 21st, given that cards recent injury issues, as well as any of the December dates, the 12th and the 19th. I’ll also still donate the $500k to The Good Fight Foundation https://t.co/23hN4AHtoI

Now according to UFC president Dana White, the decision is up to McGregor whether or not he wants to fight on Jan. 23, but the promotion will not be offering him an earlier date.

“We offered him a fight, we got him his own date,” White told ESPN on Wednesday. “We didn’t have a date this year. We have everything laid out for this year, with world champions fighting for titles. He wants to fight Dustin Poirier apparently, so we went to [broadcast partner] ESPN and got him his own date.

McGregor has been insistent in an earlier social media posts that it’s an all or none proposition to either book him in November or December because he doesn’t want to wait until 2021 to fight again.

The former two-division UFC champion initially reached out to Poirier about a charity “sparring” match in Ireland, which led to the promotion officially offering the fight to both athletes.

Sources close to Poirier’s camp told MMA Fighting the former interim lightweight champion is more than willing to face McGregor whenever the UFC prefers, so the decision will ultimately come down to the Irish superstar.

White said the UFC has already booked plans for the pay-per-view cards in November and December with no wiggle room for McGregor to step in. UFC 255 in November is currently headlined by a pair of flyweight title fights: Deiveson Figueiredo takes on Alex Perez and Valentina Shevchenko faces off with Jennifer Maia.

Then at UFC 256, Amanda Nunes is expected to defend her featherweight title against Megan Anderson, while Petr Yan is targeted to face Aljamain Sterling in a bantamweight title fight.

White said he has “no clue” why McGregor has been so insistent about fighting in November or December instead of waiting one month to compete.

”That’s not how it works,” White said when asked about moving fights around to accommodate McGregor’s request. “We laid out this year. He was retired. Would anybody disagree he was retired? Through this crazy pandemic year we’re going through, we faced a lot of challenges. There were a lot of things done to make this thing work. We made it happen.

“We have our schedule laid out. Fighters have committed to it. Fighters have started training for these fights. Conor came back and wants to fight Dustin, so we went out and got him his own date. It’s Jan. 23.”

McGregor most recently fought in January, when he defeated Donald “Cowboy” Cerrone by first-round TKO at UFC 246. After he was unable to book another matchup right away, he then decided to retire from the sport, though he’s continuously hinted at a comeback.

It remains to be seen if McGregor will come to terms with the UFC on a fight against Poirier in January, or stick to his guns and bow out of that potential matchup that won’t take place until 2021.