Darrell Horcher knows a thing or two about comebacks. Once told he would never walk again following a horrific 2016 motorcycle accident, Horcher instead was able to battle back to compete 13 months later in the UFC, even picking up a split-decision win in an emotional return to the sport.

Unfortunately for the 33-year-old, that June 2017 victory was the last time he’s had his hand raised inside of the cage.

“After the accident, I wasn’t ready to fight,” Horcher now admits. “I rushed to get back, and I did it on purpose. You know, to me, I wasn’t ever even supposed to walk again. So to have a goal to fight gave me something to work for, but then when it got to where I could fight, I was like, ‘Yeah, I want to fight. Let’s do it now.’ So I kind of rushed back.”

After the win over Devin Powell, Horcher would go on to lose a 2017 decision to Scott Holtzman. Then in November 2018, he was submitted in the opening round by Roosevelt Roberts. That one hurt the most, Horcher said.

“The last one, I was actually ready to go,” Horcher said. “I was almost back to normal, and then I got caught in that goddamned guillotine. I’ve never been guillotined, even in practice. We’ve got guys that are slick at guillotines. I never get guillotined. I was so mad.”

Horcher’s career has been filled with challenges. After all, a former Cage Fury Fighting Championships lightweight titleholder, Horcher made his UFC debut in 2016. His opponent? Future UFC champion Khabib Nurmagomedov.

It was an incredibly tough assignment, and after suffering a TKO loss, Horcher would nearly lose his life in that motorcycle accident one month later. But ahead of the fight with Roberts, Horcher said he was finally feeling back to being himself, and yet his night was over in less than five minutes.

Move over, Henry Cejudo: Solomon Renfro aims to be the combat sports GOAT

“I took the Khabib fight, and then I had the accident,” Horcher said. “I used to work full-time, and I never went back to work. Training became all I did, and I’d train two or three times a day, every day. Being that I rushed back, I was frustrated that I put all this work in – I finally was going to be back to normal.

“I did everything right. I’m finally almost back to normal, and I get caught with a damn guillotine that I’ve never been caught in before. It was very frustrating.”

Horcher considered walking away from the sport. After all, the struggles that he had faced just to compete were immense, and the effort wasn’t being rewarded. But as he left the dream behind, suddenly he found himself yearning for that chase once again.

“The time away, the first six months was good,” Horcher said. “I talked to my girlfriend about it afterwards, and I had done it so much for so long, that it’s like, ‘What do I do without it?’ I got depressed. I didn’t know what to do but train. I had to get back to training. So I went back to training just to make myself feel better. I figured I would train a couple days a week. Then you go to, ‘Well, obviously I’ve still got it if I’m beating up these super good guys. I want to fight. Let’s do this.’”

In many ways, Horcher is starting his career once again, with his body finally back to full strength and his passion for MMA restored. It wasn’t his initial plan, but Horcher said it’s probably what he should have done before.

“After my accident, if we could have done this then, to work my way back, I would have gladly have done it then – you know what I mean?” Horcher asked. “Willingly, I would have gone back down and worked my way back. Now I have to do it. I didn’t really want to now, but I do what I’ve got to do.”

He’s even excited about the chance to fight in an empty venue, believing the lack of a crowd due to ongoing COVID-19 protocol will help him deal with the nerves he knows will be there.

“I think it’s a little bit refreshing,” Horcher said. “I have horrible stage fright. I get anxiety. So the big crowds – and even my training partners and some of my coaches said coming back during this whole corona thing is going to be perfect because I’m going to go out there, and there’s no crowd. So after taking this time off, you’re going to have nerves because of the time off, and you’re going to have nerves because of the crowd, but there’s no crowd, so you’re at least eliminating some of it.”

While it’s been two years since Horcher has competed, his experience in facing Nurmagomedov – who retired earlier this year as an undefeated UFC champion and largely considered the best pound-for-pound fighter in the world – is still paying dividends. Horcher has been face-to-face with greatness, and he knows what it takes to beat the world’s best.

“My wrestling was obviously on par with some of the best in the world,” Horcher said. “My sambo, I’ve never felt sambo like that. I’ve never felt freak hips like that. I’m a wrestler. I’ve worked with good wrestlers. I’ve never felt that. So we watched (the Nurmagomedov fight), and to fight another grappler, yeah, it is what it is, but (Ogar) ain’t going to be at that level.

It’s a chance to begin again for Horcher. He once used the CFFC platform to catapult himself to the sport’s biggest promotion, and he thinks he could do the same again. But right now, it’s simply about enjoying the process.

Horcher said his body is finally fully recovered, and he’s even physically improved through a rigorous strength-and-conditioning program. He’s also continued to refine his techniques and thinks that even after a four-fight stint in the UFC, he’s just now ready to show his full development as a fighter.

“I’m doing what I love and what I enjoy,” Horcher said. “I tell people it’s the only thing I know I’m really good at, which isn’t quite true, but to me, it’s how I feel. It’s my passion. I’m doing it because I love it. If I’m going to do it, I want to do it the best I can. I want to do everything to the best of my ability, and that means getting to the big show and doing it in front of the big lights again and just don’t freeze and actually pull the trigger.

This story was first published at CFFC.tv. 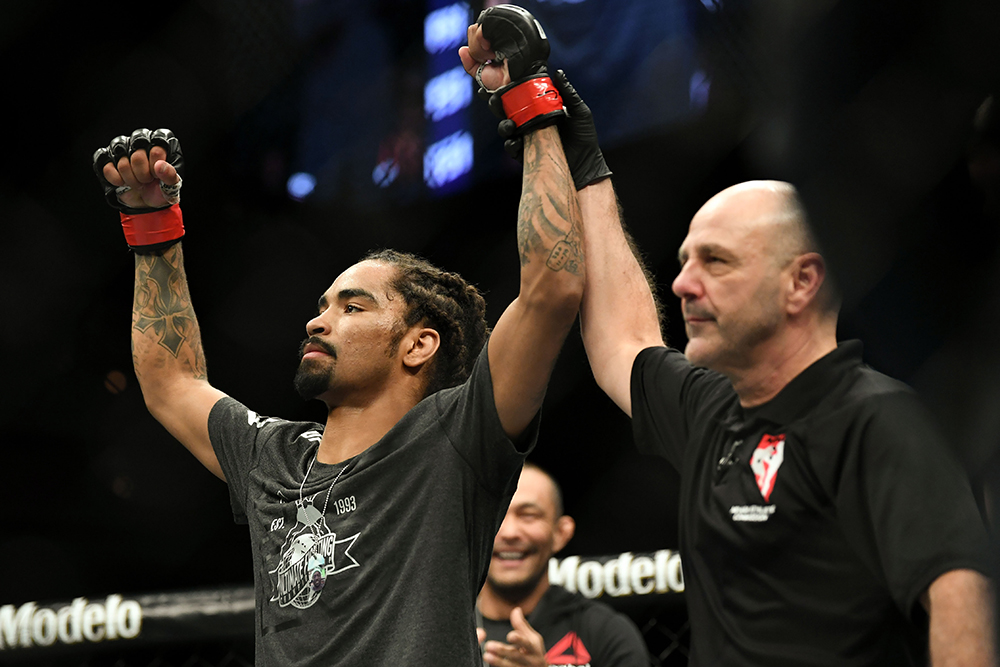