A pair of bantamweights will look to make it three wins in a row when they square off on March 13.

Davey Grant and Jonathan Martinez will face off at the event, which currently does not have a confirmed location or venue.

Two people with knowledge of the matchup informed MMA Junkie of the booking Friday but asked to remain anonymous since the promotion has yet to make an official announcement.

Just two months after stopping Frankie Saenz in the third round at UFC on ESPN+ 31, Martinez (13-3 MMA, 4-2 UFC) stepped in on short notice to defeat Thomas Almeida via unanimous decision at UFC on ESPN+ 38 in October.

Starting out his UFC career at 1-3, Season 18 finalist of “The Ultimate Fighter” Grant (12-4 MMA, 3-3 UFC) has since rebounced by scoring back-to-back wins over Grigorii Popov and, most recently, a “Performance of the Night” knockout of Martin Day at UFC 251 in July.

With the addition, the March 13 lineup includes: 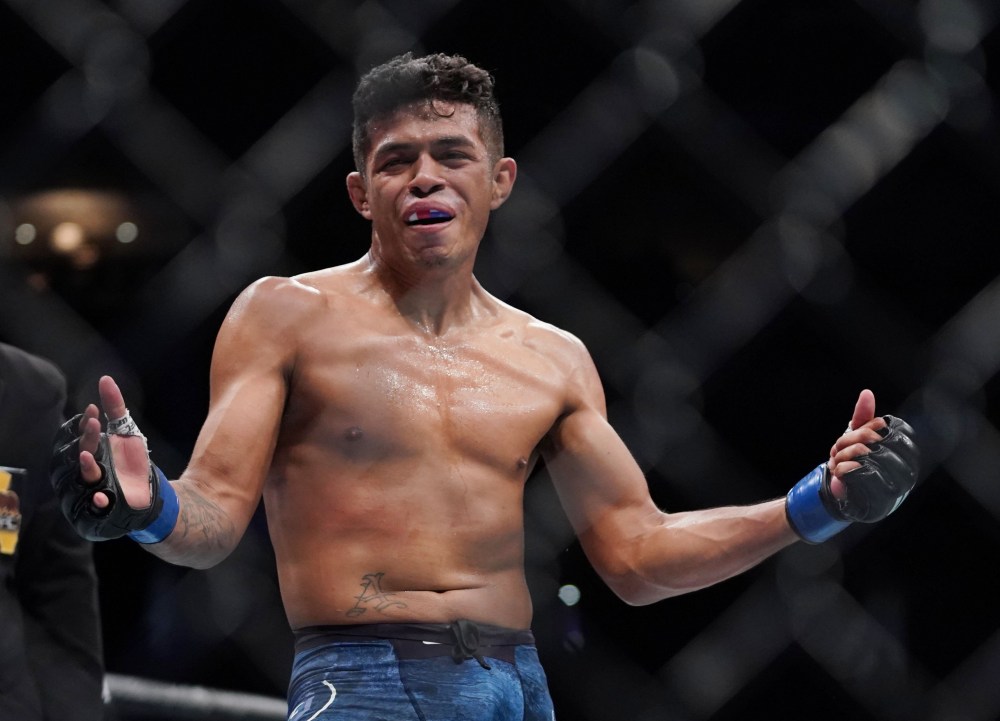