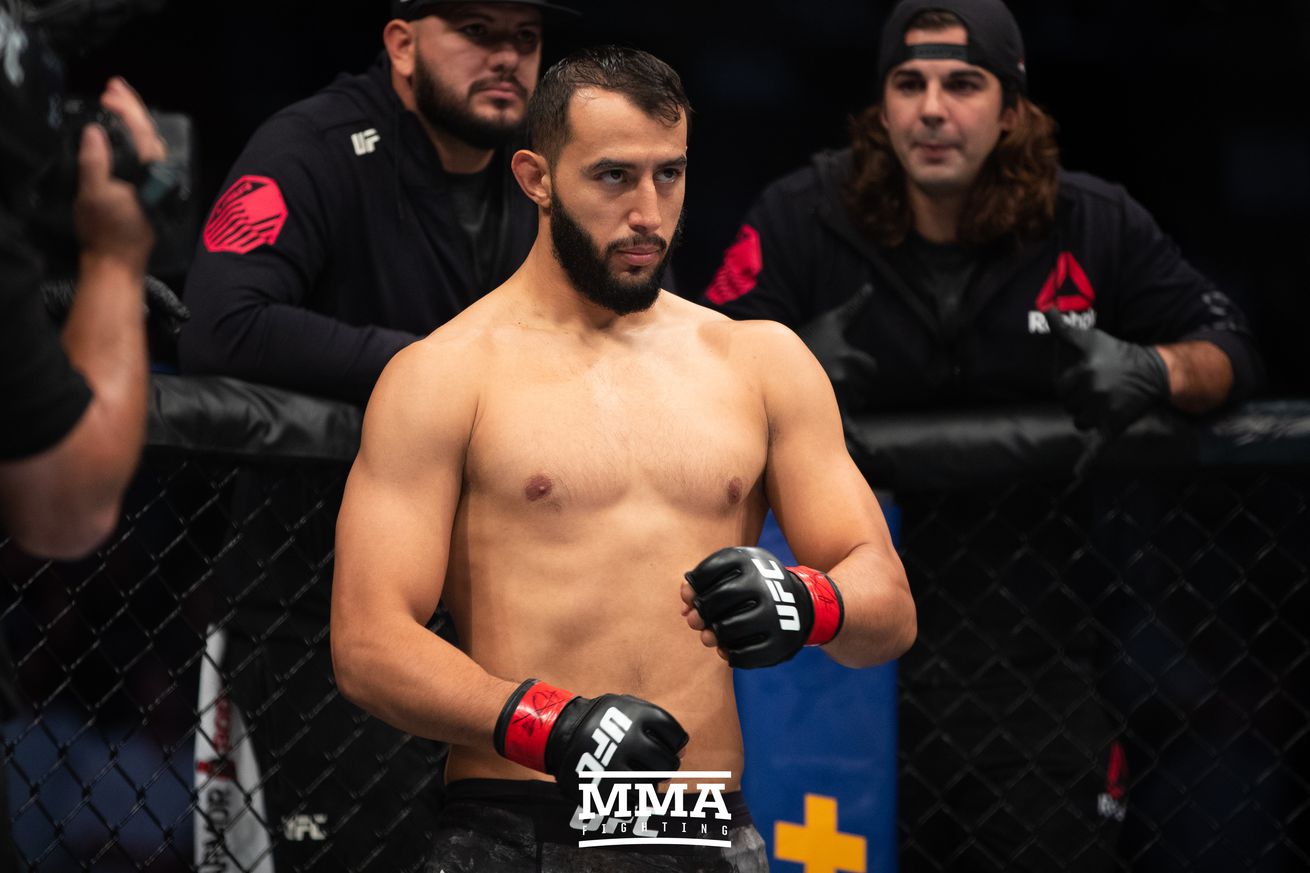 In many ways, Dominick Reyes already feels like the uncrowned light heavyweight champion in the UFC.

After battling former 205-pound king Jon Jones tooth and nail for five rounds back in February, the 30-year-old former football player turned MMA fighter lost a decision on the scorecards. He may, however, have won the fight in the court of public opinion.

Reyes definitely believes he beat Jones that night. But that still didn’t result in a championship belt being wrapped around his waist.

Now seven months later, Reyes is poised to compete for the vacant light heavyweight title after Jones opted out of a potential rematch to instead turn his attention toward a future at heavyweight. Considering how close he came to beating Jones earlier this year, Reyes has the respect of oddsmakers, sitting at nearly 3-to-1 to defeat Jan Blachowicz in the fight that will determine a new UFC champion.

Being a heavy favorite is a nod to Reyes’ talent, but don’t expect him to believe the hype that he’s somehow supposed to just walk through Blachowicz on Saturday. In fact, Reyes has been a big believer in Blachowicz for a while, citing his most recent win over Corey Anderson.

“I had Jan winning the whole time,” Reyes told MMA Fighting. “As soon as it got announced, I said Jan was going to knock him out. I’m 100 percent serious. I bet on it. I won money. I’m a student of the game, and I know exactly what’s going on, exactly who’s out there, and what they’re capable of.

It was much the same situation when Blachowicz was facing former middleweight champion Luke Rockhold in his 205-pound debut in the UFC.

In the weeks leading up to that event the talk was all centered around Rockhold, who had already engaged in a campaign to earn a title shot against Jones should he win his fight.

Instead, Blachowicz sent Rockhold packing with a a second-round knockout and a broken jaw, and Reyes went back to the bank after cashing in another ticket on his upcoming opponent.

“I made money off that, too,” Reyes said with a laugh. “I was so mad about that cause that’s the perfect guy to knockout. That was my knockout. [Rockhold] has a good name, he has a terrible chin, he thinks he’s the sh*t, he talks all kinds of sh*t. Perfect.

“Everybody wants to see him get knocked out. Then Jan got it, and I got [Chris] Weidman. I got a knockout on Weidman.”

Thanks to his meticulous research on Blachowicz in the past, Reyes knows that as confident as he may be about winning at UFC 253, nothing is certain until the fight is over.

That’s why Reyes doesn’t care much about the odds or the predictions that he’s destined to become light heavyweight champion in just a few more days.

“No f**king way,” Reyes said about potentially overlooking Blachowicz. “Let’s just say he’s really good. He has really solid striking. Great counters, and he’s in the pocket. He’s in your face. He makes you make mistakes. He’s right there ready to capitalize.

“Do not sleep on Jan Blachowicz, or you get slept. They should make a sign of that.”

Because he has so much respect for Blachowicz and the skills he possesses, Reyes has poured every bit of himself into the preparation for this fight. He’s envisioned every possible scenario for how this night will end for him, and he is confident he’ll finally claim a UFC title – and then the hard work will continue.

And as far as cashing in this weekend, Reyes only needs Blachowicz to make it to fight night, and then he’ll be betting big on himself.

“Thank you Jan,” Reyes said about winning money off Blachowicz previously. “Now help me make some more money by showing up [at UFC 253].”