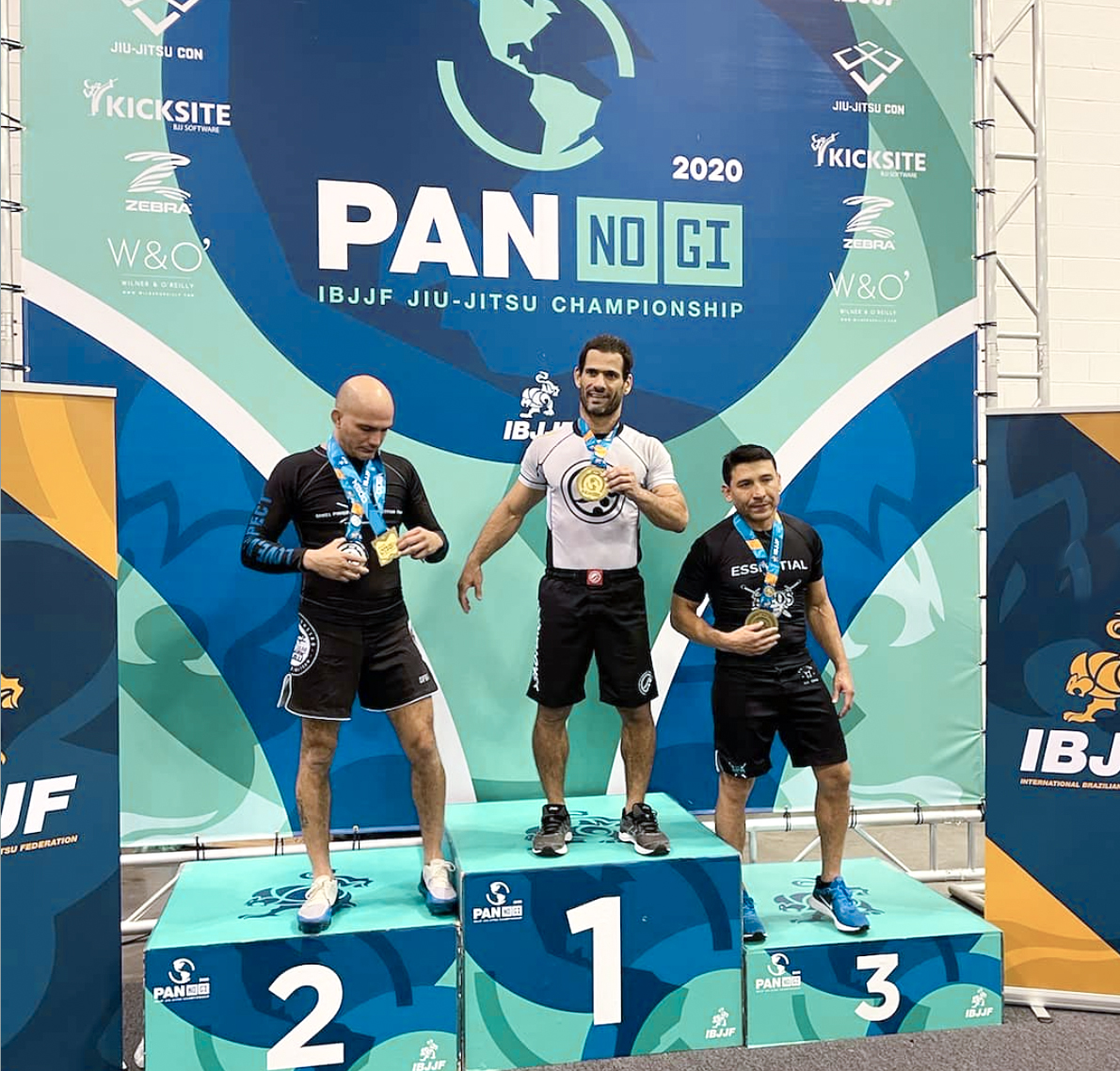 Bicudo and his gold medal from the 2020 IBJJF Pan nogi. Photo: Personal archive

At 46, the instructor Fabricio “Bicudo” Medeiros is carrying on his mission of spreading BJJ through the U.S. The black-belt, who has lived in the States since 2016, has been implementing the sport as a tool for self-development for kids, adults and even elderly people looking to improve the body and mind and, of course, learn the techniques that make up the sport.

“BJJ has a great power of personal development,” he said in a recent interview. “The practitioner becomes a better human being with each class, every challenge they overcome, and that is reflected in society in general.”

He teaches at RT Martial Arts academy in Florida. “Our gym has the goal of offering the best instruction and provide the best experience to our students. At my gym, the atmosphere is a family one, and a new student feels welcome upon arriving. It’s much more than learning a martial art; it’s about being in a nice environment, making friends and participating in a community.”

“I try to make my classes a family thing,” he added. “On weekends, I’m also with my students; there’s always a Brazilian barbecue, or we make something up. To me, that’s what BJJ is. Besides our training, we create a connection between teacher, student and family. I call that ‘inclusion’; everybody is important inside our dojo.”

Bicudo took his first steps in jiu-jitsu as a child in 1986 and earned his black belt in 2001 at Carlson Gracie Academy, one of the most traditional schools in Rio.

“I trained and was a jiu-jitsu teacher for a big good of my life in Niterói, where I was born, but I was actually raised in São Gonçalo,” he said. “Seeing how far I’ve come is very gratifying to me, because I see that all my effort has paid off. I relinquished many things. I was away from my family many times — something difficult, but today I see that it was all part of the process of arriving here. I live here, in the U.S., with my son Yuri, and I’m quite happy about the education he’s getting here. It’s amazing to see his English evolving to the point where he’s correcting me sometimes. It’s all very gratifying, but I still miss my son Yan and other relatives, who are in Brazil. But we’ll be together soon.”

A master no-gi champion with titles from the Brazilian Nationals, Worlds and Pan, Bicudo has been competing avidly since he was 10. “With all the experience I have, I convey to my students that jiu-jitsu is not an individual sport, but a group one,” he said. “You step on the competition may by yourself, but without your friends you can’t train.”

He continued: “Something I always say in my classes is, ‘You are not the most important person on the mat; your training partner is. Without them you don’t train, don’t develop your technique, your game, you don’t roll, you don’t drill. So you also have to help your partner develop themselves and grow. When we create this atmosphere of team, of union, of wanting to see the other person grow, that’s good for everybody. I pass on lessons to my students daily. That’s one of the most valuable lessons — you gotta have that family spirit.”

Bicudo is expected to compete again in March at the IBJJF’s Miami Open, whose dates have yet to be announced.

The post Fabricio Bicudo, propagator of BJJ for self-development in U.S., on the power of competing first appeared on Graciemag.