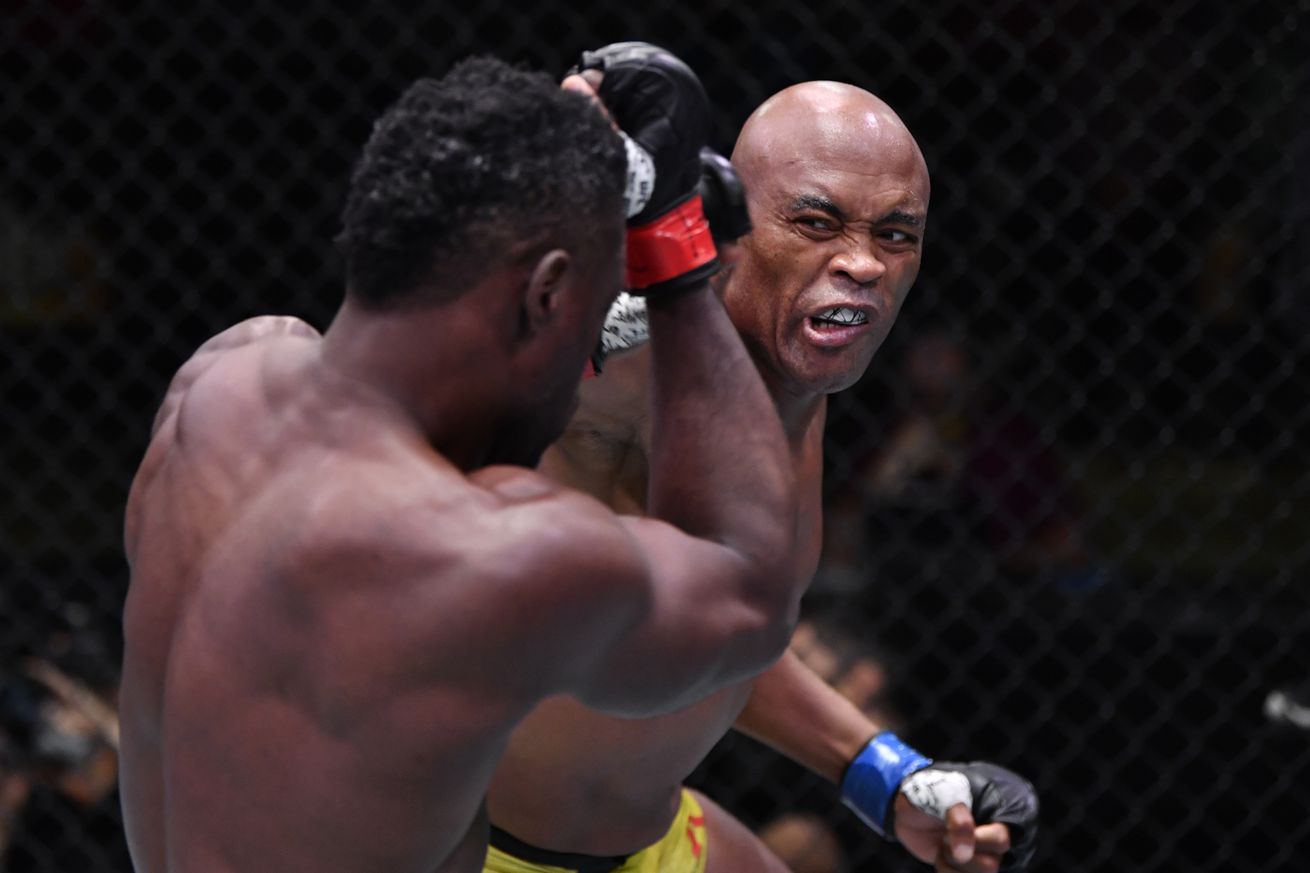 Anderson Silva called his loss to Uriah Hall his “final moment,” but hedged on whether or not UFC Vegas 12 would mark his last fight as a professional.

The former middleweight kingpin was stopped by Hall in the fourth round of their ESPN headliner at UFC APEX in Las Vegas. And while the outcome was decisive, Silva’s future was anything but.

Speaking to his former opponent, UFC commentator and ex-middleweight champ Michael Bisping, “The Spider” said he would consult with his family before making a final decision.

Fighters still paid tribute to Silva as if he will hang up his gloves. Here’s what they had to say.

Hope that’s the end for Anderson. He is a legend!

@SpiderAnderson Nosso herói!!!! We love you and we all thankful for all you done

What a great career for the Spider! One of the best ever! #UFC

@SpiderAnderson thank you for everything!!! you a very special human being. You entertained and blessed the world with your greatness

You have respect a 45 year old man , getting himself in shape , making weight and competing with younger / some of the best athletes in the world! Thanks for everything legend Anderson Silva, single handily carrying our sport! #UFC

@SpiderAnderson The legend. thanks for everything you did in the sport #UFCVegas12 #SpiderNoCombate @ufc @UFCBrasil

So emotional watching the last fight for Anderson Silva in the UFC.

Anderson Silva went 16-0 in the UFC……. despite loses he’s one of the ‘s. Absolutely legendary career

Anderson had an amazing career. 45 years old, 45 fights and yet competing and winning most of the fight against a top 15 fighter. He was looking great. Fought like a warrior and made us all proud anyway. #UFCVegas12

The final walk! That should be the name of Anderson Silva’s story! What an emotional moment for Hall and especially Silva. I don’t know if words can even describe the thoughts and what Silva felt pre and post-fight. Anderson “The Spider Silva”- Forever a legend!#Vegas12

True example of a martial artist. Always respectfull and skill that will never be forgotten. @SpiderAnderson absolute legend!!

Wow, Thank you Anderson, we love you

Thank you for every second of your magic @SpiderAnderson!