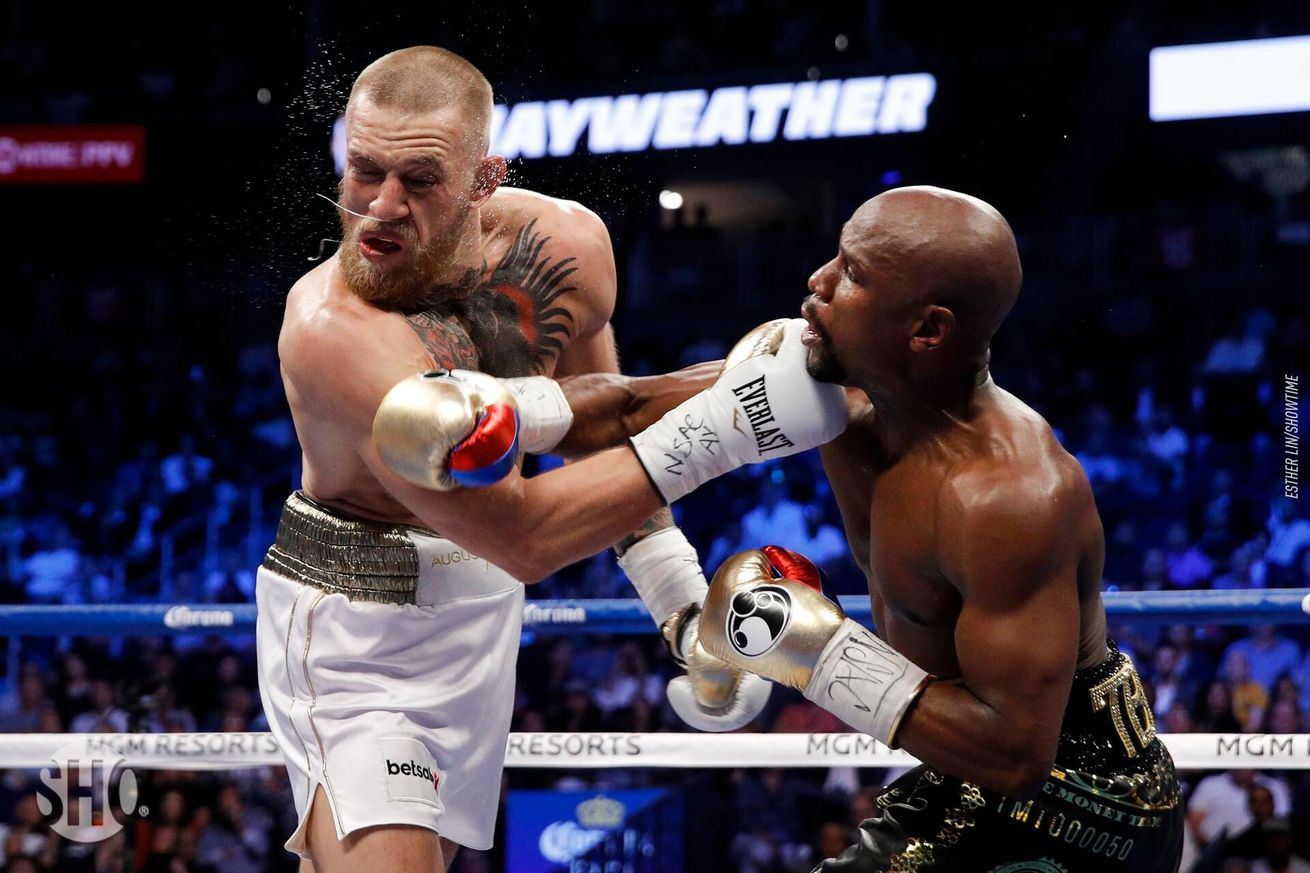 Floyd Mayweather isn’t looking to conquer anymore championships in boxing, but for a hefty nine-figure payday, he’ll consider a rematch with Conor McGregor.

The 50-0 boxer, who re-retired after he finished McGregor by 10th-round TKO when they met in 2017, has flirted with several possible fights that could lure him back to the ring – but nothing that would tarnish his already impeccable resume.

In late 2018, Mayweather engaged in an exhibition match with RIZIN star Tenshin Nasukawa, which ended in a first-round TKO victory. Since that time, he’s primarily focused on business endeavors that don’t involve him punching or being punched. But that might change if another offer to fight McGregor comes across his plate.

“If I could pick an easy $300 million, absolutely,” Mayweather told Shannon Sharpe on his podcast when asked about a rematch with McGregor. “Same way, same results.”

At 43, Mayweather is proud that he engaged in a full career without absorbing the kind of punishment that has resulted in serious brain damage to other boxers.

After avoiding that on his way to winning 50 professional fights, Mayweather isn’t going to risk his long term health by squaring off with a young, up and coming boxer. But he doesn’t see those same kinds of issues while going against somebody like McGregor.

“Your health is your wealth,” Mayweather said. “So as far as me going out there and competing against a guy like Conor McGregor, or a guy that’s really inexperienced. Absolutely [I’d fight Khabib Nurmagomedov]. Those are $300 million fights.

“You have to make it make sense. Real sense. Certain type of dollars. I need to have my faculties also. I had my time. I had my era. It’s these young fighters’ era now. It’s OK for me to go fight a Khabib or a Conor – with those two fights alone, I could pick up $600 million. That don’t hurt to fight guys that just entertain. It’s all entertainment.

According to Mayweather, he’s not too concerned about anything McGregor would do to him in a rematch after already spending nearly 30 minutes in the ring with him previously.

While McGregor definitely landed his shots during that fight — including an uppercut that seemingly caught Mayweather off guard — the former champion says nothing ever had him hurt or rattled, which is why he wouldn’t expect a rematch to go any differently.

“Conor McGregor can’t punch,” Mayweather said. “He can’t punch. I don’t even remember [the uppercut]. I’m having fun. I was like this dude punch so soft.”

For his part, McGregor has promised that he knows the mistakes made in the first fight with Mayweather and he would correct course for any potential rematch.

Mayweather doesn’t seem all that concerned.

One thing is certain, Mayweather is definitely open to the idea because simply put, he’s not a fan of McGregor in any way, shape or form.

“I don’t like him at all,” Mayweather said about McGregor. “At all.”