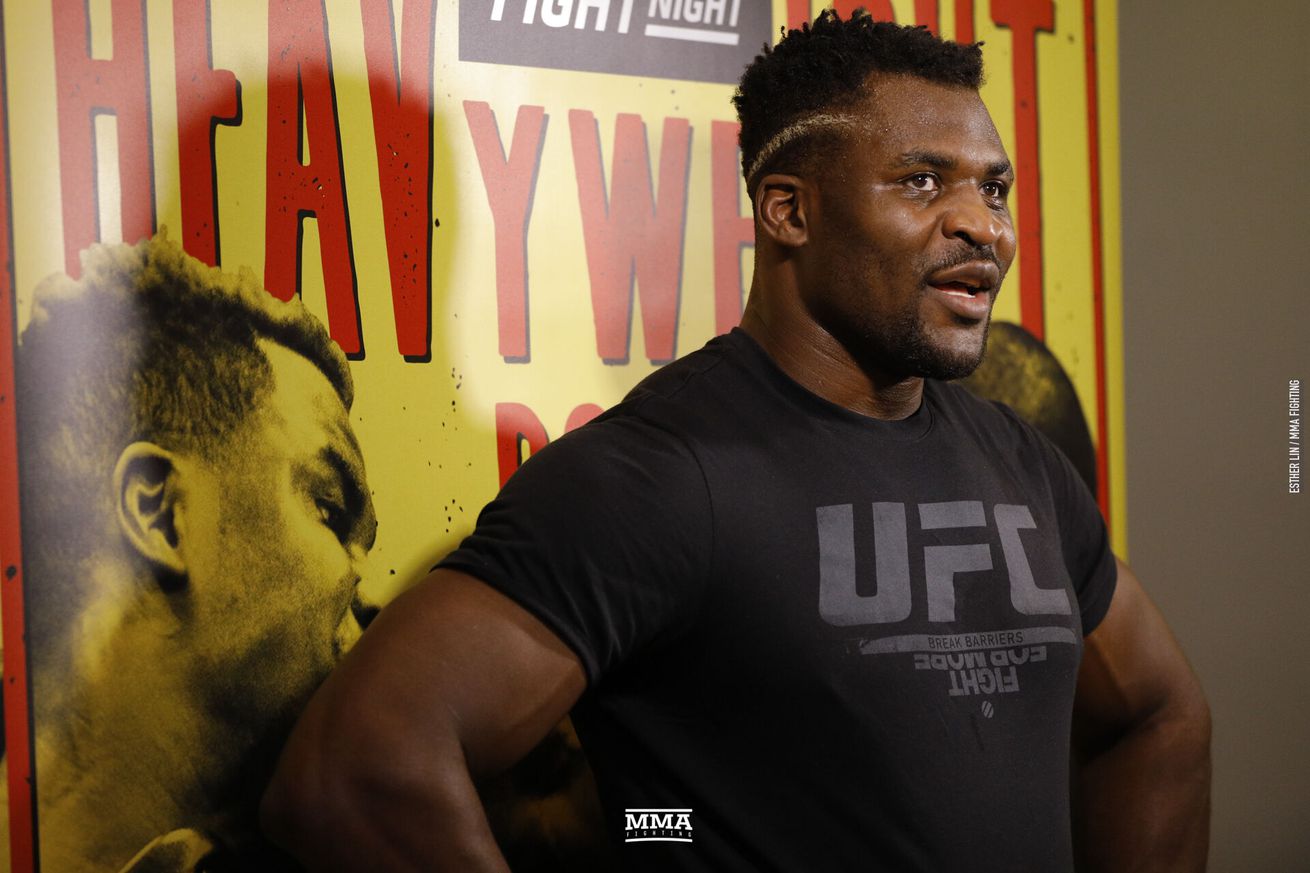 Currently No. 1 in the UFC’s official rankings, Ngannou has seemingly done everything he possibly can to secure another shot at heavyweight champion Stipe Miocic. Unfortunately for Ngannou, there has been no official word on if or when that matchup will actually be booked and he expressed his frustration over the situation on social media Tuesday.

2 title fights in the @ufc heavyweight division for the past two years and yet we don’t know if there will be another one anytime soon. Contenders have to fight for something #ThisIsSucks

“Two title fights in the UFC heavyweight division for the past two years and we don’t know if there will be another one anytime soon,” Ngannou wrote. “Contenders have to fight for something.”

Miocic was embroiled in a feud with Daniel Cormier for the past couple of years that resulted in them being featured in three of the past four UFC heavyweight title bouts (the other saw Cormier successfully defend the belt against Derrick Lewis). That trilogy left the rest of the division to jockey for position and it’s Ngannou who currently leads the pack with four consecutive knockout victories, all ending in less than 90 seconds.

The Miocic-Cormier trilogy series concluded in August with Miocic coming out on top and Cormier subsequently retiring, but it’s unclear when Miocic will compete again. According to Ngannou, he expects Miocic to be out until March 2021.

Apparently Stipe is out until March. If I have to wait until then it’ll be almost another year between fights.

“Apparently Stipe is out until March,” Ngannou wrote. “If I have to wait until then it’ll be almost another year between fights.”

Ngannou’s most recent fight was at UFC 249 in May. He needed just 20 seconds to dispatch Jairzinho Rozenstruik, an impressive feat that also puts into perspective how infrequent Ngannou’s appearances have been.

“I fought once for 20 seconds in the last 16 months,” Ngannou wrote.