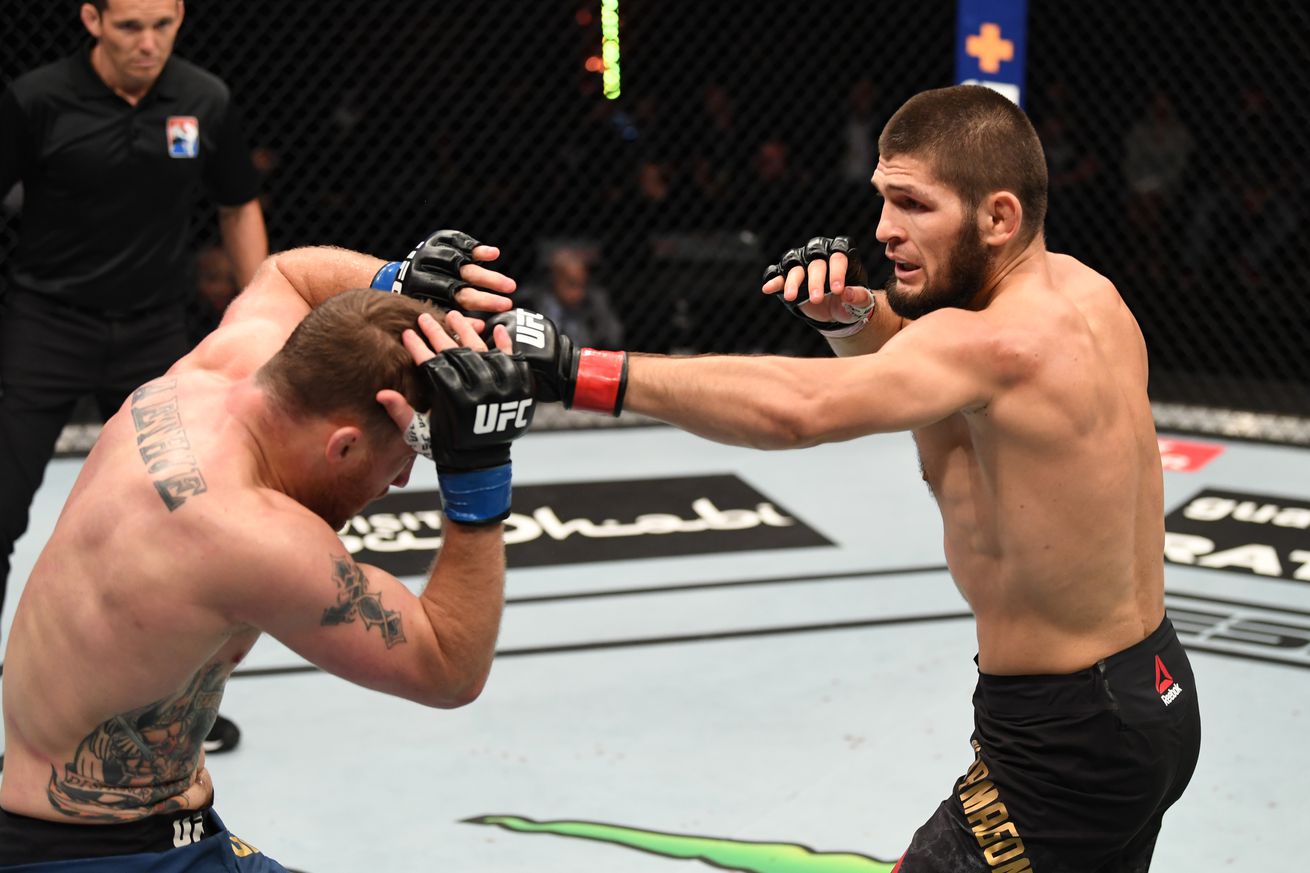 Georges St-Pierre knows a thing or two about championship performances and he’s not sure he’s seen any better than the one that took place at UFC 254.

Saturday’s show in Abu Dhabi served as the culmination of Khabib Nurmagomedov’s career as the UFC lightweight champion announced his retirement following a dominant second-round submission win over Justin Gaethje. “The Highlight” was viewed by many as a difficult stylistic challenge for Nurmagomedov due to his mixture of power-punching and All-American wrestling, but Nurmagomedov defeated him as he has every other opponent he’s fought.

“GSP” was watching and afterwards he heaped praise on Nurmagomedov’s denouement in an interview with ESPN.

“It was a masterful performance,” St-Pierre said. “As close as you get of a perfect fight against a very, very tough threat in Justin Gaethje. A lot of people, including myself, was thinking that maybe Justin Gaethje is the answer to Khabib. Maybe Justin Gaethje will be the perfect nemesis to Khabib because of his pedigree in wrestling and in striking.

“However, Khabib did the—I would not say the unthinkable because Khabib is undefeated and he’s so good—but nobody would think that Khabib would do a performance [that] seemed so easy for him. It was just amazing.”

Indeed, as soon as the bell sounded, Nurmagomedov was as aggressive as ever. Nurmagomedov didn’t just rely on his trademark wrestling, he stood and tested Gaethje’s striking before eventually taking the fight to the ground. St-Pierre marveled at Nurmagomedov’s submission transitions, calling the sequence that led to the fight-ending triangle choke “beautiful.”

St-Pierre, 39, had his fair share of memorable wins during his run at the top of the UFC welterweight division, but even he was impressed with how Nurmagomedov handled Gaethje.

“He beat Justin everywhere,” St-Pierre said. “He threatened him standing up, he threatened him with his wrestling on the ground. Even at the end of the first round, Justin was in bad, bad, bad position.

Given how good Nurmagomedov looked on Saturday, it may have come as a surprise to some that he chose to retire when it’s likely he could continue competing at a high level for years to come. Nurmagomedov, 32, said that part of the reason that he chose this moment to retire is because of the recent passing of his father and coach, Abdulmanap. That loss is something that St-Pierre believes Nurmagomedov used for extra motivation.

St-Pierre didn’t expect Nurmagomedov to retire, though it’s a decision that he fully supports.