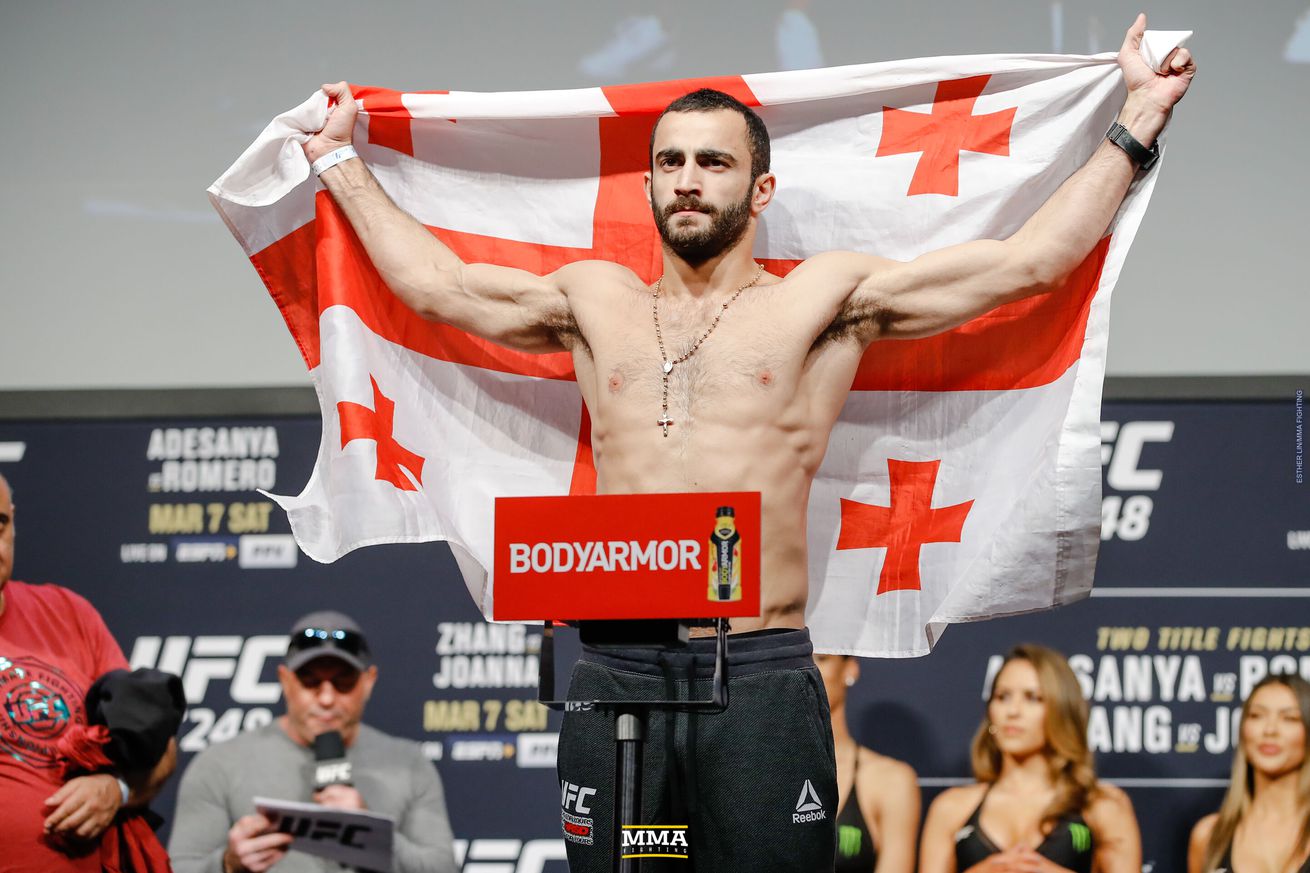 Giga Chikadze is getting a quick turnaround.

MMA Fighting confirmed with a source with knowledge of the matchup that Chikadze (11-2) will fight UFC newcomer Jamey Simmons (7-2) in a featherweight bout at UFC Vegas 13 this Saturday. Chikadze also confirmed the news on social media.

The bout was first reported by adjarasport.com.

Chikadze fought less than a month ago, defeating Omar Morales by unanimous decision at an Oct. 11 Fight Island show in Abu Dhabi to improve his UFC record to 4-0. The former GLORY kickboxing standout has won all of his UFC fights by decision and can pick up his fourth win of 2020 with a victory Saturday.

Competing for the first time since last December, Simmons enters on the strength of three straight wins by knockout or submission. “The Afro Samurai” most recently fought at a Caged Aggression show on Oct. 16, defeating veteran Shawn West via rear-naked choke in the second round.

Simmons wrote on his Instagram that he has signed a four-fight contract with the UFC.

UFC Vegas 13 will be headlined by a bout between light heavyweight contenders Thiago Santos and Glover Teixeira. The event takes place at UFC APEX in Las Vegas with the main card scheduled to air live on the ESPN+ streaming service.