Greg Hardy is more than happy with his MMA development, but his work is far from done.

The former NFL All-Pro began fighting professionally a little more than two years ago after switching from football to MMA. Hardy (5-2 MMA, 2-2 UFC) now finds himself in the UFC, the premiere MMA organization in the world and a few days removed from his 10th professiona fight.

Hardy, who meets Maurice Greene in a heavyweight bout Saturday at UFC on ESPN+ 39 in Las Vegas, is glad with the way his skill set has come along.

“Two-and-a-half years ago I didn’t know how to throw a punch. I didn’t know how to throw a leg kick,” Hardy told reporters, including MMA Junkie, during a UFC on ESPN+ 39 virtual media day on Tuesday. “I’m so far ahead from what I was supposed to be and where I thought I’d be. We’re in a whole different planet and whole different organism. It’s inhuman.”

Hardy ranks his current state fairly high, but he knows there are other levels ahead.

“I’m reaching assassin level, man,” Hardy said. “I had some valleys to get over, I’m not going to lie. I had to go through some tough times, especially in my last two fights. The last one, I didn’t have to, but I prolonged it just to get some time in the ring. With Volkov, having to figure stuff out and being in there with an assassin, as you saw last weekend.

“If I was a C- or D-level fighter, yeah, I’d say I was a D level fighter. I think I’m in the B class (now). I’ve added some tools and knowledge to where I’m about to start finishing fights and head hunt, looking for a rank next to my name. It’s time.”

Hardy, who trained outside of American Top Team and instead with Din Thomas and Rashad Evans, believes he can be six months to a year away from being among the best heavyweights in the UFC.

Photos: Greg Hardy through the years 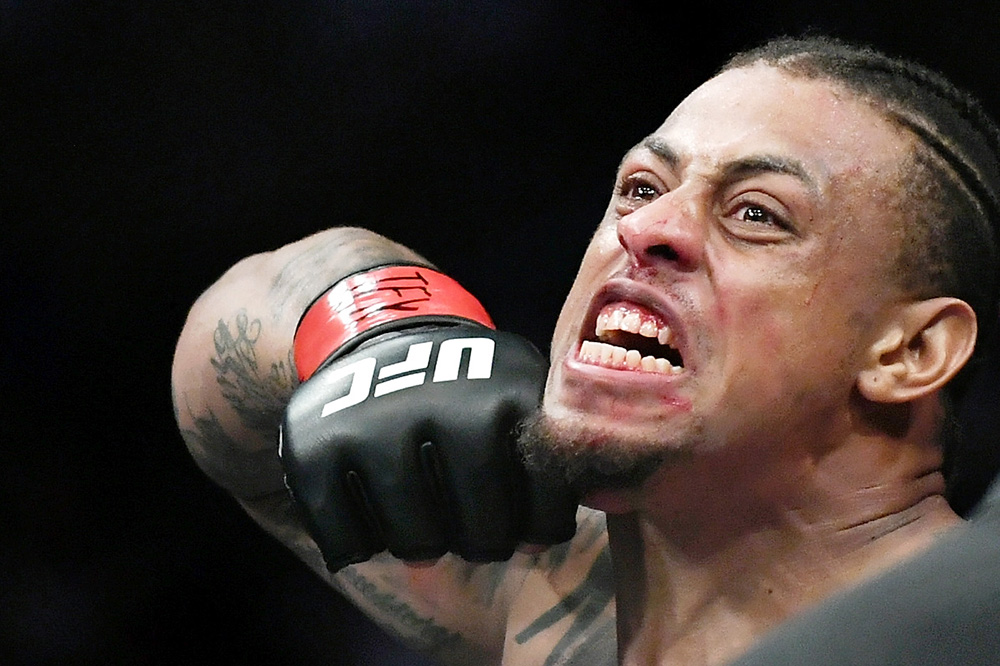