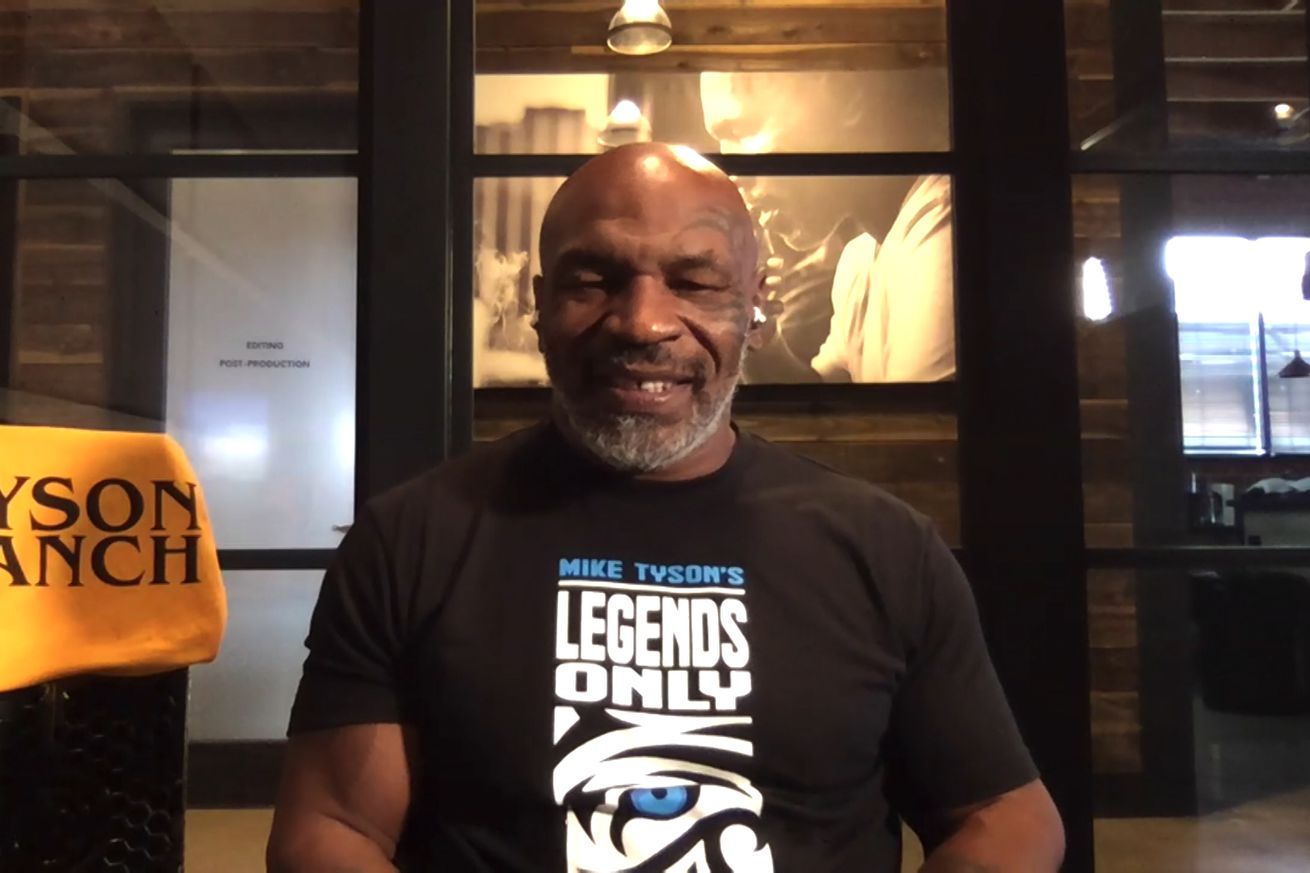 The World Boxing Council is sanctioning and scoring it. A “Frontline championship” is on the line. The combatants are set to wear 12-ounce gloves – not a lot of padding for heavyweight punchers. And they’re both sparring as if they’re going to fight. They expect the other will end up going for the knockout, intentional or otherwise.

If the Nov. 28 meeting between Mike Tyson and Roy Jones Jr. is an exhibition, it’s only so because the regulator sanctioning the event, the California State Athletic Commission, says it must be. Jones Jr. uses air quotes when he uses the word.

“If you think you go in the ring with Mike Tyson…the last guy to give an exhibition with Mike got dropped in the first round,” Jones Jr. said Thursday during a Zoom press conference in support of the bout, which takes place at Staples Center and is promoted by the social media platform Triller. “If you don’t know that, then something’s wrong with you. Who goes in the ring with the great, legendary Mike Tyson and thinks, oh, this is an exhibition. Twelve-ounce gloves, no headgear? Really? This is an exhibition? This is for real.”

That’s precisely the opposite of what CSAC Executive Director Andy Foster has said about the contest. The aging boxing legends “shouldn’t be going for a knockout,” he told BoxingScene.com. “They’re there to “spar hard.”

“This is not world-championship boxing right now,” Foster said. “It’s not what this is. People shouldn’t be getting knocked out. The public can see what kind of shape Roy and Mike are still in.”

Whether they should or shouldn’t, Tyson and Jones Jr. are advertising they will try to concuss each other. Real fights are what both are known for, and the more buys the event generates, the more they and the promoters profit.

In 2016, Tyson indeed participated in an exhibition match against a former training partner, Corey Sanders, on pay-per-view. The match, part of “Mike Tyson’s World Tour,” was characterized by some as a ploy by Tyson to shore up his finances after a decade of poor financial decisions that left him in dire straights. During the bout, Tyson landed a thunderous right hand on Sanders and held him up to prevent a crash to the canvas.

This time around, Tyson said he’s donating all of his purse to various charities. An entrepreneur with a strong stake in the marijuana cultivation business, he is far more stable than at the height of his troubles.

Few expected a comeback. But Tyson got the world talking when he posted a video of a pad session with famed MMA coach Rafael Cordeiro, and promoters and fighters fell over themselves to put him back in the ring. Jones Jr., a former champion across multiple divisions, won the sweepstakes, and promoters sold it to the CSAC as an exhibition.

Jones Jr. complained at the guardrails put on the bout: two-minute rounds instead of three.

On fight night, veteran referee Ray Corona will be there to make sure it doesn’t.

Tyson said he plans to continue competing after Nov. 28. At the end of the call, he told an up-and-coming boxer who posed a question about mindset, and he said he’s back to doing what he loves. That could either be promotional bluster, or a preview of rule violations to come.

“My intention is to go in there with the best intentions of my life and disable my opponent,” Tyson said.