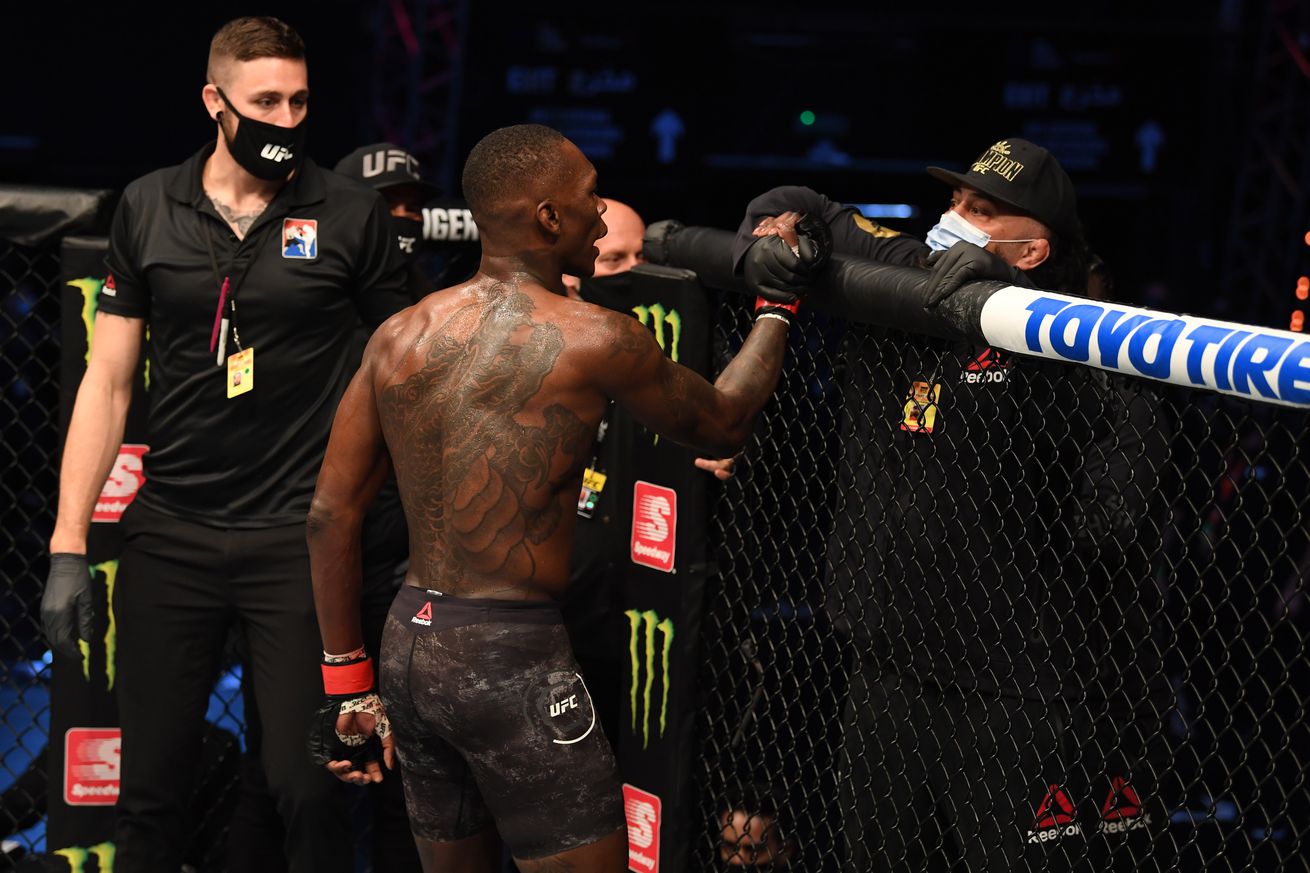 Israel Adesanya doesn’t care much what anybody thought about his chosen celebration after finishing Paulo Costa at UFC 253.

That said, the UFC’s reigning and defending middleweight champion believes that the overreaction to his actions and words following the fight had nothing to do with respect or honoring some unspoken code about martial arts.

As much as he doesn’t care about what anybody has to say about him, Adesanya felt completely justified to celebrate however he wanted in that moment even if that meant the post-fight humping that got everybody up in arms.

“I couldn’t give a f**k what they think to be honest,” Adesanya told MMA Fighting. “I didn’t even think about it. I didn’t even plan it. It was just justified. Like you know when you’re on ‘Call of Duty’ and you smoke someone with a head shot and then you go over them and then press circle, down, up, down, up, kind of tea bag them. That’s kind of what I did.

“What it is, is homophobia. People are just mad ‘why are you doing that, you’re not a man’ cause they feel inadequate. Questioning their own sexuality.”

Whether critics appreciated his move or not, Adesanya definitely isn’t losing any sleep over it but he felt that Costa’s behavior prior to the fight left him open to ridicule after he was finished inside two rounds at UFC 253.

For all the ways Adesanya has taken heat for his post-fight celebration, he believes his actions both before and after the event showed his respect for Costa even if the Brazilian doesn’t want to acknowledge it.

“Dude said so much sh*t to me leading up to the fight, insulted me in so many different ways,” Adesanya said. “That was pretty much a second after the fight was over and you expect me to be gracious? Are you f**king kidding me? I was gracious when I walked up to him and said ‘are you going to shake my hand?’ and he shook my hand and I said good fight, thank you. Thank you for the game. I was gracious when I secretly DM’d him and checked ‘how’s your leg?’ I just wanted to check on him.

If there’s a takeaway from this particular altercation, Adesanya warns future opponents to watch their words and actions when preparing to face him.

Acts of disrespect will be met with the same in return.