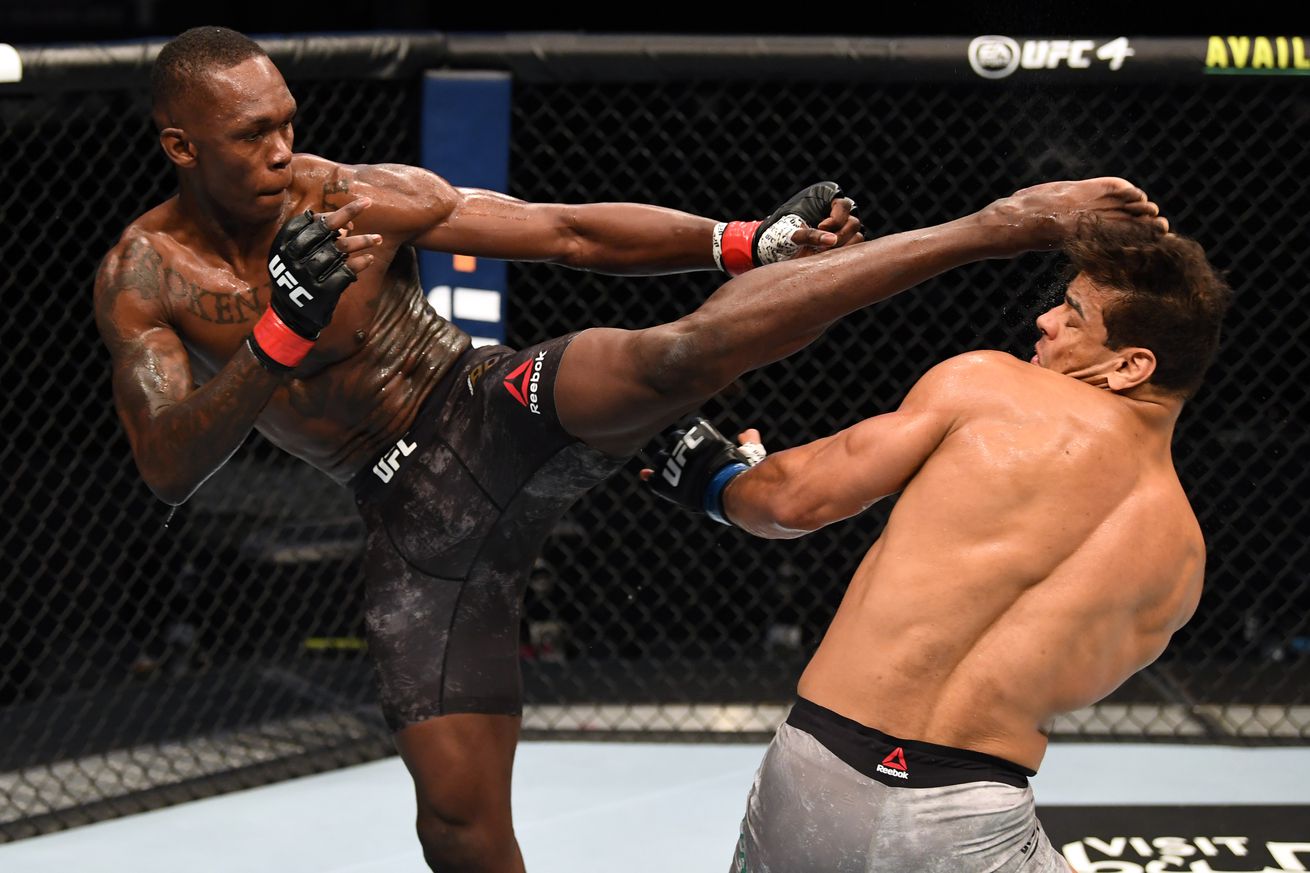 It was supposed to be the toughest challenge of his career, but Israel Adesanya made it look easy as he dominated Paulo Costa to retain his middleweight title in the UFC 253 main event.

“The Last Stylebender” predicted that precision would beat power and that’s exactly how the fight played out as he avoided just about everything Costa threw at him while chopping down the Brazilian contender with leg kicks throughout the opening round. Adesanya then finished the fight with a blistering counter left hand that put Costa down and out for the final time.

There was a lot of bad blood between the middleweights in the days and weeks leading to the event but Adesanya ultimately needed less than two rounds to dispatch Costa and hand him the first loss of his professional career.

“I see you media people with your little clickbait headlines. I had to make ya’ll remember.”

@Stylebender is the undefeated king of the middleweights.

Wary of the power coming from Costa early, Adesanya concentrated on leg kicks in the opening exchanges while looking to chip away at his opponent’s foundation. Rather than rushing ahead to close the distance, Costa countered with a couple of stiff kicks of his own to the body while inviting Adesanya to come after him.

As the fight continued, Adesanya was methodical while dishing out a steady diet of those same leg kicks with Costa willing to stand directly in front of him. While Costa was constantly taunting Adesanya, it was the former kickboxer turned UFC champion who was inflicting far more damage.

Midway through the second round, Adesanya’s leg kicks paid off when he was able to go up to the head where he connected and opened a cut over Costa’s eye.

With a dazed look in his eyes, Costa never really recovered as Adesanya saw the hurt painted all over his opponent and he knew the end was near.

At that moment, Adesanya welcomed an exchange on the feet where he showcased his dazzling defense and then tossed the counter left hand that ultimately led to the finish. As soon as the punch connected, Costa crumbled to the mat and Adesanya only had to threw a few more shots before the referee rushed into stop the contest.

The win moved Adesanya to 20-0 in his career, 9-0 in the UFC and he’s now a two-time defending middleweight champion. Never one to sit back and wait for the next challenge, Adesanya already had a name in mind as he looked ahead to UFC 254 in a few weeks when a former champion squares off with a top ranked contender at 185 pounds.

“I already DM’d Jared Cannonier. He’s a hell of a dude. I love his energy. He’s a beautiful man,” Adesanya said. “I said you destroy Robert Whittaker and you’re next.

“He’s the one I want to fight next. He deserves it. If he beats Robert Whittaker handily and dominates him, he’s next.”