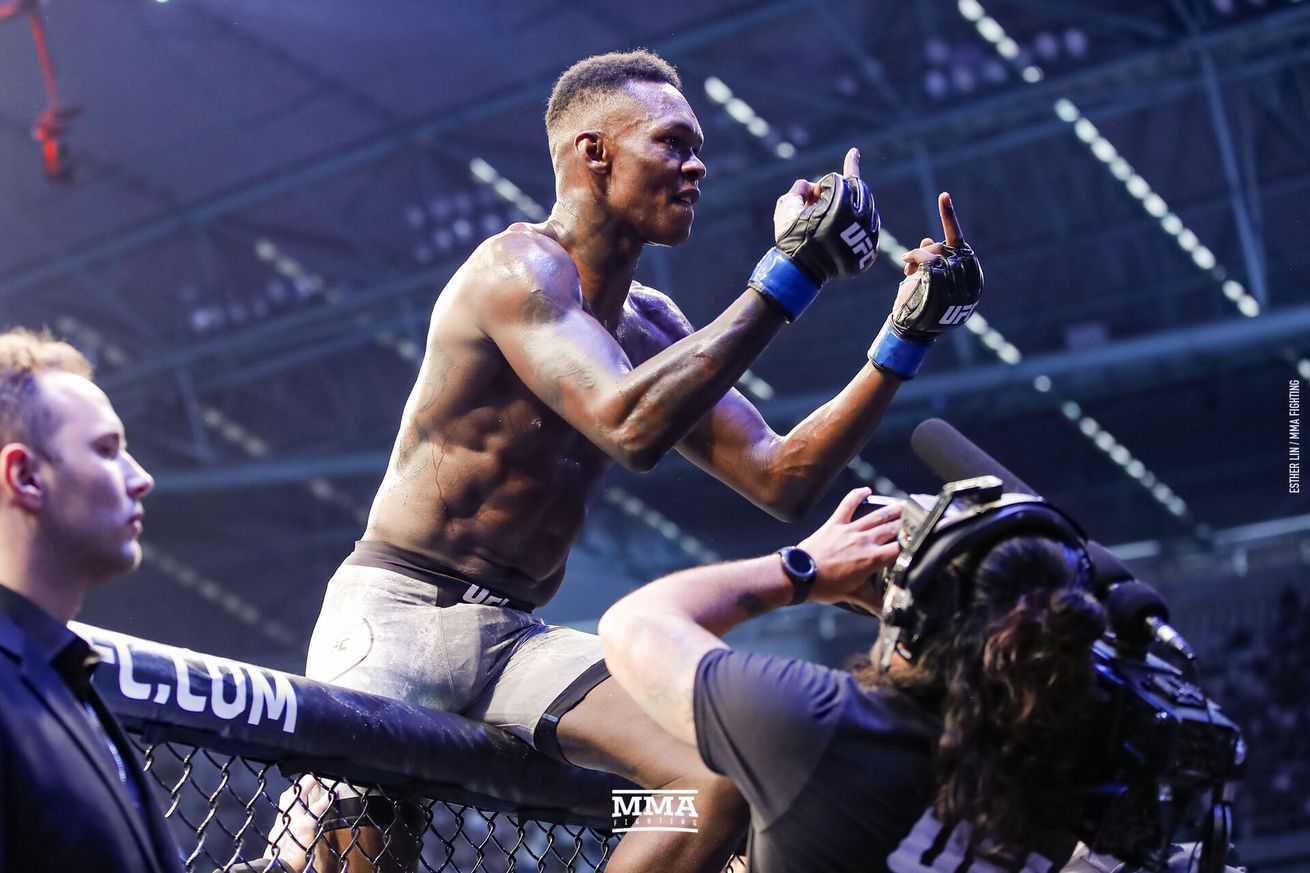 Despite competing in different divisions, the two UFC stars have been feuding for months now, with Adesanya teasing a move up to light heavyweight—or even heavyweight should that be where Jones ends up—to someday fight Jones. Adesanya’s successful middleweight championship defense against Paulo Costa this past Saturday at UFC 253 was followed by Adesanya reiterating that he still wants “to f**k up Jon Jones.”

Jones responded by saying he “would literally tear one of [Adesanya’s] arms off” if they fought and followed that up on Wednesday with a series of tweets taking shots at Adesanya.

One comment about Adesanya’s father—who Adesanya has said has played a significant role in guiding his career—seemed to strike a nerve with “The Last Stylebender” and he answered by writing that Jones’ mother would be “disappointed in who you’ve become.”

I’m curious to hear what his father tells him when he asks about fighting me. I wonder if his father believes he’s ready? Eugene definitely doesn’t

My pops already told me how I’d beat you. Trust me he knows.
Your mom would be disappointed in who you’ve become. https://t.co/CGGykYXSNn

“My pops already told me how I’d beat you,” Adesanya wrote. “Trust me, he knows. Your mom would be disappointed in what you’ve become.”

Sensing a potential backlash, Adesanya has already followed up on his comments regarding Jones’ mother, offering a pair of reasons to justify his response:

So to get ahead of all the bullshit coming. My statement below.
Lol if Jones has this much knowledge about the fight game and fame game he woulda known not to run back to the car to get the money and coke. Dumbass. pic.twitter.com/pJnNTGqsNV

“1) Jones first called me out on TMZ, then I responded and here we are,” Adesanya wrote.

“2) Jones brought my family into this. Dead or alive keep my family out of this cuz this is my job.

“He starts it, I always finish it.”

Jones has yet to acknowledge Adesanya’s response, but below you can read the other comments he made prior to bringing up Adesanya’s father Oluwafemi and coach Eugene Bareman.

1. Dye my hair pink
2. Grow a pair of breasts
3. Convince the world Jon Jones is jealous even though he’s undefeated, incredibly successful and the youngest champion in the sports history.
4. Mentioned Jon Jones in all interviews but avoid fighting him at all costs

One breast for now https://t.co/jsAZCXnOoO

Oh it has, he just hides it real well. Dudes a straight bitch https://t.co/ulTeLtleBt

Who knows if promoters were testing in those little bomb ass shows. https://t.co/y8Bml3ttB9

I know, and trust me I’m focused on the goal. Just tell your boy to keep my name out of his mouth and I won’t have to fry his ass up like this https://t.co/udF0smtyNT

Exactly what I meant.. Racking up wins over no one I’ve ever heard of. https://t.co/VoXCDZhJX2