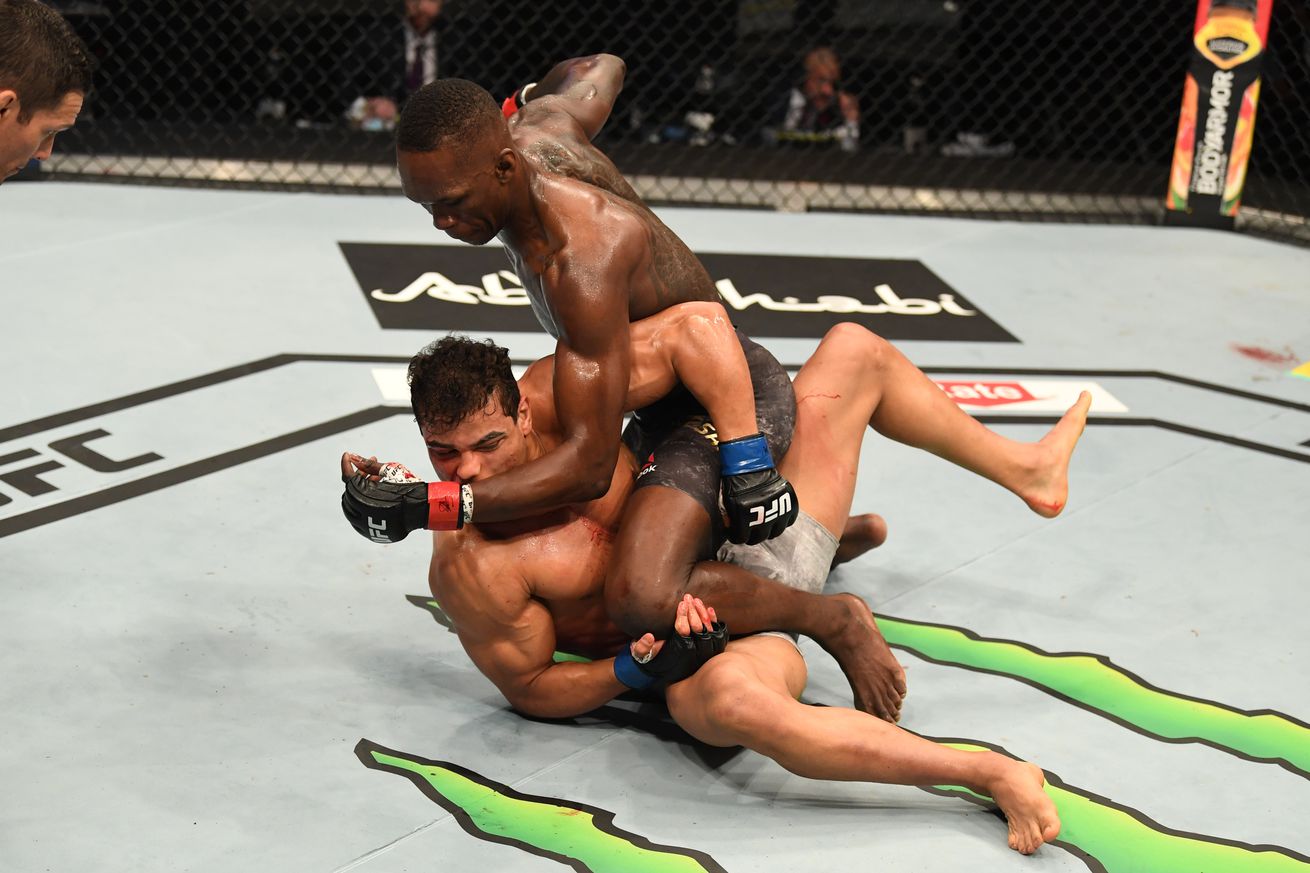 Israel Adesanya heard all the stories about Paulo Costa’s ferocious power and how the Brazilian was allegedly going to take his head off at UFC 253.

Instead, “The Last Stylebender” put on a masterful performance, chopping the Brazilian down in the opening frame with a series of blistering leg kicks before setting up a head kick and a combination of punches that put Costa down for good in the second.

While UFC President Dana White had big expectations for the matchup, calling it the “Fight of the Year,” Adesanya knew without a shadow of a doubt that Costa’s game plan would ultimately be his undoing.

“After the first round,” Adesanya told reporters, including MMA Fighting, at the UFC 253 post-fight press conference when asked when he knew the fight was over. “I was so fresh. I looked over and I could see he was sitting down. In the second round, his antics, what they want — they want me to stand there. ‘Come, come, why you running, come here.’ They just want me to stand there so you can punch me.

According to Adesanya, every past opponent who faced Costa in the UFC made the same cardinal mistake and it cost them. That’s how he knew to avoid the Brazilian’s powerful strikes, and why he made a potentially tough fight look very easy.

The win on Saturday night put Adesanya’s record at 20-0 overall, but that only accounts for his career in MMA.

As Adesanya explained it, his experience in combat sports goes far beyond what he’s done in MMA – or more specifically what he’s been doing in the UFC. All of that past knowledge helped him put together the perfect strategy that allowed him to dispatch Costa in under nine minutes of total cage time.

“This was my 100th win in combat sports all around,” Adesanya said. “Listen, one fight, two fights, three fights, four fights, five fights, six fights, all the way to a f**king hundred. I’ve had over 100 fights. I’m not a f**king baby in this game.