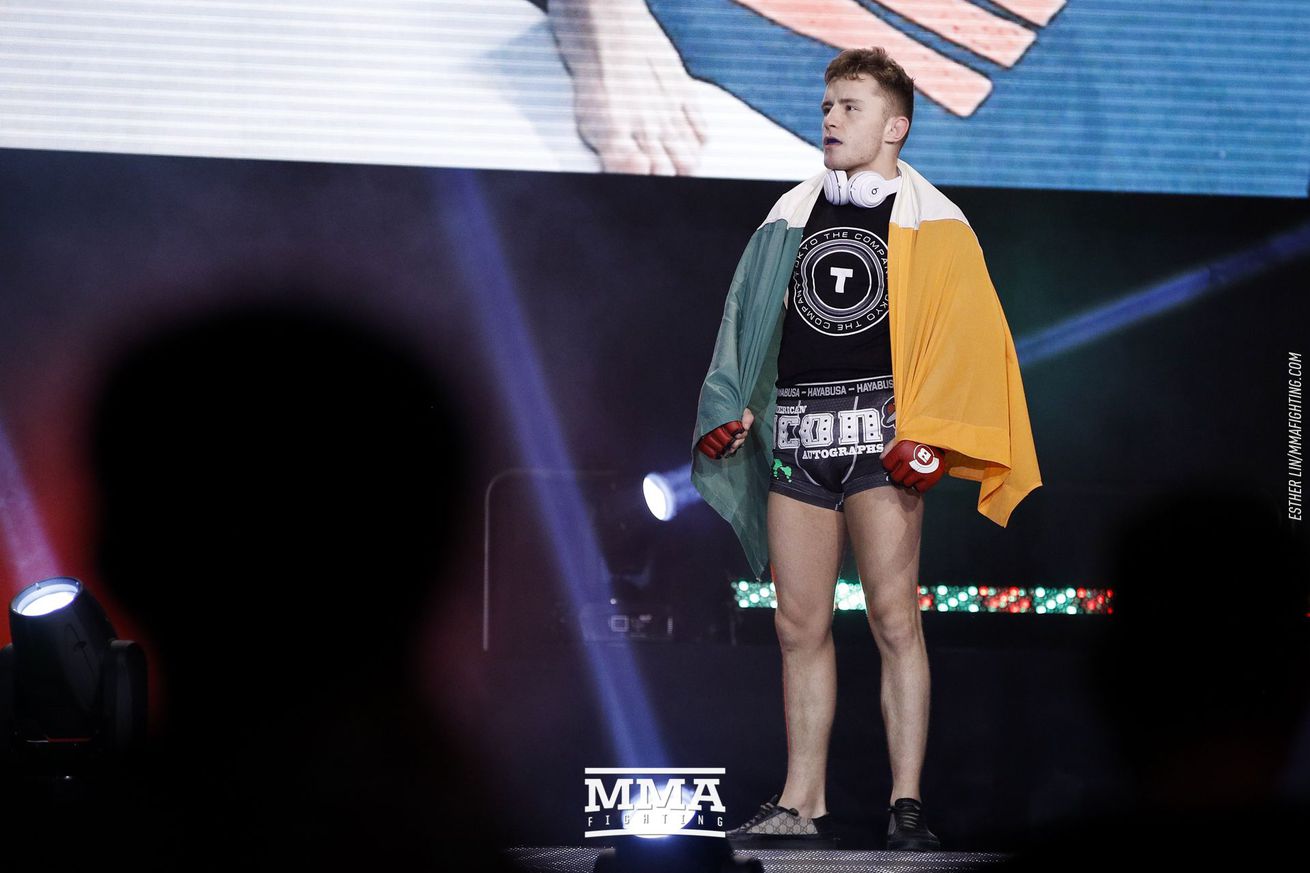 James Gallagher made it look easy in the main event of Bellator Euro Series 9 on Saturday, and wants to put the rest of the bantamweight division on notice.

“The Strabanimal” landed an early takedown and took the back of Cal Ellenor for almost the entirety of the first round before finishing the fight with a rear-naked choke. It was Gallagher’s fourth consecutive victory, and his ninth career submission win.

When asked to send a message to his fellow bantamweights after the win, he summed it up simply.

Heading into the fight, Gallagher expressed interest in facing Sergio Pettis should he be victorious over Ellenor. He didn’t call for Pettis by name after the impressive win on Saturday, but said it doesn’t matter who Bellator puts in front of him next.

“I’m the only one in the division that matters,” Gallagher stated. “I don’t give a bollocks. They all need me.”

Over the last several weeks, Bellator has signed a slew of free agents and surging prospects. One of which is former UFC bantamweight Brett Johns who made it clear on Twitter following Saturday’s headliner that he was watching Gallagher’s performance very closely and wasn’t impressed.

The 23-year-old is on a mission to become the Bellator bantamweight champion and knows the rest of his division still isn’t taking him seriously. He’s fine with that, but hopes his rivals can be original in their trash talk moving forward.

“They always tell me to be original, ‘Be yourself,’ and then the whole division is gonna say the exact same thing,” Gallagher asked. “They’re copying each other and they’re telling me to be original? Do you not see the pattern that everyone’s following?

“They’re all reading each other’s tweets and switching a couple of words around. It’s laughable.”