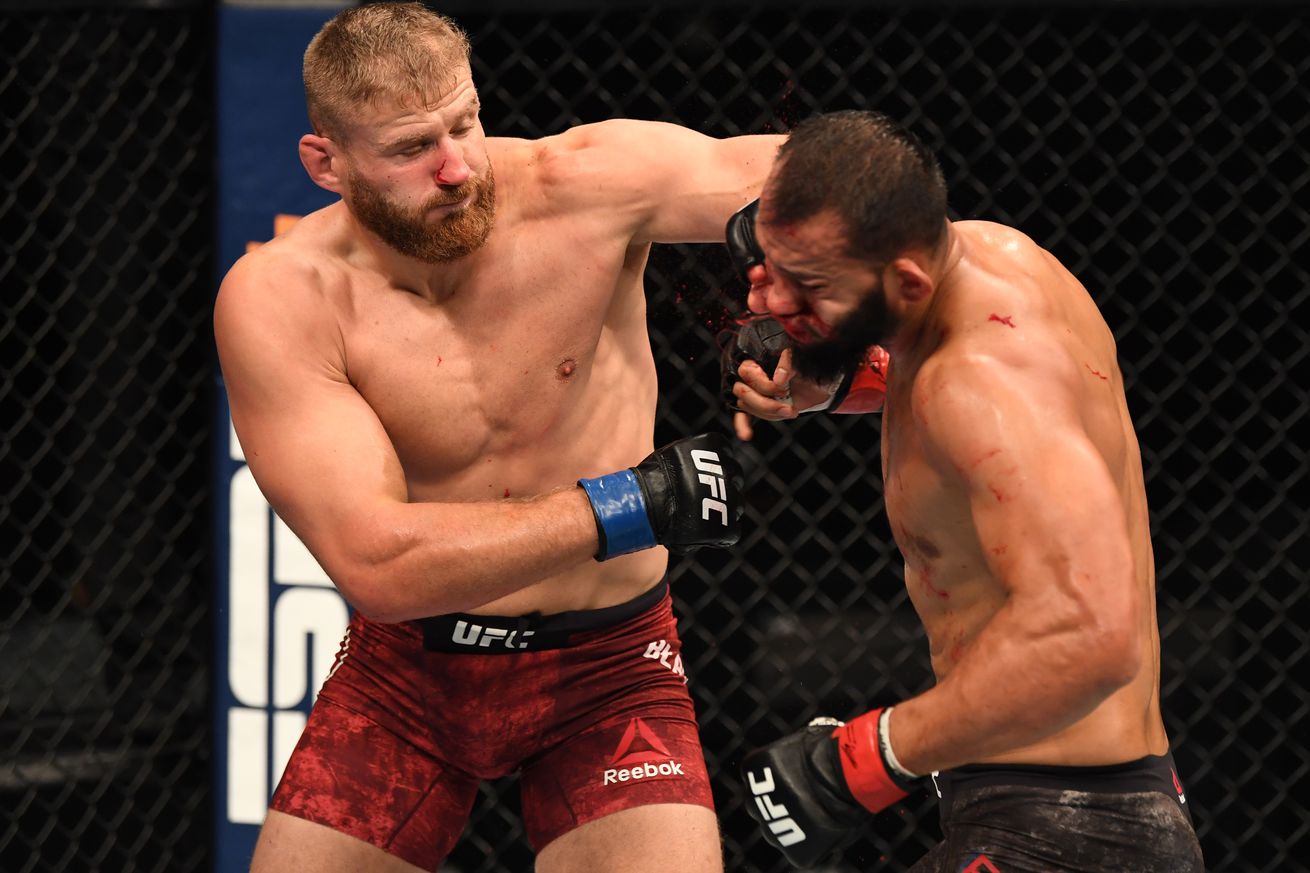 A new king has been crowned in the UFC light heavyweight division as Jan Blachowicz ascended to the throne with a second round knockout over Dominick Reyes.

Displaying what he calls his legendary Polish power, Blachowicz mashed Reyes’ nose during one exchange and then finished the fight with a powerful left hand that put the two-time title contender down on the ground. A couple more punches followed but the fight was already over as Blachowicz was pulled away by the referee as he began celebrating his victory to claim the vacant 205-pound championship.

“This is nothing new for me,” Blachowicz said after his win at UFC 253. “It’s just fun. Soon I’m going to be a father, this is what I’m afraid of the most but also really happy. I was ready for everything. Abu Dhabi is made for me.”

There were a lot of kicks being thrown from the light heavyweights during the opening round as Reyes and Blachowicz looked to set the pace. Blachowicz was the more active fighter while targeting the body with those kicks and then going back up to the head with his punches.

By the close of the first round, a huge welt had formed on Reyes’ side thanks to the repeated kicks from Blachowicz.

While Reyes started throwing with more volume as time passed, Blachowicz continued to connect with the better overall strikes. That paid off as Blachowicz surged forward with a stinging combination including one punch that twisted Reyes’ nose across his face.

A moment later, Blachowicz rushed ahead with another flurry of punches including a left hand that crashed into Reyes’ jaw and sent him down to the canvas. Blachowicz continued to throw powerful shots until the referee yanked him off Reyes to stop the fight.

Blachowicz did not have an easy road to win UFC gold but with an 8-1 record in his past nine fights including four victories in a row capped off by his knockout against Reyes, he has now cemented himself as light heavyweight champion.

Of course, Blachowicz didn’t forget about the man who previously held the title, who surrendered the belt earlier this year with the intention to test himself in the heavyweight division.

“Jon Jones where are you?” Blachowicz shouted at the former champion. “I’m here. This is how we do it in Poland. I’m waiting for you.”