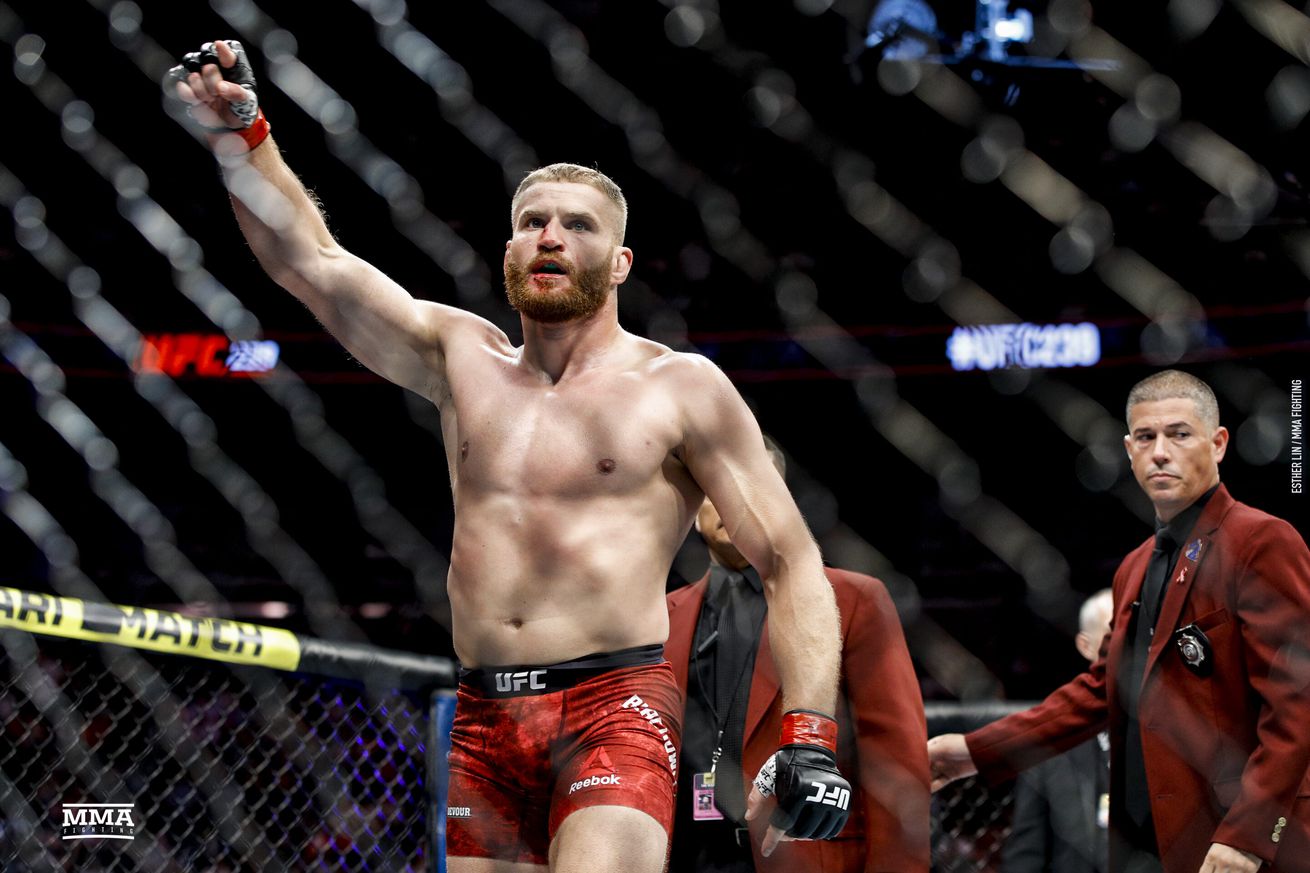 If Jan Blachowicz can’t get his hands on Jon Jones, he has another former UFC champion in mind for a future title defense.

Blachowicz won the undisputed light heavyweight championship at UFC 253 this past Saturday with a second-round TKO of Dominick Reyes. The title had been vacated by Jones, and Blachowicz’s win made him the first man not named Jones or Daniel Cormier to hold the belt since March 2011.

Immediately after his win, Blachowicz called for a fight with Jones, who teased having a mutual interest despite making overtures towards the heavyweight division recently. On Tuesday, Blachowicz followed up that callout with one directed at Cormier.

Hey @dc_mma! If you have so much to say about me, get your fat ass off the couch and come to the Octagon.
I’ll teach you some respect. pic.twitter.com/cBVl1shLY3

“Hey [Cormier]!” Blachowicz wrote. “If you have so much to say about me, get your fat ass off the couch and come to the Octagon. I’ll teach you some respect.”

The callout was accompanied by an animated GIF of a shirtless Cormier dancing, which originated from a satirical music video filmed in 2015 for the Fighters Only World MMA Awards.

Like Jones, Cormier is not currently expected to compete at 205 pounds anytime soon. The former two-division UFC titleholder officially announced his retirement in August following the conclusion of a heavyweight championship trilogy with rival Stipe Miocic.

There are several possible explanations for Blachowicz’s callout. Cormier sent out a brief clip on social media shortly after Blachowicz’s win, in which he referred to Blachowicz as being “a bit slow” but was otherwise highly complimentary of the Polish star.

All hail the king!! @janblachowicz is the new ufc champion. My goodness pic.twitter.com/56K4BgCe1h

Speaking to ESPN on Monday, Cormier suggested that Blachowicz would be an underdog in fights against himself or Jones.

“If I’m Jones, I’m doing it,” Cormier said of Blachowicz’s Saturday night callout. “I’m doing it if I’m Jones… Jones beats Blachowicz. (He’s) too slow to beat (Jones). The thing about Jones that people don’t realize he’s got a good chin. You can hit him. I hit him. A lot of us hit him. He can take punches, man. If Jan Blachowicz is out there and he’s too slow, Jones will pick him apart. God, I can’t believe it.

“Look, if I was still fighting at 205 or if I was still fighting today and you said, ‘DC, you can fight Jan Blachowicz,’ I’d probably fight Jan Blachowicz. No disrespect, just because I think… it’s surprising, right? When you have the footage of people getting old victories over him, you think you can do it too. Any fighter does. And if you’re a guy like myself or Jones, then, of course, you think you can beat him. That’s why Jones will go fight him.”

Cormier responded to Blachowicz’s response with his own tweet on Tuesday, essentially defusing the situation.

No chance champ, congrats on a big win. You’re the man! You’re the king now, you shouldn’t worry bout what an old retired man is saying. Great job getting that title! https://t.co/9upejqah5P

“No chance champ, congrats on a big win,” Cormier wrote. “You’re the man! You’re the king now, you shouldn’t worry bout what an old retired man is saying. Great job getting that title!

In all likelihood, Blachowicz is just hunting for big names to add to his title fight resume. He has now won eight of his last nine fights, with notable victories over Reyes, Corey Anderson, Ronaldo “Jacare” Souza, Luke Rockhold, Jimi Manuwa, and Jared Cannonier.