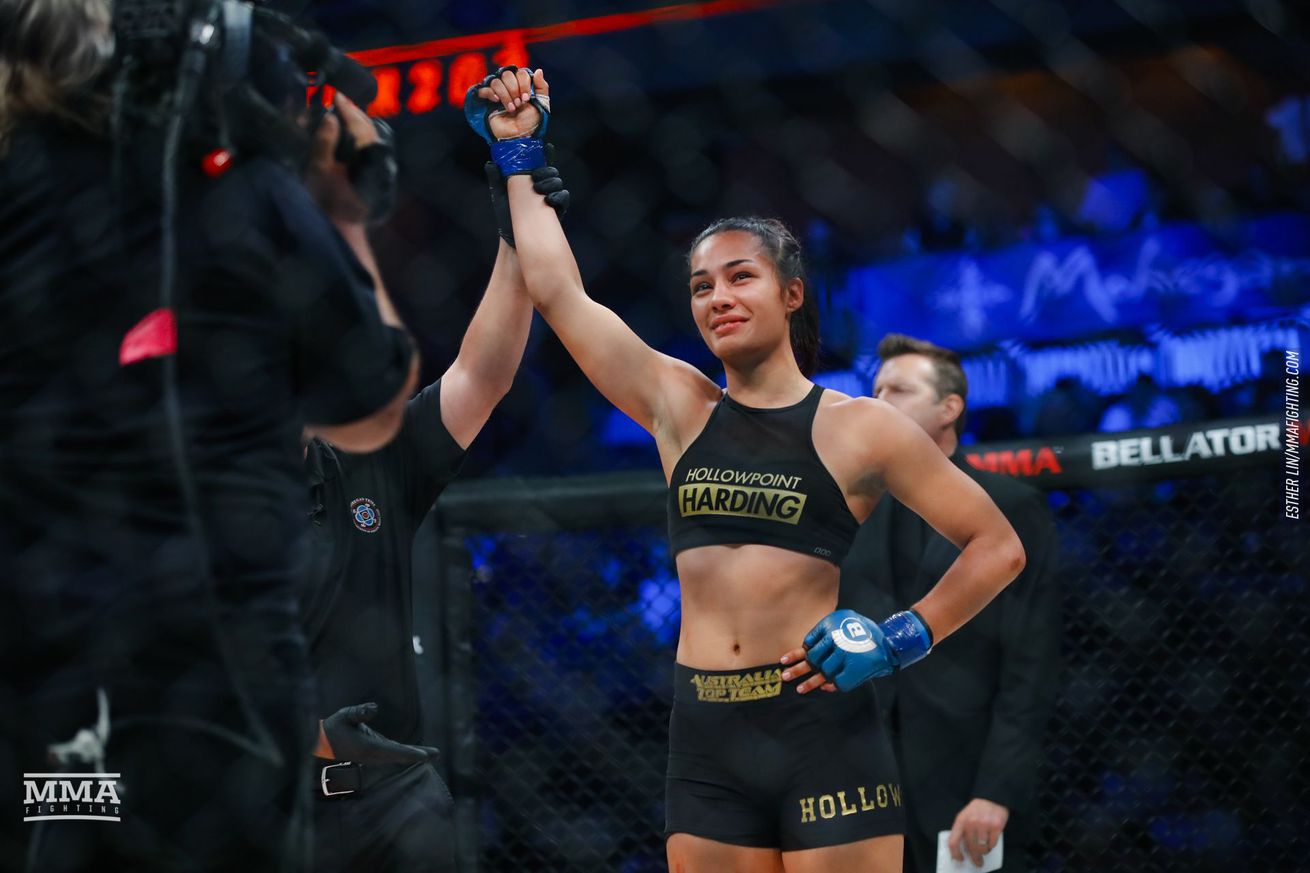 Featherweights Janay Harding and Jessy Miele have been added to Bellator 251.

An official told MMA Fighting that Harding (5-4) and Miele (9-4) will meet in a featherweight bout on the preliminary card of the upcoming Nov. 5 event at Mohegan Sun Arena in Uncasville, Conn.

Harding makes her first appearance of 2020 after seeing a May 16 bout opposite Leah McCourt canceled due to the coronavirus outbreak. “Hollowpoint” lost her most recent bout to Amanda Bell after picking up back-to-back wins over Marina Mokhnatkina and Sinead Kavanagh.

Miele is coming off of a unanimous decision loss to former Bellator champion Julia Budd in the co-main event of Bellator 244 in August. Prior to that “The Widowmaker” was on a four-fight win streak, including a split decision win over Talita Nogueira in her Bellator debut in October 2019.

Bellator 251 will be headlined by a light heavyweight bout between Melvin Manhoef and the debuting Corey Anderson. The main card airs live next Thursday at 7 p.m. ET on CBS Sports Network with the prelims available to stream on MMA Fighting.