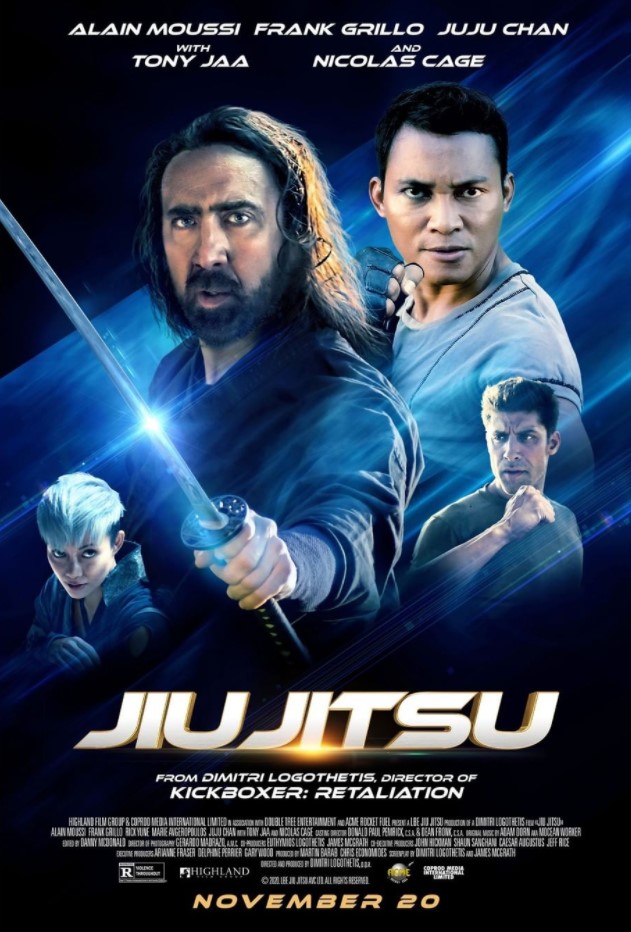 The movie Jiu Jitsu, directed by  Dimitri Logothetis and filmed in the course of  2019 and 2020, is almost ready to go, and its release is scheduled for late this year. The production company says the filme will available on Nov. 20 in U.S. and Canadian theaters.

Logothetis, who directed the two most recent sequels of the Kickboxer franchise, made Jiu Jitsu based on the comics of the same name written by him, telling a science fiction story where jiu-jitsu fighters fight aliens every six years to save Earth from alien domination. Alain Moussi, a real-life black-belt, is the lead, with Nicolas Cage playing Wylie. The coral-belt Rigan Machado is also part of the cast.

In Jiu Jitsu, every six years, an ancient order of expert Jiu Jitsu fighters faces a vicious alien in a battle to protect Earth. For thousands of years, the fighters that protect Earth have played by the rules . . . until now. When celebrated war hero Jake Barnes (Alain Moussi) is defeated by Brax, the Alien invader, the future of humanity hangs in the balance. Injured and suffering from amnesia, Jake is rescued by Wylie (Nicholas Cage), Keung (Tony Jaa), Harrigan (Frank Grillo) and his team of fellow Jiu Jitsu fighters. They must help Jake to regain his strength in order to band together and defeat Brax in an epic battle that will once again determine the fate of mankind.