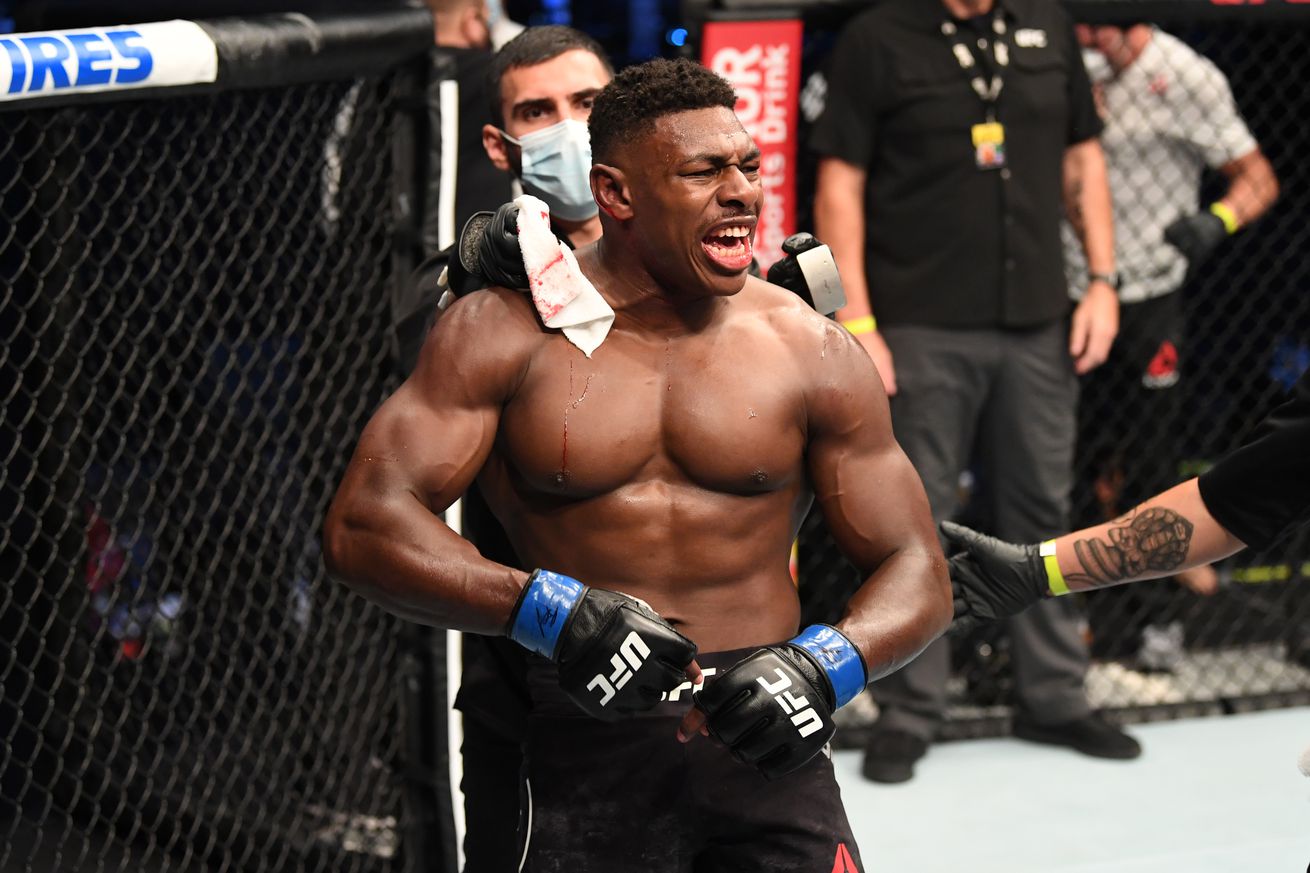 Buckley’s spinning back-kick didn’t just knock out Kasanganay – it also took out the processor on his cell. But that’s what you get when you’re up to 70,800 Instagram followers (as of this writing) from 2,500. He hasn’t even checked his DMs yet.

“Every time I get on it, it freezes up, because it doesn’t know how to act with everybody following me and liking me,” Buckley told What the Heck.

Websites are debating whether it’s the best knockout in UFC history. If nothing else, it might be the most iconic. Late Tuesday, Kanye West used the clip of Buckley’s knockout to promote a new track, possibly guaranteeing a call from the UFC’s legal team.

Buckley will let others decide whether he’s the new knockout king. If he’s voting, there’s a another candidate for best-ever.

“I’d give myself the ‘Knockout of the Year,’ but my favorite knockout is Dan Henderson with the ‘H-Bomb’ over [Michael] Bisping,” he said. “That’s always going to be the most devastating, vicious knockout to me.”

If you’re wondering what the perfect hit feels like, there’s no great mystery for Buckley to report. The acrobatic kick was something he took from old-school taekwondo and rehearsed on heavy bags, saving his training partner’s teeth and brains, no doubt. When it landed for real, all he could tell was that he’d made serious contact.

“I wasn’t able to see the reaction of him until I turned all the way around,” he said. “I knew I had hit him hard enough to at least knock him down, if not knock him out. So when I turned around, I was going to rush him to finish the job. But once I saw his body lock up, I knew that was game over. There was no need for any unnecessary punishment.”

The most serious consequence of the fight was the damage to Kasanganay, who toppled over and hit the canvas hard. A replacement for Abu Azaitar, Kasanganay took the bout on around two weeks’ notice.

Humble and hardworking, Kasanganay had battled to get on the Contender Series and earned a UFC contract just two months ago. Just two weeks after signing, he’d stepped in to the octagon and picked up his first octagon win.

“Impa’s one of the best guys ever,” Buckley. “I wish we didn’t have to get in the cage with one another, because he just seems like a whole other brother I’ve never met. He introduced me to his father and his team and gave me words of encouragement. I wish the guy I was supposed to fight would have stayed in there. That kick would have been perfect against him.”

Nothing But Love For @impak5 He is not only a great fighter but a better man never showed any type of disrespect and never allowed himself to step out of his character. We’re both strong believers in God and I know that it was in Gods Plan. So I give all credit to God for the victory just like I gave him all the credit in my loss. It was a lesson he was teaching me inorder to prepare me for the moment I am in now. God has something Great in store for @impak5 #GodIsGreat #GodWillNeverFailYou #OnlyPropelYou

Still, the future looks brighter than ever for Buckley, who rebounded in the biggest way possible from a KO loss to Kevin Holland in his previous performance. He’d like to keep momentum and fight again in November or December.

Although he hasn’t checked his DMs, a friend has reported one that got his attention.

“If James Krause wins his fight, I might need to fight him, since he had some things to say on Instagram,” he said.

Buckley isn’t one to break “man code.” But the gist of it is that Krause dismissed him as a no-name. On no planet can Krause say that now, but Buckley is happy to make the veteran answer for it.