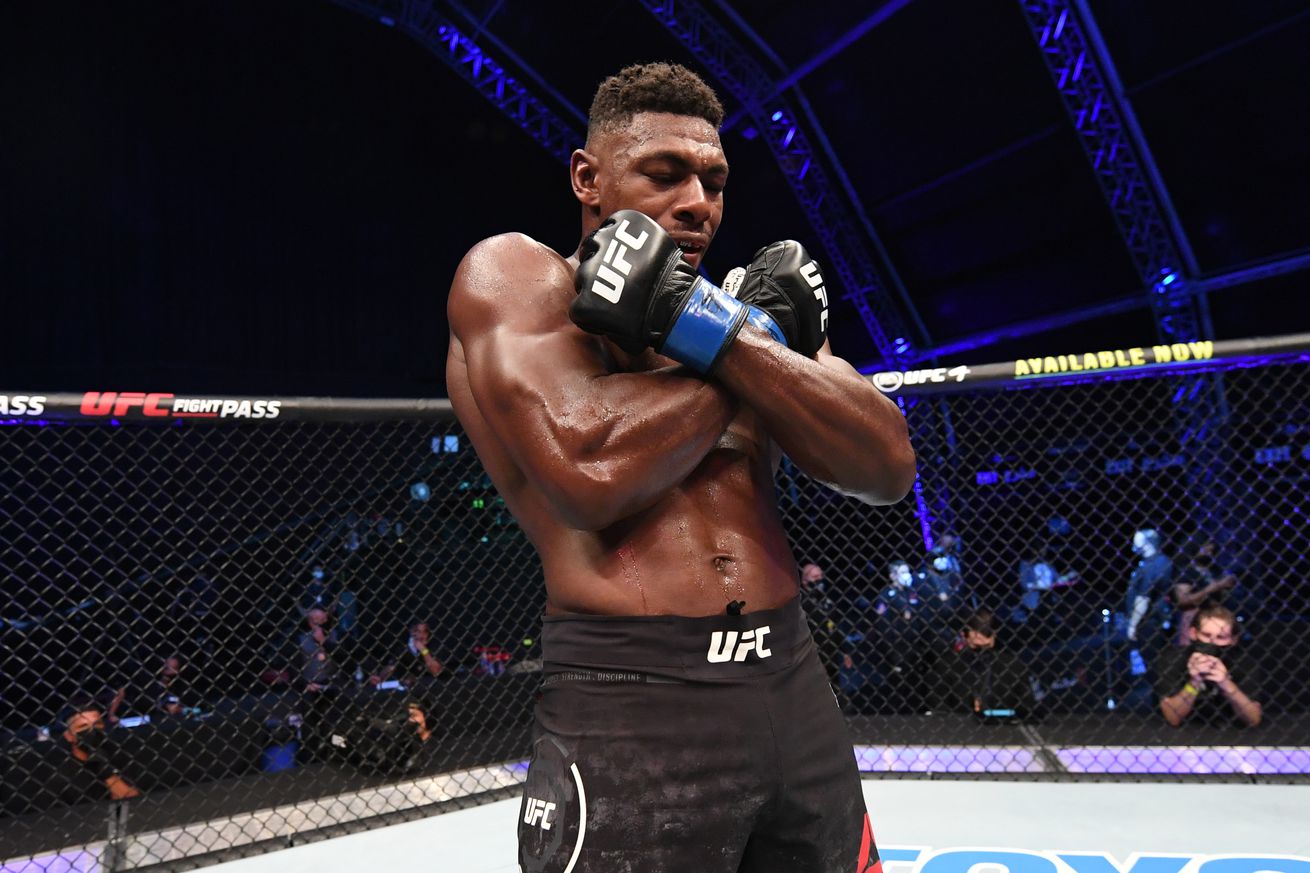 Joaquin Buckley is a shoo-in for a performance bonus, but he may also have earned himself the “Knockout of the Year” in 2020 at UFC Fight Island 5.

After opponent Impa Kasanganay caught a kick, Buckley landed a jumping spinning kick right to the face of his opponent and knocked him stiff during the event’s preliminary card in Abu Dhabi.

UFC President Dana White already took to social media to award Buckley one of the night’s $50,000 bonuses, which would certainly compliment his first promotional win quite nicely.

“At the end of the day, a lot of people don’t know anything about fighting, and they only follow the person with the most follows,” he added. “I’d rather just stay under the radar and do what I’m doing.”

Buckley told Dan Hardy following the win that the kick is a move he works on quite a bit in the gym. When asked backstage if it was part of the overall game plan for the 185-pound contest, he said he knew there was a potential opening for it.

“I was conscious of it because he caught my foot the first time,” Buckley said. “I was hesitant to throw it then, but the second time was like, why not? When I threw it, I connected, I just didn’t know that I knocked him out until I seen his body go stiff and thought, ‘Oh, yeah. That’s game over.’”

While terms like, ‘ninja style’ have been thrown about for the unbelievable finish that will be on highlight reels for years to come, Buckley is more geared toward superhero Black Panther.

If you haven’t seen it, check out the amazing finish below: