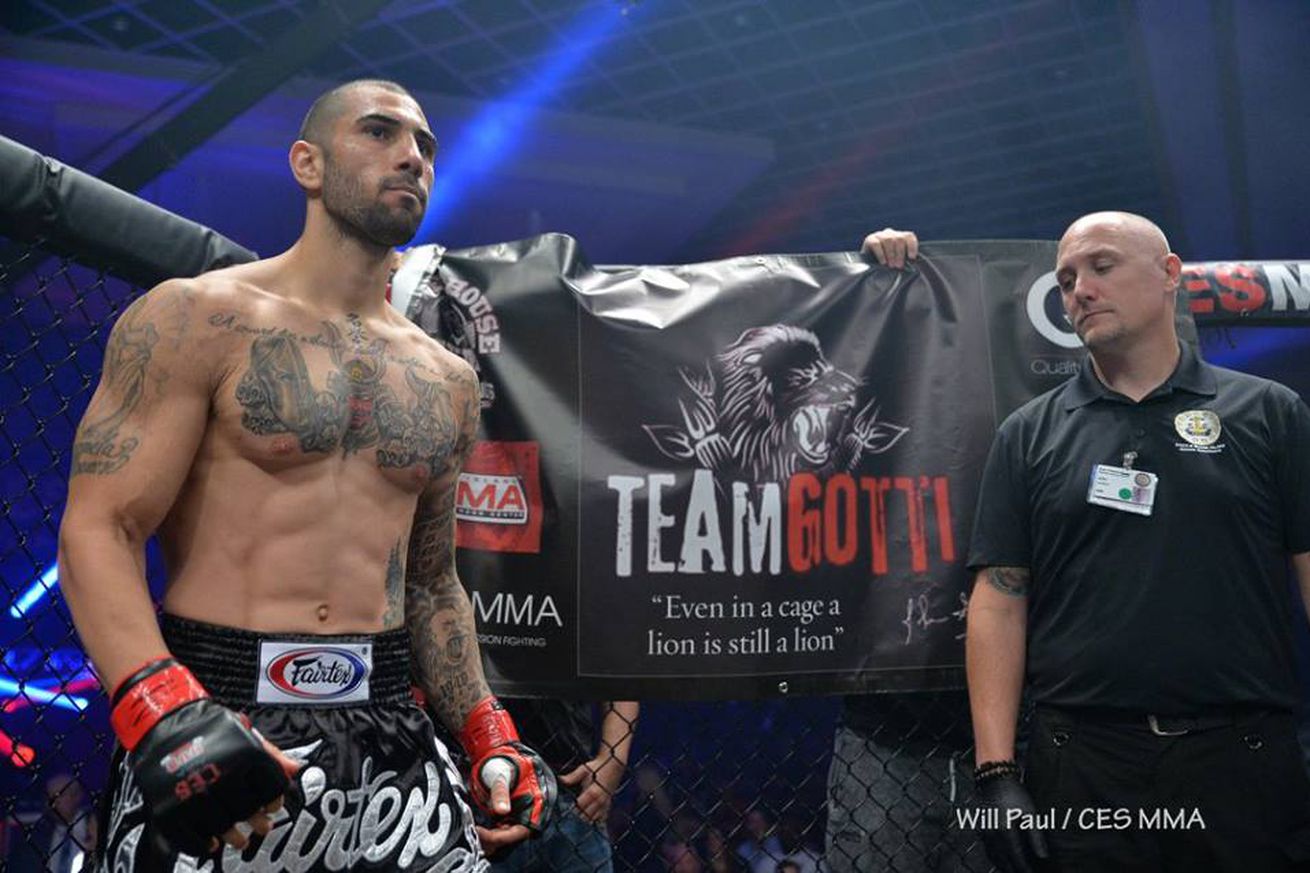 John Gotti III wants to create his own path as one of the top welterweight prospects in the sport, but he is proud of his last name and the attention that comes with it.

Gotti III will look to improve to 6-0 when he faces Nick Alley in the main event of CES 61 on Oct. 14, which takes place inside “The Tent” at the Crowne Plaza in Warwick, R.I. The event streams live on UFC Fight Pass.

The 27-year-old is the grandson of infamous mob boss John Gotti, which strikes most headlines every time he competes. Gotti knows that will be something he’ll deal with throughout his career, especially when he takes the expected step to the UFC, Bellator, or another high-level promotion.

“Every time I do fight, it’s gonna be brought up and it’s gonna be mentioned because I have the exact name,” Gotti told MMA Fighting while appearing on What the Heck. “I’m not ashamed of it. I embrace my name. I’m proud of my name and I’m gonna do the best I can to represent my name so my sons, my grandsons, can walk proudly.

“I’ll walk through fire with my name, raise the black flag always and I’ll go to war for my name. I’m proud of it but it is what it is. It’ll always be mentioned when I fight because it’s the elephant in the room. I don’t get annoyed by it at all.”

After four consecutive first-round finishes to kick off his pro career, Gotti faced his most experienced opponent to date at January’s CES 60 event in Marcos Lloreda. For the first time in his young career, the Long Island MMA standout went to the judges’ scorecards and was able to earn a unanimous decision in a back-and-forth battle.

Now he faces, Alley (6-3), who is riding a three-fight win streak, all by submission. The Hookset, N.H., native jumped on this opportunity after his scheduled fight with UFC veteran Marcus Davis for New England regional promotion Premier FC was cancelled due to COVID-19 concerns.

With around a month to prepare for Alley, who has yet to go the distance in any of his pro fights, Gotti feels as if he’s got answers for everything his opponent brings to the table.

“I heard about Nick over the years on the regional scene,” Gotti said. “I’m definitely familiar with him. He’s a tough kid, comes from a good school so I’m sure he’s training his butt off for this fight. I’m sure they have a solid game plan they’re bringing, but we’re ready for anything. I have a good team at Long Island MMA with Ryan LaFlare who’s helping me come up with my own game plan. We’re ready for anything.”

Gotti said that he’s been motivated by teammate Brian Kelleher’s active 2020 in the UFC’s octagon and is looking forward to competing without fans. The 170-pound prospect is one of the biggest draws on the regional scene, packing houses for all of his CES fights, but admits he likes to keep to himself for the most part and leads a simple life—which makes the empty arena setting something that’s quite suitable.

When it comes to a prediction for the fight, Gotti expects his hand to be raised at the end. Whatever openings Alley provides he’ll be happy to take.

“I’m gonna fight smart and fight my game,” Gotti explained. “I’m gonna look to pick him apart and see what he brings. He’ll have a game plan and try to pull some slick stuff, some submissions and things like that. I got hard sparring for this camp with different guys—some middleweights, light heavyweights and some bigger guys.

“I’ve been pushed to the max for this camp so I’m ready to fight and have a slice of pizza or something (afterwards).”

Prior to his last fight, UFC president Dana White tweeted that Gotti was about to make the walk, which was something that caught a lot of people’s attention, including Gotti himself.

John Gotti III is undefeated with all of his wins coming via 1st round TKO. He fights LIVE TONIGHT on @ufcfightpass.

With White clearly intrigued by his progress, Gotti plans to remain patient and focus on improving in the always-evolving sport of mixed martial arts. Should he have an impressive showing in the CES 61 headliner, Gotti believes a big opportunity may come—whether it be a shot on the Contender Series, an offer from the UFC, or, perhaps, even a call from Scott Coker and Bellator.

Although it’s a possibility, Gotti is still taking things one fight at a time.

“I think there’s gonna be a lot that comes from this fight,” Gotti stated. “If we win impressively, I’ll sit down with my team to discuss the rest of the year and see what the next steps are. They may be a big next step, it may be a tiny next step, but there will definitely be something big depending on how we look here.