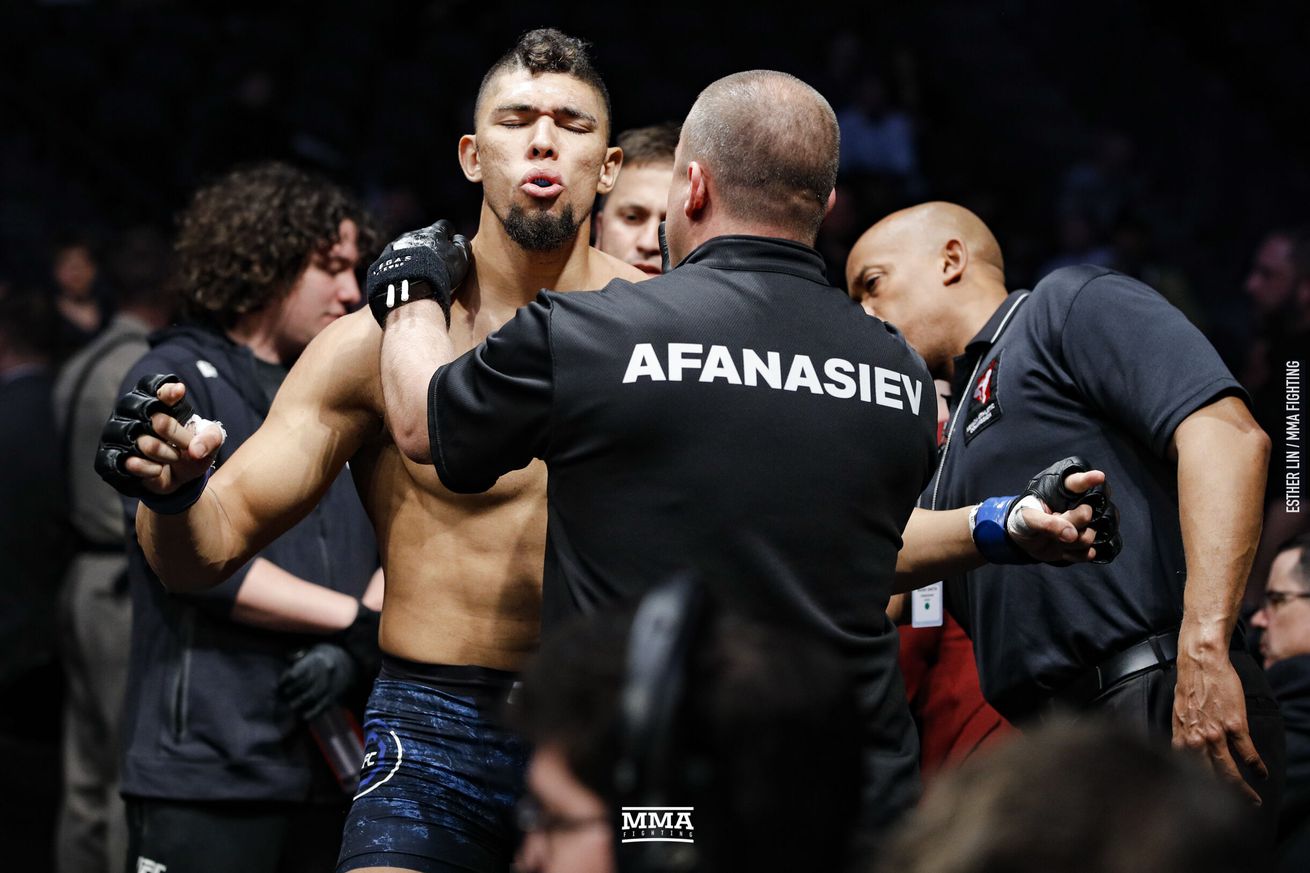 Johnny Walker will return to the octagon on Sept. 19, taking on Ryan Spann in Las Vegas. | Esther Lin, MMA Fighting

Johnny Walker believes Jon Jones would be successful if he moves up to heavyweight next.

Jones announced Monday he had officially vacated the UFC light heavyweight belt and would possibly walk away from the sport despite staying on the United States Anti-Doping Agency testing pool for a few months.

Just got off the phone with @Ufc, today I confirm that I’m vacating the light heavyweight championship. It’s officially up for grabs. It’s been an amazing journey, sincere thank you to all my competition, Ufc and most importantly you fans.

“Bones” later said “sounds like there will be negotiations for my next fight at heavyweight,” teasing a potential move to UFC’s heaviest weight class.

Just had a really positive conversation with @Ufc. Sounds like there will be negotiations for my next fight at heavy weight. All good news, the weight gaining process begins.

It’s still up in the air what the future will hold for one of the best MMA fighters of all-time, and Walker admits he was “surprised” by the announcement.

The UFC has seen top 205-pounders move up to heavyweight in the past, most notably with Daniel Cormier becoming a two-division king and most recently Alexander Gustafsson’s failed attempt in Abu Dhabi, losing to Fabricio Werdum.

If Jones does test the waters against bigger opposition, Walker says “of course” he would do well.

“Jon Jones is a great athlete, one of the best of all-time,” Walker said in an interview with MMA Fighting. “He absolutely has the size, reach and strength to move up a weight class. I’m rooting for him, brother, because we depend on the success of all other athletes and their careers for us to continue fighting, right? I hope he has a great debut at heavyweight when he does fight again.”

Walker has also teased a move to heavyweight in the past back when he was riding an impressive winning streak in the octagon, saying he was ready for Jones and UFC heavyweights. After losing back-to-back fights to Corey Anderson and Nikita Krylov since, Walker has his attentions turned to Ryan Spann, his opponent on Sept. 19.

“I want to move up heavyweight in the future, too,” Walker said. “I just hope (Jones) doesn’t retire because one of the fights I want the most in my life is against him, right? But I can’t think about it now, I have to think about my career. I have to get back to the wins, slowly get back to deserving the place I was conquering.

“I’ll fight Ryan Spann now, and then the next one. I don’t want big jumps. I’ll go slowly, fighting people according to the ranking. After Ryan Spann, maybe a top-10, nine, eight, and move up slowly. Working smarter and with no rush, because we can get there if we’re not in a hurry.”