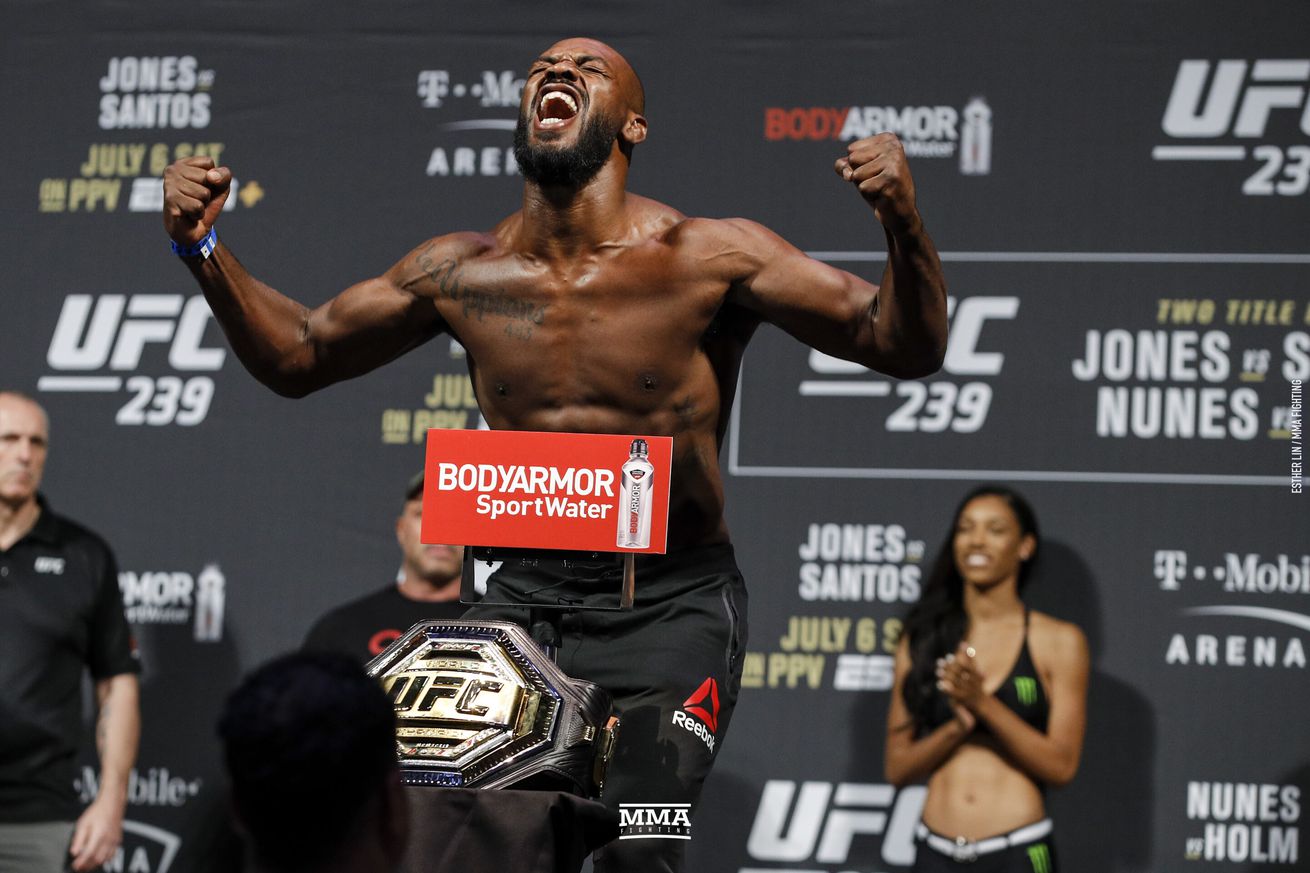 Jon Jones has a lot of problems with the adoration being shown to Khabib Nurmagomedov in the wake of his victory over Justin Gaethje at UFC 254.

While the former UFC light heavyweight champion praised Nurmagomedov following the announcement that he was retiring from the sport, Jones later took aim at the undefeated Russian after he began vying for the top spot in the UFC’s pound-for-pound rankings.

In fact, Nurmagomedov made a very public plea during his retirement speech that he wanted to earn that No. 1 ranking after moving his record to 29-0 while only losing two total rounds during his entire UFC career.

Meanwhile, Jones has occupied that No. 1 position for the majority of the time since the UFC first introduced those rankings in 2013 and obviously he’s not ready to just give it up.

“This is number one bullsh*t,” Jones wrote on Twitter after the new pound-for-pound rankings were released with Nurmagomedov sitting at No. 1 overall.

This is number one bullshit https://t.co/Mtkvyc32NZ

Over the past few days, Jones has continued to criticize anybody putting Nurmagomedov ahead of him on the pound-for-pound list much less the much debated “greatest of all time” argument.

He just doesn’t understand how Nurmagomedov with 13 total fights in the UFC and just three defenses of his lightweight championship stands up in comparison.

“Unanimous decision over last minute replacement Al Iaquinta to become champion,” Jones wrote about Nurmagomedov. “Conor McGregor is the only opponent he’s ever had that the general public actually knew. Catapulted my man to becoming the best ever, this is hilarious.”

Unanimous decision over last minute replacement Al Iaquinta to become champion ‍♂️ Conor McGregor is the only opponent he’s ever had that the general public actually knew. Catapulted my man to becoming the best ever, this is hilarious

Considering Nurmagomedov has already announced his retirement, his spot on the top of the pound-for-pound rankings will probably be short lived unless the reigning UFC lightweight champion opts to remain on the active roster for the time being.

As far as the debate over the GOAT, Jones will likely have to continue that argument for some time, especially if Nurmagomedov has already closed the final chapter on his career.

That said, Jones is expected to move to heavyweight for his next fight, which means he could certainly sway the court of public opinion back to his favor rather quickly if he picks up some impressive wins or adds another championship to his resume.