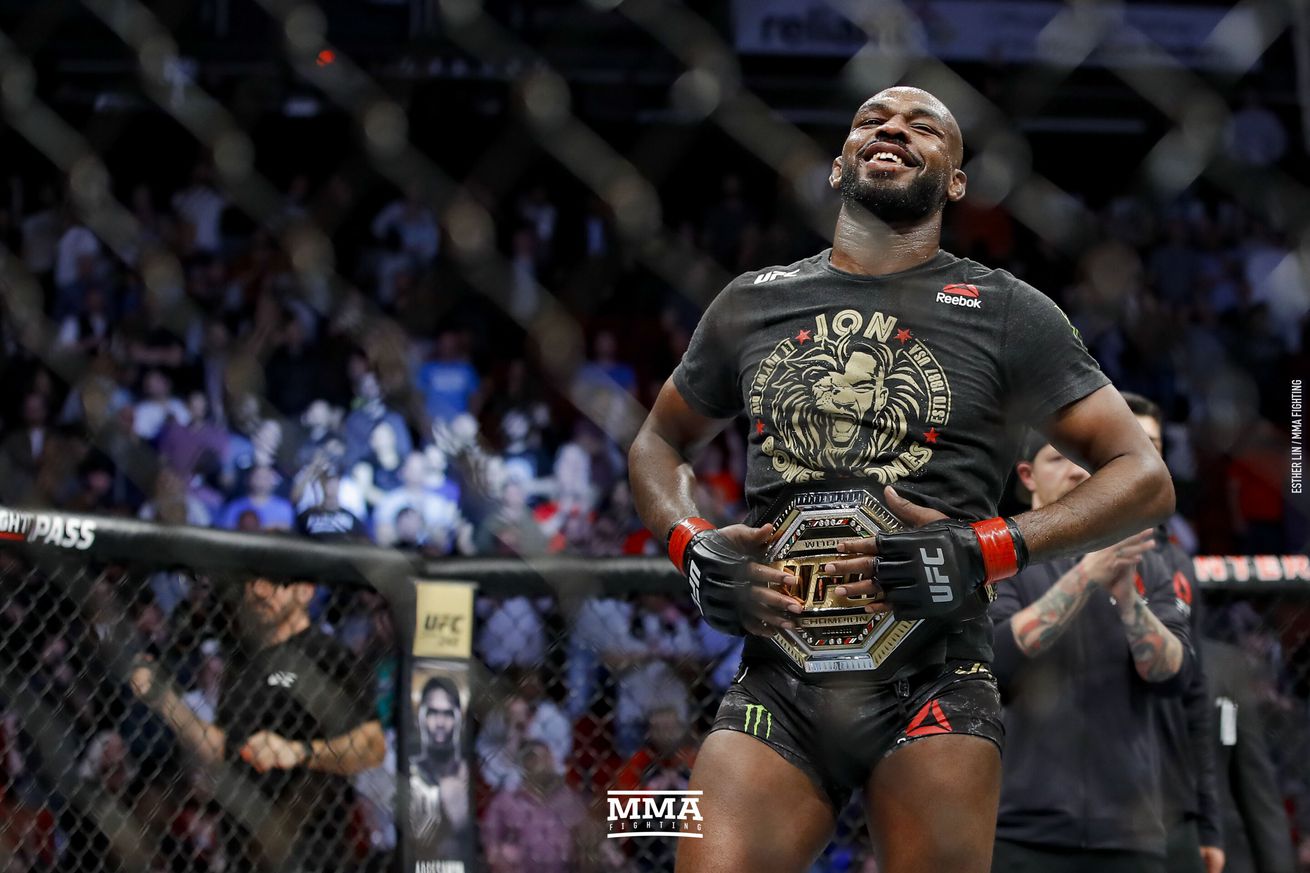 Jon Jones recently gave up his UFC light heavyweight title. But now that there’s a new champion in the division, he’s already contemplating a comeback.

After defeating Dominick Reyes in February and then engaging in a public battle with the UFC over money, Jones ultimately decided to vacate his 205-pound title and turn his attention to heavyweight instead.

Then on Saturday night, Jan Blachowicz claimed the belt with a dominant second-round TKO finish against Reyes in the UFC 253 co-main event.

After Blachowicz dismantled Reyes, he wasted no time inviting Jones to return to his old stomping ground to try and take back the title.

“Jon Jones, where are you?” Blachowicz shouted at the former champion following his win. “I’m here. This is how we do it in Poland. I’m waiting for you.”

That obviously got Jones’ attention. He took to Twitter to first congratulate Blachowicz on his victory and then hinted that perhaps his days at light heavyweight aren’t behind him after all.

“Would you guys be annoyed if I went back and grabbed my belt real quick?” Jones wrote.

Would you guys be annoyed if I went back and grabbed my belt real quick?

That message came after a fan jabbed at Jones about him dealing with Blachowicz’s power following a third knockout in the Polish star’s past four victories.

While Jones’ message might seem to tease a potential return to light heavyweight, it remains to be seen if he’d actually want to go back and fight for the title he just gave up.

More recently, Jones has been hitting the weight room to begin bulking up in hopes of booking a heavyweight fight in his return to action.

At the UFC 253 post-fight press conference, UFC President Dana White said he still hasn’t spoken to Jones, but if he is serious about returning to light heavyweight, the promotion would obviously give him the first crack at Blachowicz.

For his part, Blachowicz didn’t seem all that impressed with Jones’ Twitter performance after calling him out earlier in the night.

Go be boring somewhere else. https://t.co/ptm17lpuSv