Jordan Williams appears to be all kinds of messed up following his loss to Nassourdine Imavov on Saturday at UFC on ESPN 16.

In a matchup of fighters making their UFC debuts, Williams (9-4 MMA, 0-1 UFC) dropped a unanimous decision to Imavov (9-2 MMA, 1-0 UFC) in their middleweight bout at Flash Forum at Yas Island in Abu Dhabi.

It was a grueling three-round fight, and far from clean. Williams got hit with two head butts, one in the first round and one in the third, that the referee failed to identify. He also got hit with a low blow from Imavov. Williams hung tough through it all, but he couldn’t overcome everything and lost the fight.

After a post-fight trip to the hospital, the fact Williams was even in the octagon at UFC on ESPN 16 was apparently a remarkable feat. He said he suffered a broken nose and orbital in the fight, but the more stunning part of his post-fight injury report was the claim he entered the cage with a compromised vertebrae.

Hear me out @danawhite

The back injury, Williams asserted, occurred in his knockout win at Dana White’s Contender Series 33 on Sept. 15. Williams was awarded a UFC contract for his performance in that fight, and slid into his UFC debut just three weeks later.

Williams didn’t appear to be in serious agony in his video statement, and closed with a positive message as he works toward recovery. 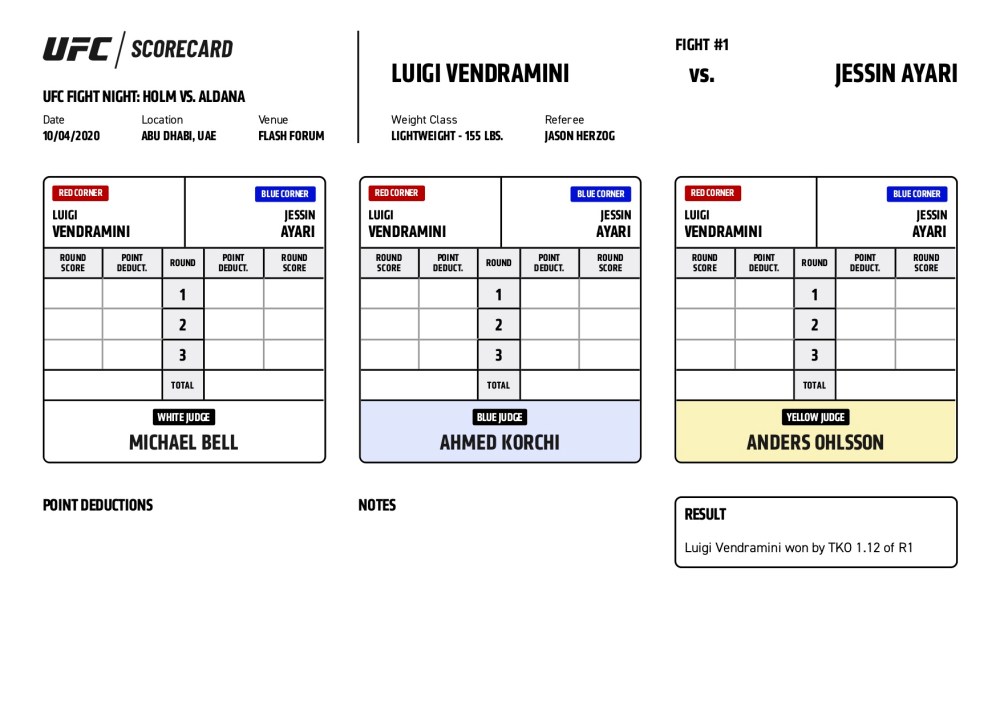