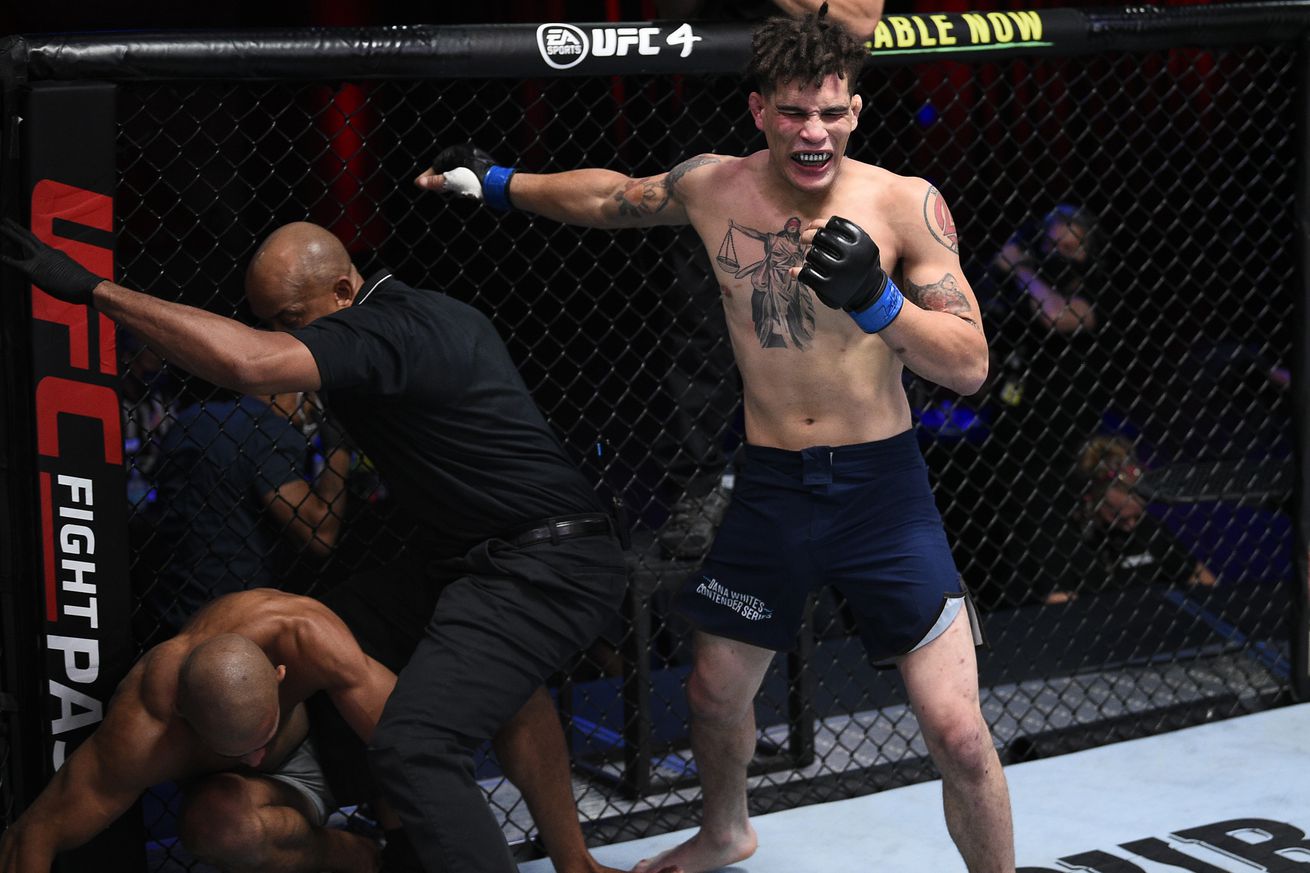 After earning a UFC contract on Dana White’s Contender Series earlier this week, Jordan Williams has his octagon debut on the books.

Multiple people with knowledge of the promotion’s plans confirmed to MMA Fighting that Williams will take on fellow promotional newcomer Nassourdine Imavov at the UFC’s Oct. 3 event, which will take place on Fight Island in Abu Dhabi.

Williams proved that the third time in indeed the charm when he picked up a first-round finish of Gregory Rodrigues at DWCS Season 4: Week 7. The 29-year-old had a third-round finish—which was overturned to a no contest due to a failed drug test—on the Contender Series in June 2018, and returned in 2019 and was on the wrong side of a controversial split decision to Ramazan Kuramagomedov. Williams is unbeaten in eight of his last 10 fights.

Imavov was originally scheduled to face Rodrigues on the Sept. 15 DWCS fight card but was forced to withdraw for undisclosed reasons. “The Russian Sniper” makes his octagon debut with an impressive five-fight winning streak in tact. In his most recent bout, Imavov finished former UFC welterweight Jonathan Meunier in the first round at the inaugural ARES FC event in December.

The UFC’s Oct. 3 event will be headlined by a women’s bantamweight bout between Holly Holm and Irene Aldana.