ABU DHABI – The way Julianna Pena sees it, she’s one win away from a UFC title shot.

If she beats former UFC women’s featherweight champion Germaine de Randamie at UFC on ESPN 16 on Saturday, Pena (9-4 MMA, 6-2 UFC) thinks she’ll be the promotion’s only viable option to compete against champion Amanda Nunes next.

“I think the resume speaks for itself,” Pena told reporters at a pre-fight news conference held Wednesday. “I’ve only dropped one in the UFC. I got overzealous, and I’ve corrected those mistakes. If I get past this one, I don’t honestly see anybody else that could be leap-frogging me at this point. I’ve only dropped one.”

Pena’s UFC resume only has one blemish: a January 2017 submission loss to now-women’s flyweight champion Valentina Shevchenko. Outside of that fight, Pena has defeated contenders, title challengers and a former champion. She’s proud of her resume.

“I’ve always been showing that I’ve been game,” Pena said. “I won ‘The Ultimate Fighter.’ Then, of course, I got injured. That was my bad. Again, (it’s) part of the sport’s nature – the beast. Then when I came back, I was fighting girls at the top of the division. I fought Jessica Eye, who I think was No. 5 at the time. I fought Cat Zingano, who I think was No. 2 at the time. Then I fought a No. 1 contender, Valentina (Shevchenko). Then, I fought former world champion Nicco Montano. Now I’m fighting again (against) the No. 1 girl in the world.”

After ‘being put through hell,’ Dequan Townsend keeps UFC on ESPN 16 in focus despite tragedies

Charles Jourdain still ‘flamboyant,’ but made key changes ahead of UFC on ESPN 16

Given the landscape of the women’s 135-pound division, Pena doesn’t think any of the other contenders at the top of the rankings will be able to step in front of her should she beat de Randamie (9-3 MMA, 5-1 UFC). That includes UFC on ESPN 16 headliner Irene Aldana, who takes on former UFC women’s bantamweight champion Holly Holm in Saturday’s main event.

“Girls with lesser resumes than me have been fighting for the title and are going to be fighting for the titles,” Pena said. “Let’s say in December, for example. I’ve been fighting in this division just as long as Amanda has. Again, God willing I get past this fight, which is what I see, I’m the only option left. … I think that I get it no matter what. That’s the only thing that I see.”

UFC on ESPN 16 takes place Saturday at Flash Forum at Yas Island in Abu Dhabi. The main card airs on ESPN and streams on ESPN+ following prelims on ESPN+.

Photos: Julianna Pena through the years 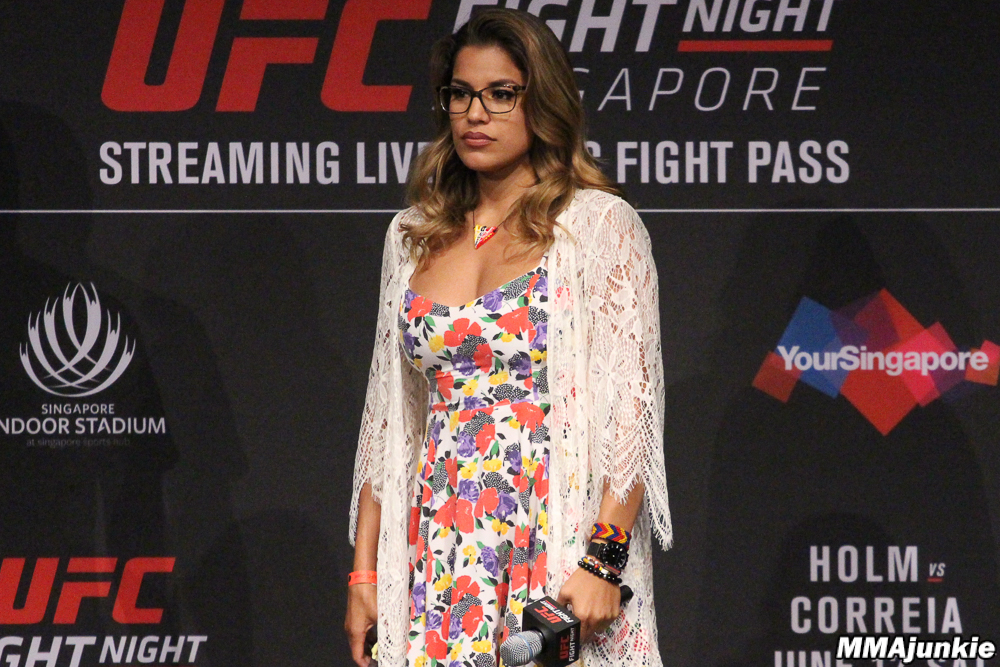