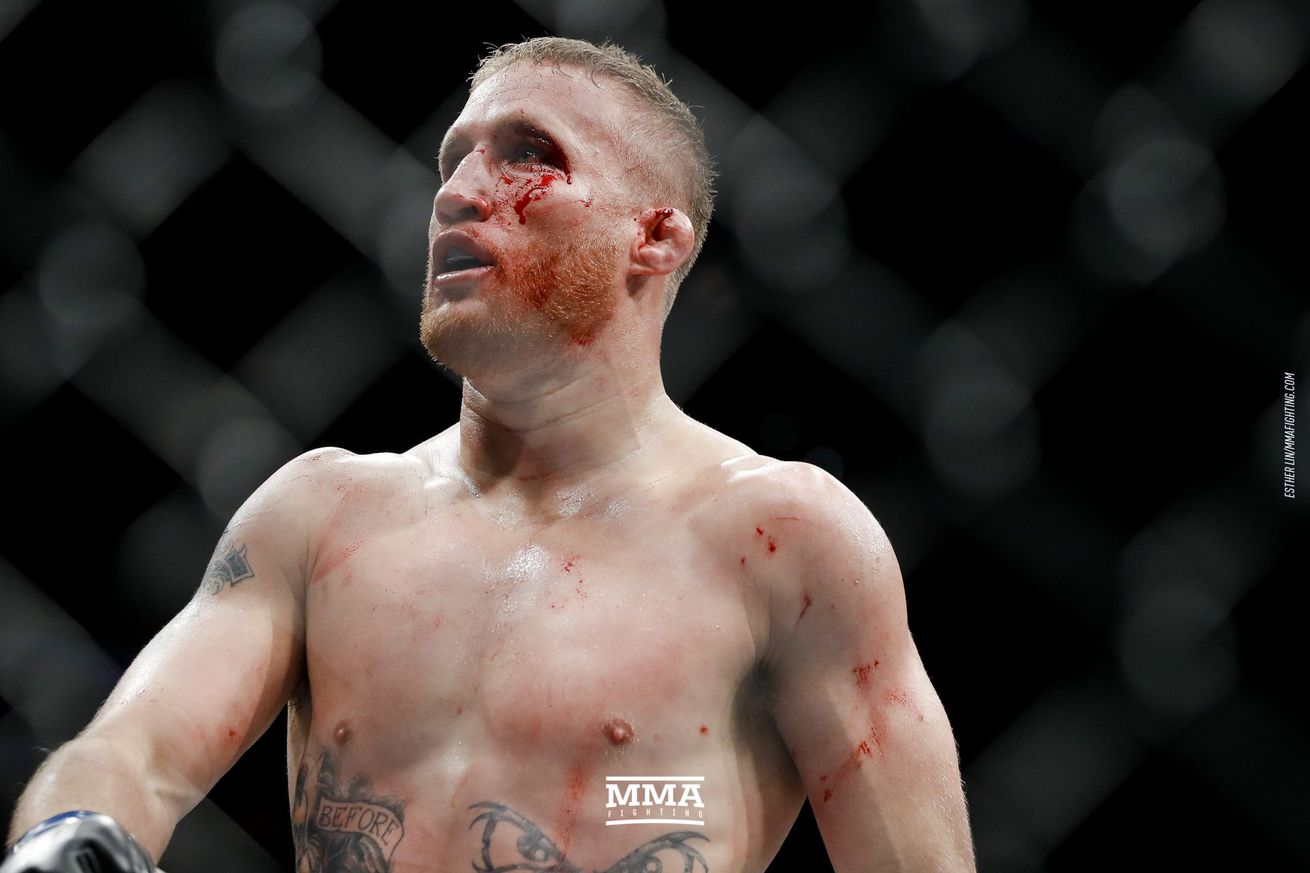 Justin Gaethje has heard all the stories about how Khabib Nurmagomedov is unbeatable.

Considering the way the undefeated Russian has mauled his competition to become the reigning and defending UFC lightweight champion, his reputation isn’t entirely exaggerated.

Nurmagomedov has walked through opponent after opponent inside the octagon while technically only losing one round during his entire UFC career.

But for all the gaudy accolades and accomplishments that Nurmagomedov has racked up over the years, Gaethje still believes he has one massive advantage that will help lead him to victory where 28 others have fallen to defeat.

“My confidence is probably my biggest factor right now paired with the power that I possess paired with the coach that I have,” Gaethje said when speaking to reporters during the UFC 254 media day. “That’s a dangerous combination.

“And I don’t care if I win or lose at the end of the day. As long as I make my family happy, as long as I’m proud of my performance, then it doesn’t matter. That’s what makes me most dangerous. I don’t know if he’s fought somebody like that.”

When it comes to his power, Gaethje certainly has a proven commodity when it comes to the unbelievable amount of punishment he’s able to dish out, which includes a trio of first round finishes in the UFC.

Even in defeat, the former World Series of Fighting champion has inflicted so much damage that past opponents like Dustin Poirier have compared the aftermath of a fight against Gaethje to going through a car crash.

Despite his incredible resume, Nurmagomedov has never had to endure that kind of punishment during his career and maybe he’s up for the challenge.

Gaethje is definitely keen to find out.

Of course as confident as he might be about eventually putting Nurmagomedov away, Gaethje isn’t foolish enough to expect this to be an easy night at the office for him.

In the days leading up to the fight, one of the questions that’s been posed to Gaethje more than any other is how he’s going to deal with Nurmagomedov’s wrestling.

Over the course of his UFC career, Nurmagomedov has landed 57 takedowns, which is second all-time in lightweight history including a stunning 21 takedown performance against Abel Trujullo, which set a single-night record inside the octagon.

For his part, Gaethje actually comes from a wrestling background after he became an All-American while competing at the University of Northern Colorado but he’s not expecting to match takedown for takedown with Nurmagomedov when they clash on Oct. 24.

“I’ve wrestled my whole life. I wrestle a lot in there,” Gaethje said. “A huge part of wrestling is not being able to let someone take you down and hold you down. That was my main focus my whole life when I wrestled. I never had a great offense but you could not take me down, you could not hold me down. I’m going to use that.

“It’s very important to stay off the ground. I’m not trying to go in there and wrestle with Khabib. I don’t think I can beat him in a wrestling match because I haven’t focused on wrestling like that to win a wrestling match. I’ve constantly worked on my defense. That’s never gone away.”

If Nurmagomedov is going to ultimately out wrestle Gaethje, he just doesn’t want to allow the Dagestani born champion to control one very specific aspect of the fight, which is how he typically drags his opponents to the ground.

“I have to focus on not being on the fence, not being taken down,” Gaethje explained. “If I do get taken down, I’ve got to make him work like his life depends on it.

“If he does take me down, I need to make sure that I threaten him with something up the middle is going to make him hesitate the next time. That’s what I’ll be in there doing.”

While wrestling may be Nurmagomedov’s primary focus, Gaethje knows his only job is inflicting as much suffering on his opponent as possible.

Whether that means a first round knockout or a 25-minute war, Gaethje promises to give Nurmagomedov everything he can handle … and more.