Kayla Harrison is excited to have Claressa Shields as part of the PFL roster.

Shields, a boxing champion and two-time Olympic gold medalist, signed a deal with PFL last month and is in the process of making the transition to MMA while also continuing with her boxing career. To start, the 25-year-old Shields will take one-off fights at lightweight instead of taking part in the PFL’s 2021 season.

Though it’s still early to be linking Shields to a potential fight with Harrison, the 2019 PFL women’s lightweight champion is happy to have the addition of a fellow double Olympic gold medalist to a division that she’s helped build.

“I’m super excited for it,” Harrison told MMA Junkie. “I’m proud of Claressa for making the transition. It’s a scary thing to do, but it’s such an exciting thing. I think she left her comfort zone, and the sky’s the limit for her. I’m proud of the PFL for continuing to grow the division and build the women’s division, and I’m proud that I helped create a division for her to go to. There was no real 155-pound division before.

“She’s already openly stated that she can’t make 145, so I think it’s amazing and exciting that there are women out there who are high, high-level athletes who now have a place to go because of something that I did. So I’m proud of it, and I’m excited. Obviously, she’s very green, very young in her career, but time will tell, and if we ever get the opportunity to fight, I know we’ll do it with mutual respect and it’ll be one hell of a show.”

Shields is currently training at Jackson Wink MMA alongside former two-time UFC light heavyweight champion Jon Jones and former UFC women’s bantamweight champ Holly Holm. With Shields surrounding herself with some of the sport’s best, Harrison thinks big things are on the horizon for her.

“We’re very similar,” Harrison said. “She came from pretty much nothing and made something of her life. We’ve both done that, and we know what it takes to reach the top of the mountain, and now this is just a new mountain for her just like it was for me. I think that as long as she still has that fire and as long as she has the right people around her, she’s gonna be successful. It’s only a matter of time.”

Harrison (8-0 MMA, 7-0 PFL), who battered Courtney King at Invicta FC 43 in November, was set to return to action Thursday in a rematch with Jozette Cotton at Titan FC 66. However, the fight was canceled Wednesday after Cotton was hospitalized because of her weight cut. 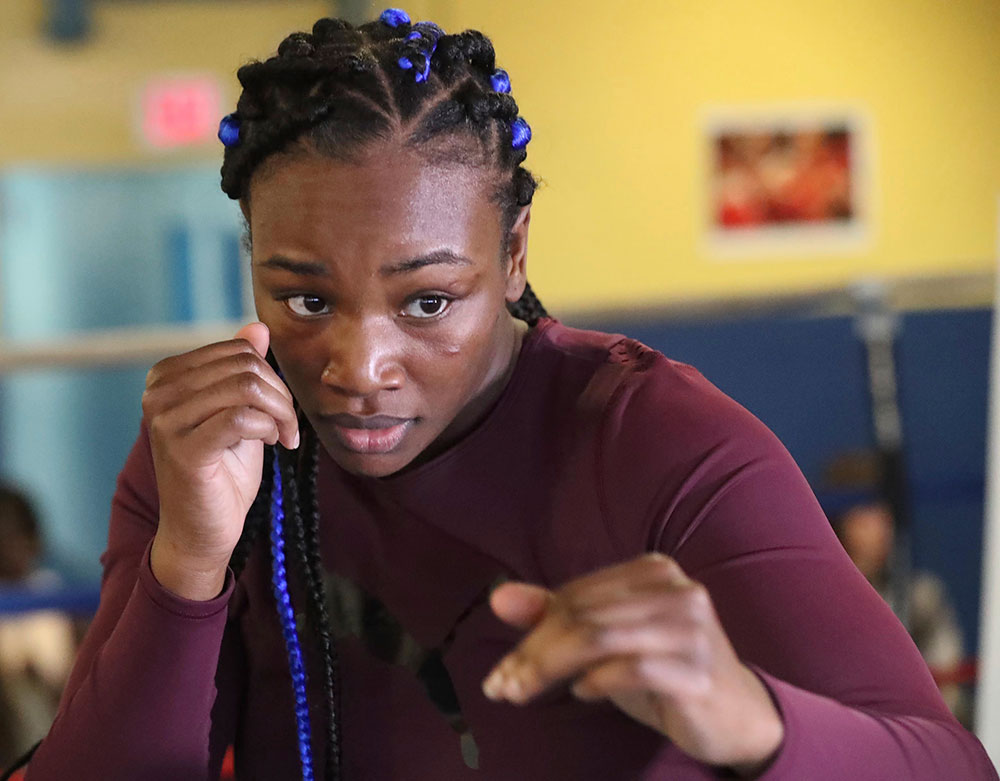