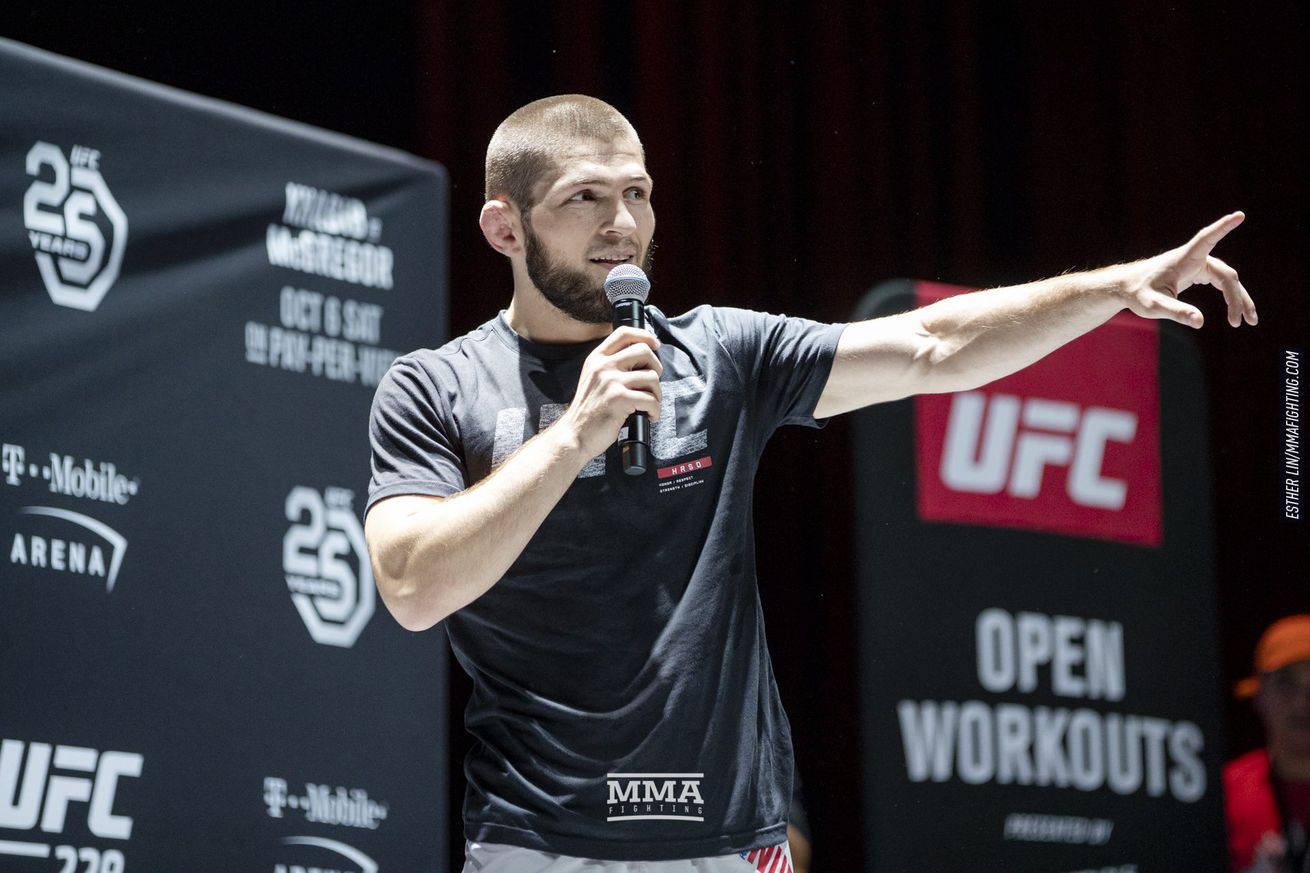 Through 28 fights and 28 victories, Khabib Nurmagomedov has rarely tried to hide the strategy he plans to use to dismantle and otherwise dominate his competition and that’s not going to change ahead of his next title defense at UFC 254.

On that night, the undefeated UFC lightweight champion will seek to unify his title with the interim belt currently held by Justin Gaethje after he punished Tony Ferguson in their fight back in May before ultimately earning a fourth-round TKO.

Unlike many of his past opponents, Nurmagomedov will be going up against an accomplished wrestler in this fight with Gaethje earning All-American honors while he was part of the team at the University of Northern Colorado.

Of course, Gaethje has rarely turned to wrestling throughout his fight career but that doesn’t negate the skills he built after first hitting the mats when he was still just a child.

In fact, Nurmagomedov fully acknowledges that Gaethje has a tremendous wrestling background … he just doesn’t believe it’s going to alter the outcome.

If there’s one particular area of Gaethje’s grappling game that impresses Nurmagomedov it’s been the ability to stay off the ground with his opponents.

Even Gaethje has said in the past that he’ll never credit himself with being the best offensive wrestler in the world but even when he was competing in college, it was incredibly difficult for his opponents to drag him down to the mat.

Nurmagomedov knows he’s not going to take Gaethje down easily and he may not connect with every shot he throws. According to “The Eagle,” the key is consistency and perseverance because eventually he expects Gaethje’s defense to wither and fade.

“He has the base, like you have when he was a kid, but right now everything has changed. Of course, he knows how defend if someone try to take him down and we all know about his conditioning, too. If I’m going to attack him the first two rounds, the third round I think he’s going [to be] finished. Because he don’t have good conditioning.”

In addition to his wrestling superiority, Nurmagomedov also feels like he’s ultimately just the smarter fighter when matched up against Gaethje.

Offensively, Gaethje is a force of nature who inflicts damage on his opponents like almost no one else in the UFC but that also comes at a cost. According to UFC stats, Gaethje actually absorbs more strikes (8.37 per minute) than he dishes out (7.74 per minute).

The former World Series of Fighting champion is more than willing to take a punch in order to give one back where as Nurmagomedov would rather not get hit at all.

“Of course, Justin can fight. He can go deep. He has heart. But if you’re talking fighting IQ, I think I have much better than him.”

For all the ways Nurmagomedov respects Gaethje and the weapons he brings into their fight at UFC 254, he doesn’t see this main event ending any differently than all the others in his career.

Many have tried, all have failed and Nurmagomedov expects to add Gaethje to that same list on Oct. 24.