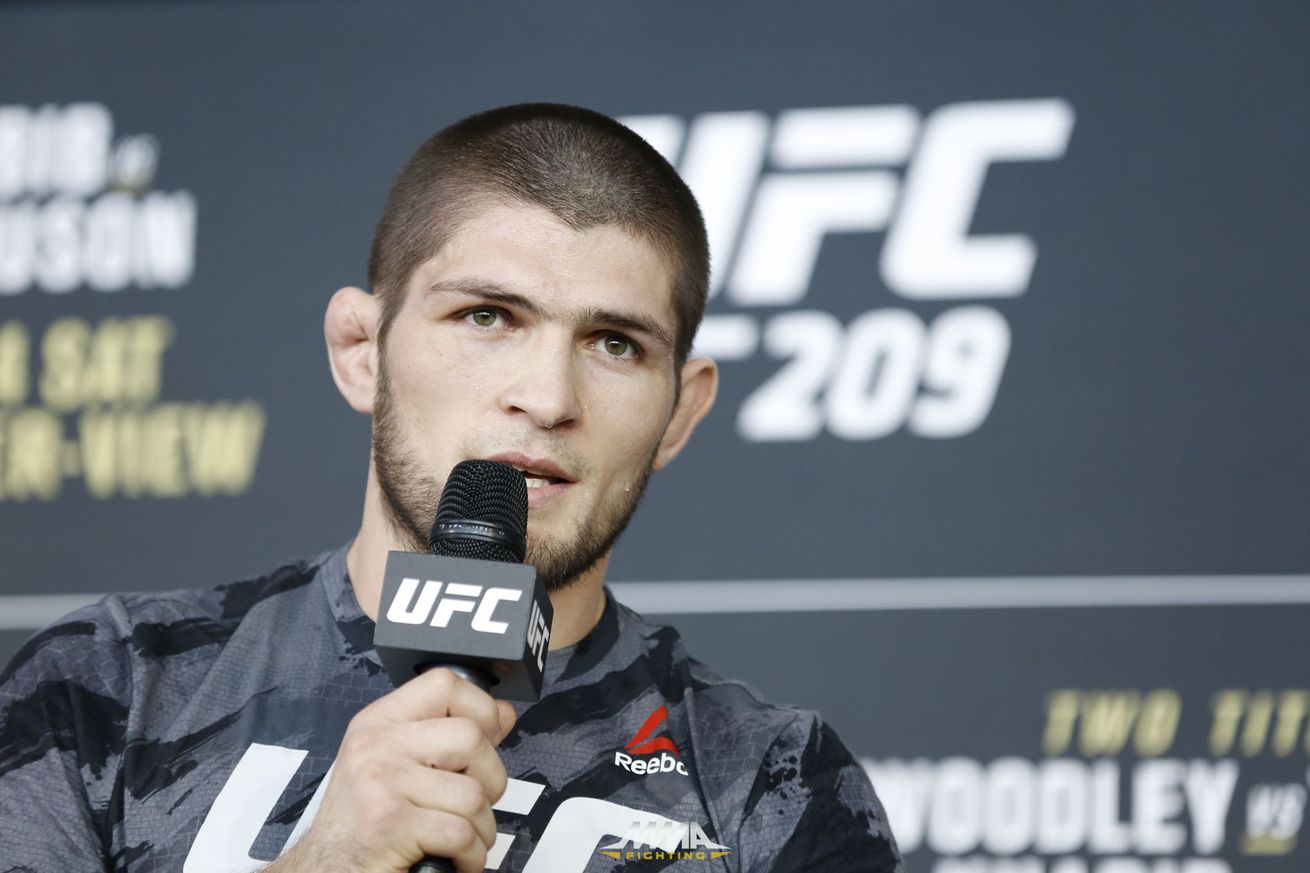 Khabib Nurmagomedov has never been shy about addressing his potential retirement, and a win over Justin Gaethje at UFC 254 would leave few options available to him in the lightweight division.

The undefeated Russian has run roughshod over the competition at 155 pounds in the UFC, and he holds dominant wins over former champions Conor McGregor and Dustin Poirier.

Considering the drive for Nurmagomedov has always been more about competition than compensation, Gaethje arguably is the biggest challenge left in the current landscape of lightweight

So what would be left for Nurmagomedov should he get past Gaethje?

“I love competition. I love to compete with the best fighters in the world. That’s why I am here. I’m not in the UFC to make money. I have a lot of business projects outside the UFC, I can make money. Good question. Very good question.”

In past years, Nurmagomedov has openly contemplated the end of his fighting career. Should he best Gaethje at UFC 254, it’s even harder to ignore that fact as he approaches 29 wins with zero losses.

Despite the lack of a potential contender waiting in the wings, the 32-year-old Dagestani native said retirement isn’t really on his mind right now. Add to that, he revealed UFC President Dana White has already mentioned something significant in the works for him, but Nurmagomedov swore him to secrecy until after his fight, which takes place on Fight Island in Abu Dhabi.

“Dana told me after this fight, he has something special for me. But I told him, please keep this, after fight we’re going to talk. He say has very big things after this fight for me. We’ll see.”

One opponent that Nurmagomedov has mentioned numerous times that would serve as a dream fight is a showdown with former two-division UFC champion Georges St-Pierre. It remains to be seen if that’s an option the UFC will explore. Another name that constantly comes up for Nurmagomedov, whether he likes it or not, is a rematch with McGregor, whom he defeated by submission in a heated grudge match in 2018.

Just recently, White mentioned that the UFC was interested in booking Nurmagomedov against McGregor as coaches on The Ultimate Fighter, which would conclude with a rematch. The UFC president said the plan was scrapped after Nurmagomedov shot down the idea following an outburst from McGregor on social media.

For his part, Nurmagomedov isn’t thinking about McGregor or anybody else right now as he prepares to face Gaethje in just a few weeks.

“Right now, I’m focused on Justin Gaethje, Oct. 24,” Nurmagomedov responded when asked about McGregor. “I am focused on him. I don’t want to underestimate this guy.