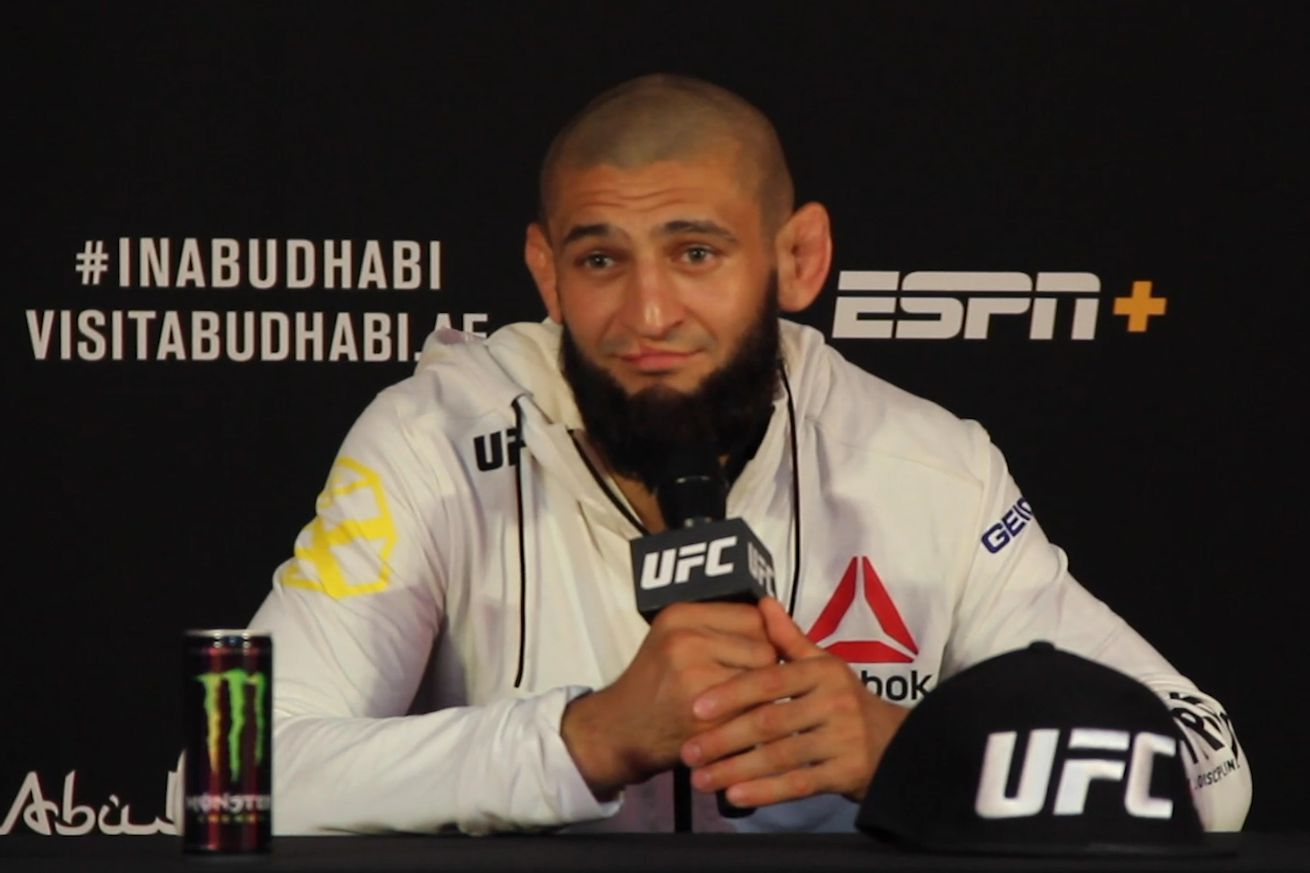 Israel Adesanya puts his UFC middleweight title on the line in the main event of Saturday night’s UFC 253 in Abu Dhabi opposite undefeated contender Paulo Costa, but rising Khamzat Chimaev already has his eyes set on him.

Chimaev, who improved to 3-0 in just 66 days as a UFC fighter when he stopped Gerald Meerschaert in 17 seconds earlier this month in Las Vegas, vowed to one day “stop” both UFC champions Kamaru Usman and Adesanya.

When “The Last Stylebender” said he “don’t even know the guy,” referring to him as “the rat lip,” that appeared to have struck a nerve with the undefeated Russian prospect.

“What do you said about me,” Chimaev wrote on social media, “it will cost you your belt, if you’re still the champion. Good luck.”

Chimaev (9-0) made his octagon debut in July and demolished John Phillips in a middleweight bout, stopping him in the second round. The 26-year-old returned 10 days later to take on Rhys McKee in a lightweight contest, scoring another one-sided finish.

Adesanya (19-0), unbeaten in eight UFC appearances since Feb. 2018, said on a media day Wednesday in Abu Dhabi that he’s not looking past Costa, but expects his next title defense to be against Jared Cannonier should he beat Robert Whittaker on Oct. 24.