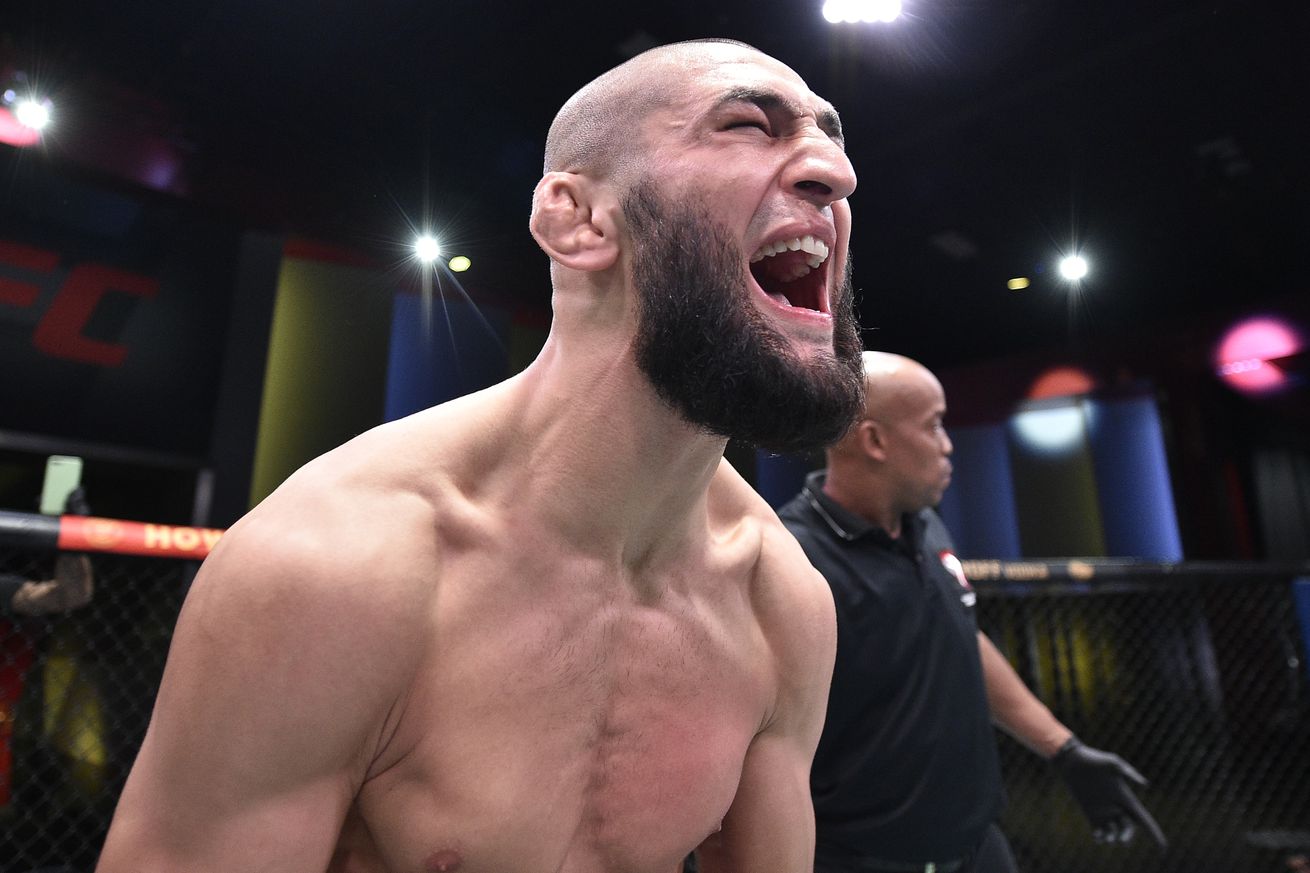 Earlier in the day, “Wonderboy” doubled down on his interest to face Leon Edwards via Twitter, a request he made in a recent interview with MMA Fighting.

All due respect @Leon_edwardsmma , which I have a lot of for you, I have been saying I would like to fight you for a while now! It makes sense and would be a great match up.

I think that was my first Twitter call out ever. man that felt weird. #FirstTimeForEverything

Around 10 hours later, the undefeated Chimaev, days after his impressive 17-second knockout win over Gerald Meerschaert at UFC Vegas 11, called an audible by challenging Thompson to a fight instead.

Chimaev has burst onto the UFC scene with three finishes in a 66-day span. “Borz” finished John Phillips with a D’arce choke in the second round of his octagon debut at UFC on ESPN 13 in July before turning around 11 days later with a first-round TKO win over Rhys McKee. The 26-year-old earned his third straight performance bonus following his one-punch KO over a 44-fight veteran in Meerschaert.

Although tentatively on the books per UFC President Dana White, a matchup between Chimaev and former title challenger Demian Maia was being targeted for November. But as of now, the fight is not yet signed, and White said it’s possible the prospect could even be booked for another fight before Maia.

Thompson, meanwhile, is looking to return to action for the first time since a unanimous decision win over Vicente Luque at UFC 244 in November. When speaking with MMA Fighting, he said Chimaev is certainly on his radar as the standout continues his meteoric rise in both the middleweight and welterweight divisions.

“He’s definitely a tough dude and someone you have to keep your eye on for sure—somebody like me, especially,” said Thompson.