Kiefer Crosbie wants to make a statement vs. Charlie Leary on Saturday, and he then plans on calling out a UFC veteran.

While Crosbie isn’t looking past the experienced Leary, he already has a name in mind for his next fight. With a win over Leary, “Big Daddy” eyes Myles Jury next.

“But after this one, I have a long list of so-called UFC veterans that I’d like to go at, and Myles Jury will be first on that list, and that’s what I want after this one. A little birdie told me that they have a show in December in Los Angeles, and I’d like to fight him on that, so I’ll be ready.”

Bold statements: The 6 standout Bellator performances of 2020 so far

Crosbie has won two straight and only has one blemish in his pro MMA career, which came by the way of disqualification. The confident Irishman prides himself in being a finisher, and although his past two wins went the distance, he’s expecting to stop Leary.

He continued, “I just think that no matter who’s in front of me, I’m going to run through them, and Saturday night, it’s Charlie – and again, respect to him and stuff, I think he’s a tough man, but I just don’t think tough is good enough to beat me. You need more than tough, and I’m just going to outclass him in every way possible.”

For Crosbie, the callout of Jury is nothing personal. He sees it as an opportunity to face a notable name with momentum, and he’s ready for that kind of challenge so he can start cementing his name.

“He’s coming off a few wins, he was in the UFC, he has a lot of fights,” Crosbie said. “People know his name in the States and stuff and again, I respect all these people, there’s no disrespect, it’s just that I believe I’m better than these people.

“But there’s no point in saying I’m better than these people if I can’t prove it. He’s coming off some wins and he’s a name. He’s just one of many, so he’s the first on the list. I’ll take him out, and I will move on to the so-called other names of the sport.” 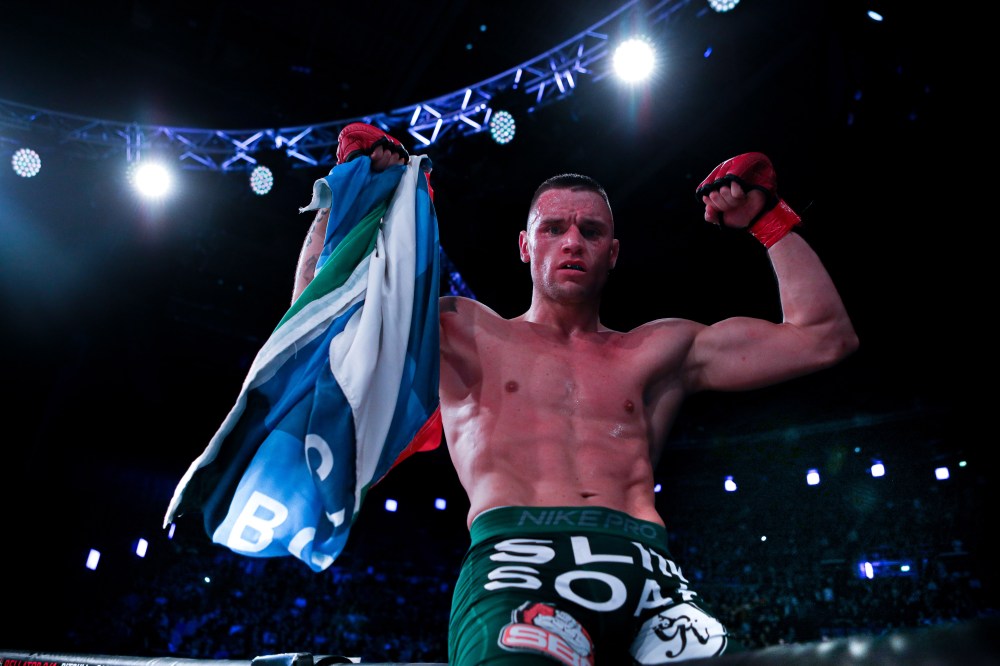