Chan Sung Jung hopes what happened in the past stays there.

For almost a year, Jung (16-5 MMA, 6-4 UFC) has had Brian Ortega on his mind. What started as a peaceful fight buildup with respect shown by both men boiled over into a physical altercation at UFC 248 when Ortega (14-1 MMA, 6-1 UFC) slapped Jung’s friend, Jay Park.

Reflecting on the situation in a recent interview with MMA Junkie, “The Korean Zombie” admitted he made a mistake. To act out of character by engaging in a verbal-turned-physical battle isn’t something he’s interested in doing again.

“I am not a person who enjoys trash talking, but I tried some of them recently because I thought my fans would like them,” Jung told MMA Junkie. “But the result was not good and my friend was affected, so I won’t be doing trash talking anymore. I apologize for all the trash talking I did to Ortega and the champion, so I hope Ortega won’t continue trash talking to me anymore.”

The incident faded from the spotlight after Ortega had to pull out of their previously scheduled fight, which was set for last Dec. 21, with a knee injury. But now, with the bout back on the calendar as the main event of UFC on ESPN+ 38 on Oct. 17, it’s come up once again.

Jung hopes the two fighters can put the incident in the past. But while Ortega issued an apology shortly after the UFC 248 slapping incident, Jung has become skeptical.

“Everyone makes mistakes, and I accepted his apology because he sounded sincere when he apologized,” Jung said. “But a recent interview he had with ESPN made me confused if he was sincere for his apology. To be honest, I feel sympathy for him because it seems he still lives in the past as he mentioned ‘the rule’ where he was from.

Brian Ortega expects slugfest with Chan Sung Jung in UFC fight: ‘We don’t like each other’

With all of the back-and-forth banter, media attention to the trash talk, and drama, Jung has entered a new realm. Entering camp, Jung felt the added pressure of the situation – or so he once thought. After diving deeper into his psyche, Jung discovered the feeling wasn’t any different than it’s been in the past.

“When I told my wife that I felt more pressure with this fight, she said, ‘You always said that with all the fights you had before,’” Jung laughed. “Recalling the fights I had before, I would agree with her. All fights were special to me, but also stressful. I had an immense amount of pressure with fighting after 40 months of absence in the cage because of my military service. The fight on UFC’s 25th anniversary was special to me, even though I lost. My first fight in Korea last year was absolutely special to me, but I was also under a lot of pressure for a victory. Recalling the feeling I had with all other fights, this fight is also special to me, but not much different from the previous ones.”

The UFC’s 145-pound division is stacked with contenders. Jung, Ortega, Zabit Magomedsharipov, Yair Rodriguez, Max Holloway, and Calvin Kattar sit closest to UFC featherweight champion Alexander Volkanovski. While there are a lot of elite fighters chomping at the bit, Jung thinks he’ll solidify his spot as the No. 1 contender with a victory over Ortega.

“Definitely!” Jung said. “When I win over Ortega, I should be next in line for Volkanovski, (but) at this time, I am focusing on fighting Ortega and not for the title shot, yet.” 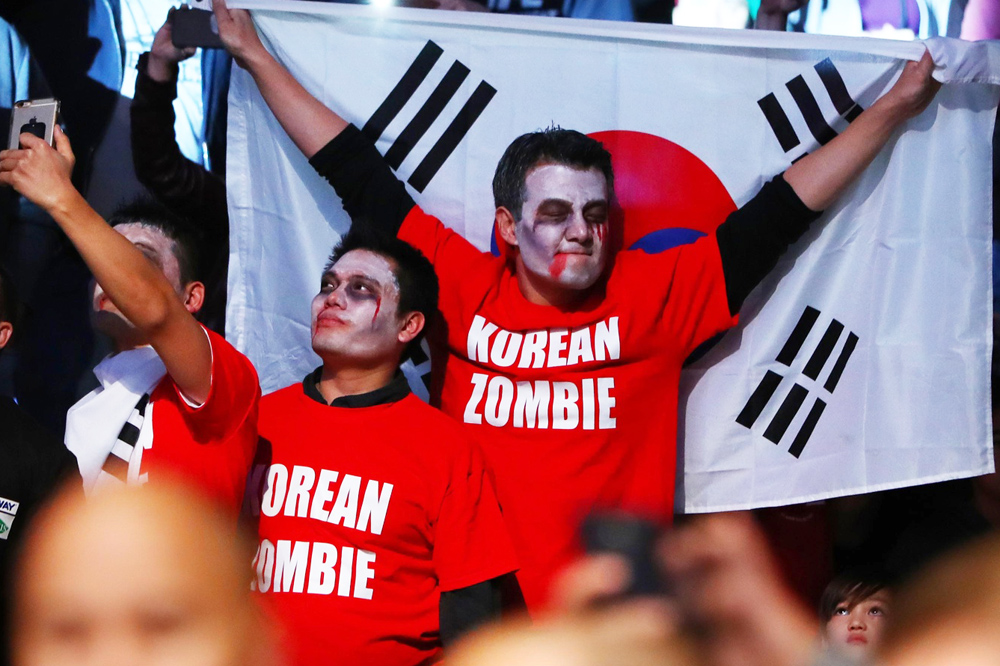