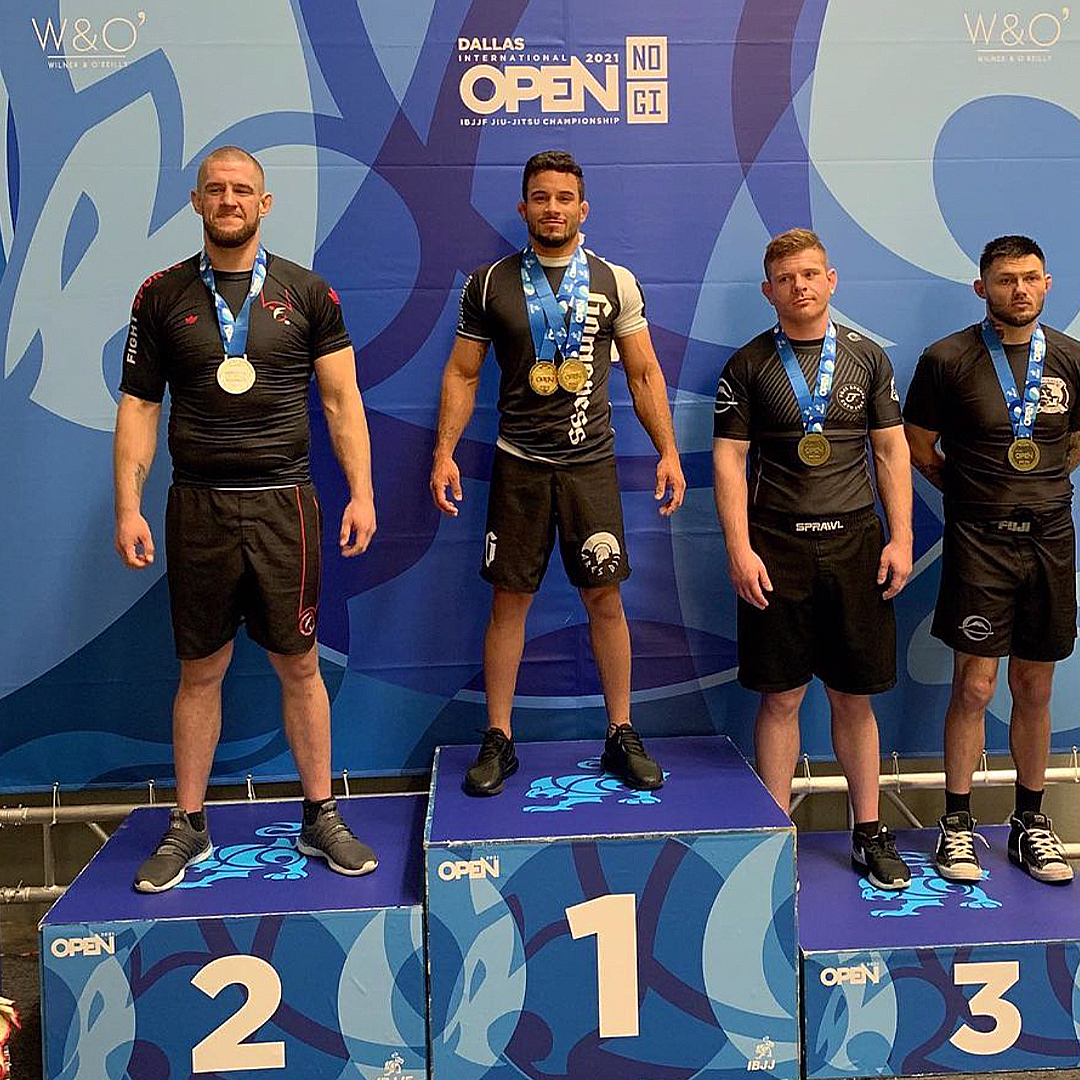 Esdras Júnior has been enjoying some success in jiu-jitsu. At the end of March, in Dallas, TX, the black-belt proved himself above his competition in the master 1 age group, coming out on top in the no-gi absolute division of the IBJJF’s Dallas Open.

Despite some hurdles, he performed well. Unopposed in the lightweight division, the Ares BJJ athlete was left to shine in the absolute. The gold medal came at the end of three matches. The final saw him outplay a super-heavyweight opponent, as Esdras recounted.

“It was a tough final,” he said. “Since my opponent was much heavier and had a good closed guard, I knew I’d have to pull before him to have greater chances of winning. Right at the start I feigned a takedown to go to the guard; after that, it was an even fight. Then I decided to attack more; I didn’t care about exposing myself, because I wanted to win. I attacked with an armbar attempt and sweep attempts throughout the fight, which wound up giving me the win.”

Esdras added: “My biggest goal is to score as many points as possible in the tournaments and climb up the IBJJF rankings. I can’t wait to fight again.”

Esdras’s campaign was complicated by a tonsillitis crisis in the week of the tournament, which left him bedridden and feverish. “Thank God,” he said, “I tested negative for covid-19, but, even so, they were pretty worrying moments, where I had to focus on my recovery and work on my psychology to get there and have good fights. I believe I won the championship even before it took place, because my biggest opponent was my own self. I had preoccupations, I was afraid I wasn’t going to fight well, but I controlled my mind and ended up the champion.”

He pointed to the training with Osvaldo Queixinho as an important factor to his no-gi victories. “In fact, my preference was always the gi, but with some adaptations, my game style gets pretty versatile in the no-gi matches. The training sessions with Prof. Queixinho are decisive, because learning with someone who’s won the No-Gi Worlds four times helps quite a bit, right?”

Esdras continued: “I like fighting no-gi because the match gets faster, and my way of fighting is centered on that game of speed and pressure. My hip gets looser, which makes it easier for me to attempt finishes and sweeps frequently.”

Esdras ended the interview with an open challenge, saying he’s up for fighting any featherweight or lightweight under Fight to Win, BJJ Stars or Third Coast Grappling. “Superfights are all the rage now. This has become a new tendency in this new world in which we’re living now. I have my focus on the IBJJF rankings, but I don’t rule out the possibility of doing superfights. It would be nice to return to those events’ stages. Just send me the contract — I’m ready!”