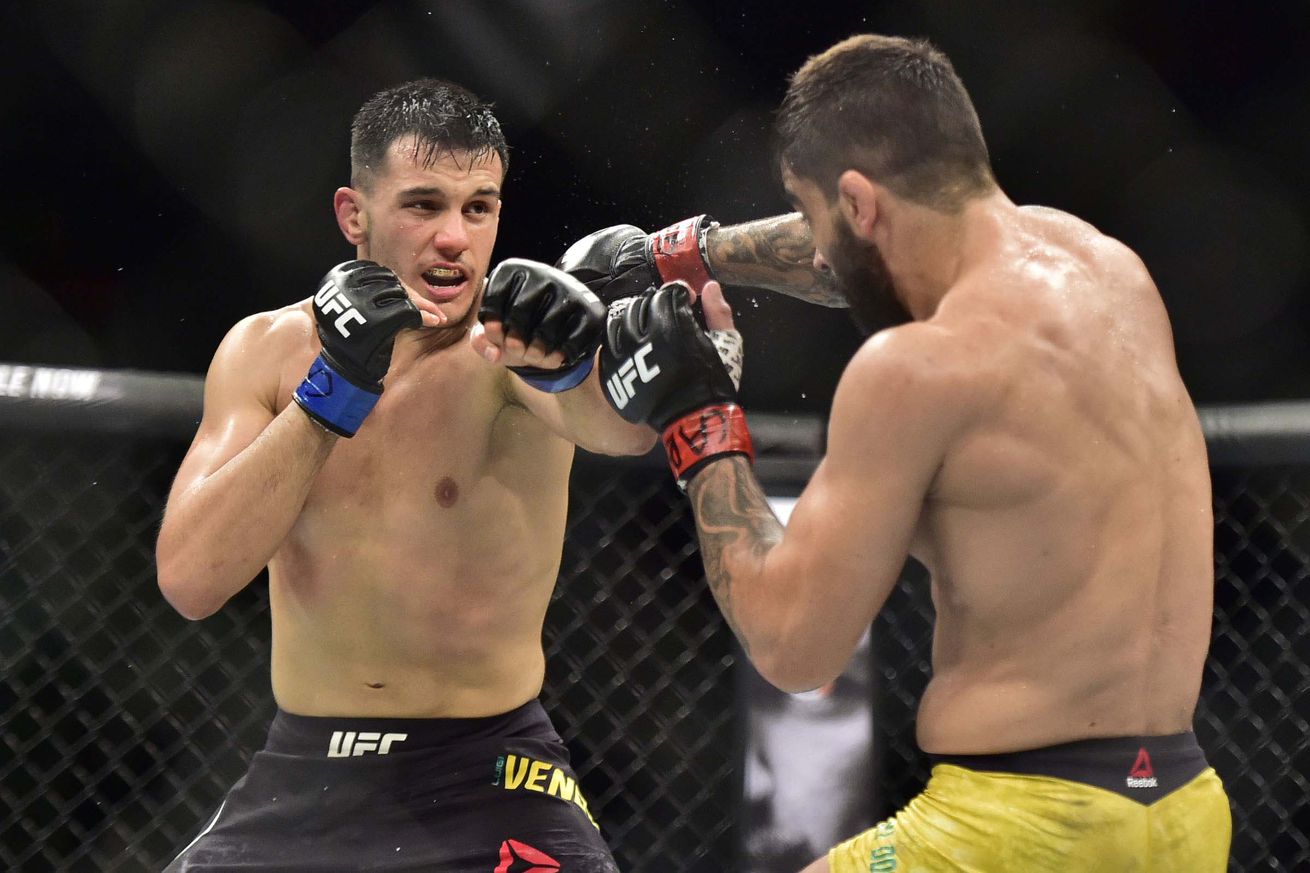 Luigi Vendramini had a great start in his UFC debut, giving Elizeu Zaleski some trouble before losing by knockout in Sao Paulo. That happened in Sept. 2018, though, and “The Italian Stallion” hasn’t entered the octagon since. That changes Saturday, when he faces Jessin Ayari at UFC Fight Island 4 in Abu Dhabi, and the long journey he went through fuels Vendramini in his pursuit for his first victory under the bright lights of the UFC.

“The worst part was going two years without a fight, not having any expectation of a life as an athlete, and being in pain,” Vendramini said during an interview with MMA Fighting.

The “traumatic” experience started after the Zaleski fight, when he had to go under the knife to fix a right knee ACL injury. Vendramini decided to travel to the United States a month after he was cleared by the doctor to train at Factory X in Colorado, but once again tore the same ligament while warming up to start another session three days later.

“I went back to Brazil and called the UFC to ask for the insurance and managed to get surgery with Dr. Moises Cohen, an excellent surgeon in Sao Paulo,” Vendramini said, “And when I woke up after the second surgery, the doctor said that the first surgeon did the wrong surgery, so I basically lost a year of my life due to a medical error. But I’m 100 percent now, I can barely feel that I had a knee surgery, I’ve done physical therapy and pilates with the best professionals in Brasilia, so I’m ready for three rounds on Oct. 3.”

Being away from the cage for 758 days, and unable to get paid for his work as a fighter was a problem, Vendramini decided to help his family business in the meantime. His parents are mushroom producers and run a bakery in Brasilia for half a century, “but it’s sh*t now because of COVID, the situation is very tough.”

“We pretty much do everything there,” Vendramini said of his work with the family business during his time away from the cage. “Management, administration, and also work with the delivery. A bit of everything. Each one has to do everything, especially now that we’ve lost many employees due to the pandemic, and take several roles in between training sessions. Sometimes I was so tired on the weekends that I would ask my father for a day off on Sunday. ‘For the love of God, I can’t help today, I’ll be back on Monday.’”

Vendramini would do anything to make some cash and help his family, but the frustration of not being healthy enough to put a pair of gloves on and compete was too much.

“I started training at age 12 and I simply don’t know what’s like not to train,” Vendramini said. “To me, the worst part of these surgeries that require long recoveries is being a normal person again. You don’t have to go on a diet, you don’t have to train. I basically didn’t sleep for two years. I had so much energy that I couldn’t sleep before. Sometimes I didn’t sleep for two days straight. I only slept again after my knee got better and I was able to train two or three times a day.”

Back to his original weight class of 155 pounds after a short-notice UFC debut at welterweight, “The Italian Stallion” wants to leave the octagon with his hands raised so he can finally feel like a real UFC fighter.

“I hope everything I went through leads to a new start,” he said. “I want to change my life and feel like a UFC athlete. It sucks that I’m in the UFC, but I don’t have a victory. People ask if I fight in the UFC but there’s only a loss to show them, you getting knocked out, you getting beat up? I want to become a UFC fighter with this win and start my career, be able to show everyone I’m different.”

In the end, the Brazilian lightweight says he “I’ll only be a UFC fighter when I win.” On Saturday night, he plans on making it quick.

“I’m confident not only because of my training, but there has to be a sun after all the rain, you know?” Vendramini said. “I don’t see myself losing in any way possible because there’s just no logic to it. (Ayari) is one of those guys that know everything but isn’t excellent in anything, so I believe this fight won’t go past the first round. I’ll either knock him out in the first minutes or take him down and submit him. I have no doubts.”