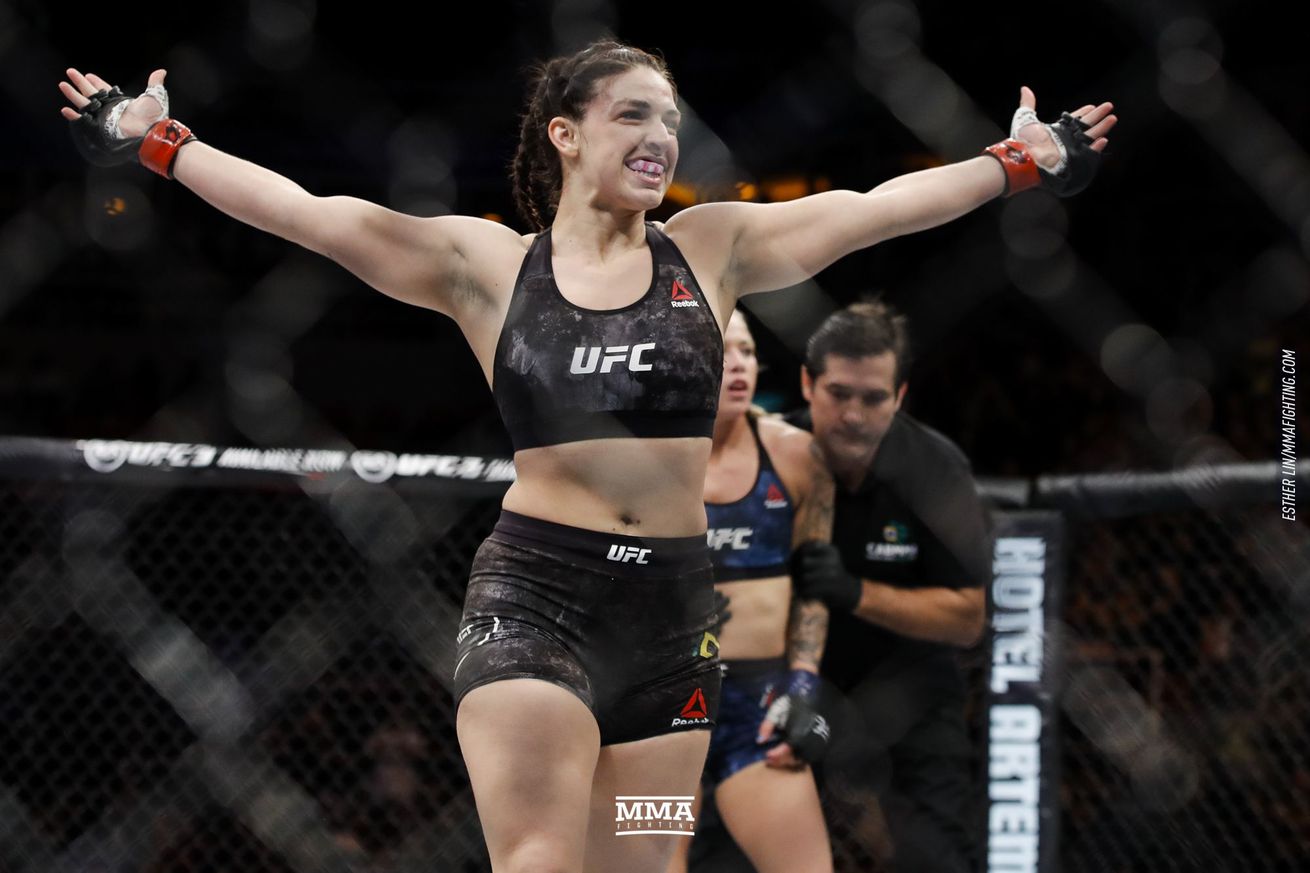 Jiu-jitsu specialists Mackenzie Dern and Virna Jandiroba have agreed to meet in the octagon at UFC 256 on Dec. 12, multiple people with knowledge of the booking told MMA Fighting. The pay-per-view event will take place at the UFC APEX in Las Vegas.

Dern (9-1) is coming off impressive submission victories over Hannah Cifers and Randa Markos in 2020, bouncing back from the lone loss of her professional career to Amanda Ribas the year before.

The 27-year-old black belt has won a number of gold medals in the jiu-jitsu circuit with wins over the likes of Gabi Garcia, Michelle Nicolini, Luiza Monteiro and Bia Mesquita before turning her focus to MMA in 2016.

Jandiroba (16-1) dropped a decision to former UFC champion Carla Esparza in her octagon debut in 2019, but then scored a pair of submissions over Mallory Martin and Felice Herrig in her most recent appearances.

A former Invicta FC strawweight champion with MMA wins over Mizuki Inoue and Janaisa Morandin, “Carcara” never won a major IBJJF title as a grappler, but has beaten the likes of Amanda Nunes and Claudia Gadelha in jiu-jitsu matches.