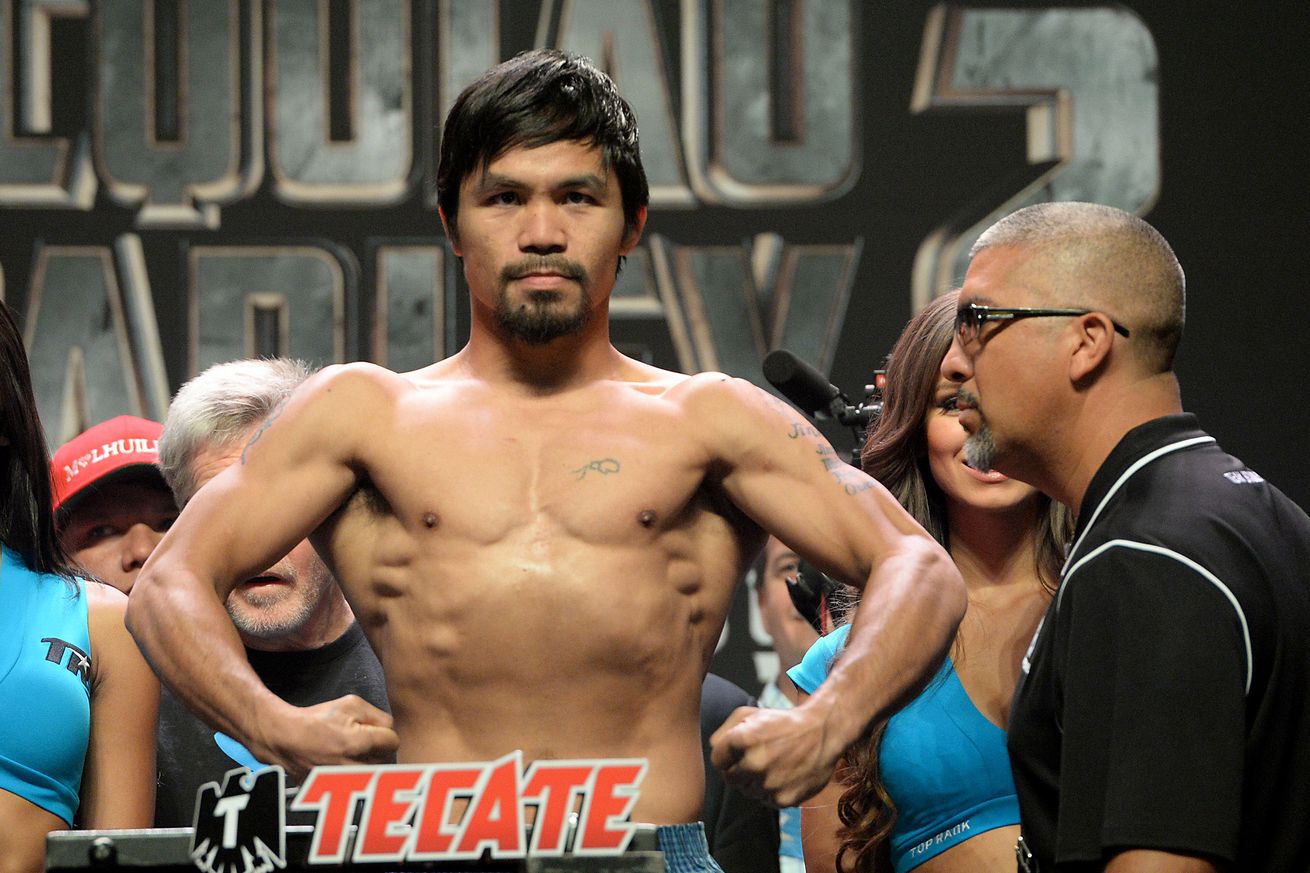 Manny Pacquiao will step on the scale at the Pacquiao vs. Algieri weigh-ins Friday evening. | Jayne Kamin-Oncea-USA TODAY Sports

A potential boxing match between Manny Pacquiao and Conor McGregor might actually happen.

Following a tweet from the former two-division UFC champion teasing a showdown with Pacquiao on Friday, the multi-time boxing champion’s camp has now also confirmed that talks are ongoing to make the fantasy fight turn into a reality.

According to Pacquiao’s assistant Jayke Joson in a statement released to ESPN, the 41-year-old boxer is definitely interested in a fight with McGregor, who currently boasts a 0-1 record in the sport following a 10th round TKO loss to Floyd Mayweather in 2017.

“It is confirmed the negotiation between the camp of Senator Pacquiao and McGregor is now starting to move on,” Joson said in the statement. “Again, as what our senator says, all his fights are dedicated for the welfare and unity of all Filipinos including this one.

“For the sake of all the Filipino Covid-19 victims, Senator Manny Pacquiao will be fighting UFC superstar Conor McGregor next year. The huge portion of his earnings will proceed to those who are affected nationwide by the pandemic.”

While the statement makes it appear the fight is all but a done deal, Pacquiao vs. McGregor is still just in discussion for the time being.

McGregor’s manager Audie Attar also confirmed that serious talks have taken place to book the former UFC champion in a fight against Pacquiao.

Ever since he competed against Mayweather in 2017, McGregor has promised he would eventually return to the sport of boxing. It appeared for some time that McGregor and Mayweather might meet again but the fight never came together.

McGregor then turned his attention towards a potential showdown with Pacquiao and now it appears he might just get his wish.

Oddsmakers have already made Pacquiao a massive favorite in a possible fight against McGregor if the two actually meet in a boxing ring.

Pacquiao is a multi-time, multi-weight world champion with an incredible 62-7-2 record over the course of his career. He holds wins over names such as Oscar De La Hoya, Miguel Cotto, Shane Mosley, Juan Manuel Marquez, Adrien Broner and Keith Thurman.

It remains to be seen if a deal will be struck to make this boxing match happen but it obviously appears both McGregor and Pacquiao are interested.