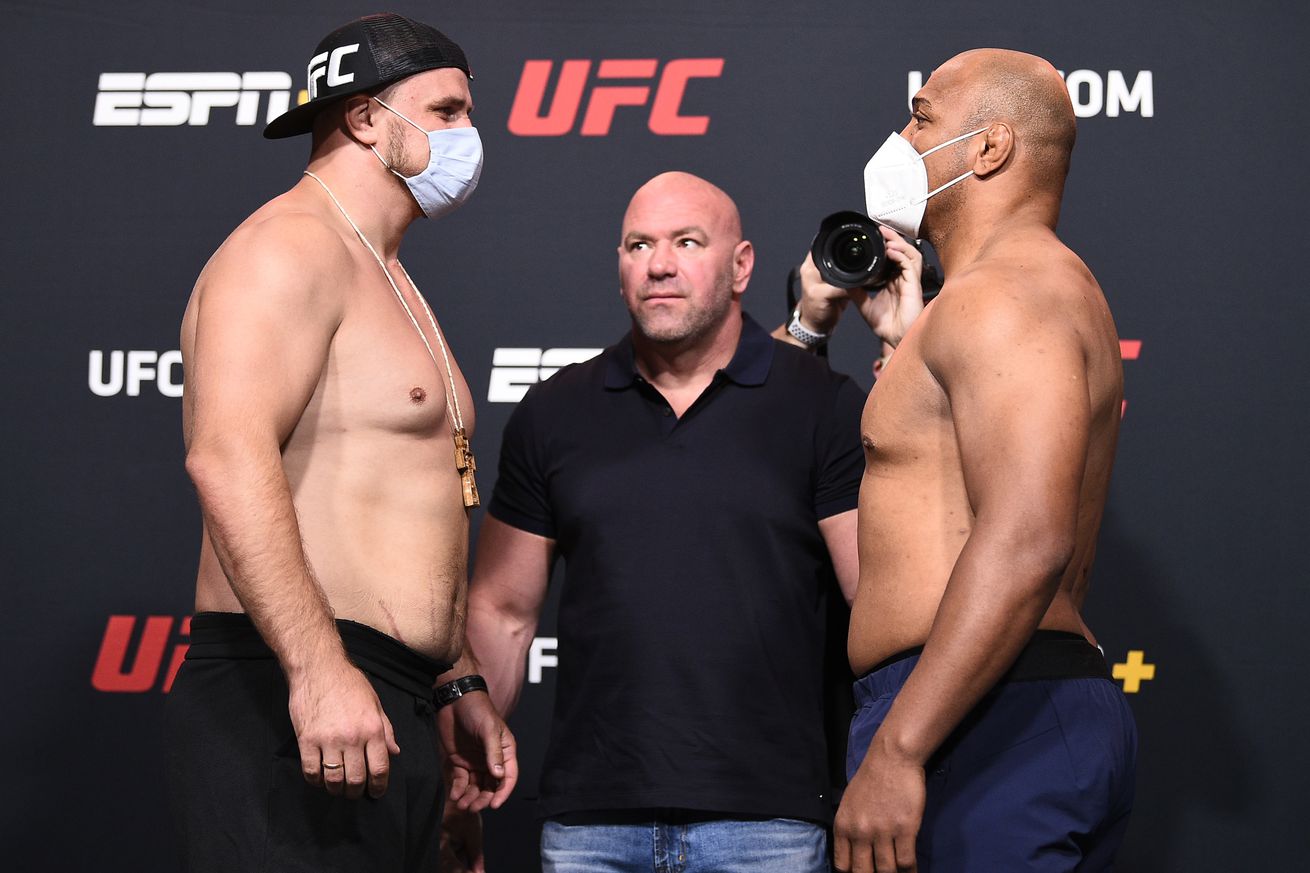 UFC has decided to re-book a heavyweight fight between Marcos Rogerio de Lima and Alexander Romanov for Nov. 7 in Las Vegas, multiple people with knowledge of the booking told MMA Fighting.

The bout was originally set for Sept. 5, but was cancelled hours before the event after “Pezao” tested positive for COVID-19.

De Lima (17-6-1) is coming off of an 88-second knockout victory over Ben Sosoli in February, boosting his UFC record to 6-4 with all but one of his octagon victories coming by stoppage. The Brazilian has bounced between wins and losses since 2015.

Romanov (12-0), who had three UFC fights cancelled in 2020 for COVID-related issues, got a quick turnaround after de Lima withdrew from the Sept. 5 card, entering the cage a week later to submit Roque Martinez with an arm-triangle choke. “King Kong” is 12-0 in MMA with 12 finishes.

The Nov. 7 UFC Fight Night card will be headlined by Thiago Santos vs. Glover Teixeira, which could determine who is next in line for Jan Blachowicz’s light heavyweight belt.