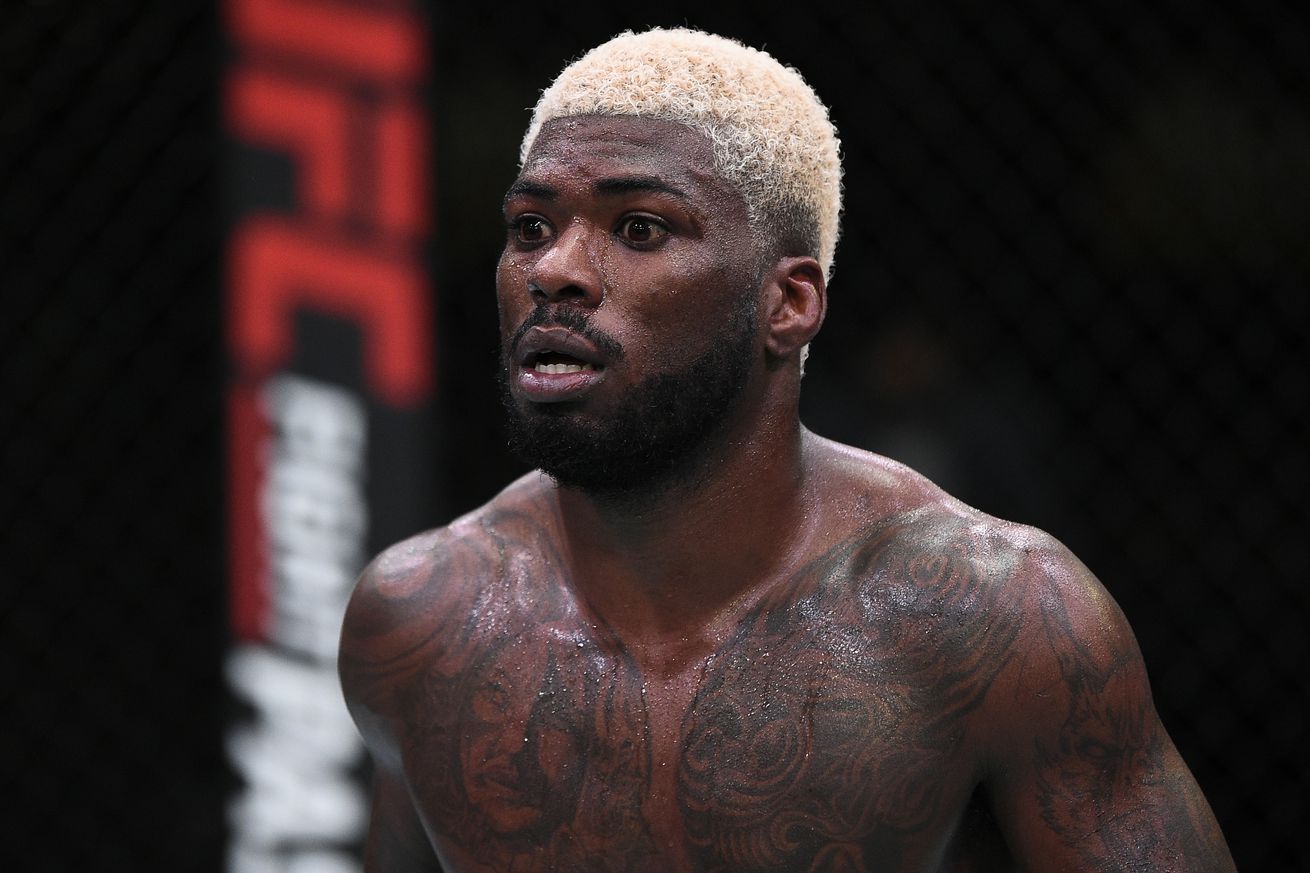 Bantamweight Trevin Jones pulled off a sensational comeback at UFC on ESPN 15 in his octagon debut against Timur Valiev. But he won’t get credit for it due to a positive marijuana test.

Jones, 30, was stripped of his win after the Nevada Athletic Commission on Wednesday voted to overturn the decision of the fight, which took place Aug. 22 at UFC APEX, to a no-contest. Additionally, the commission issued a 4.5 month suspension and fined him $1,945.36 ($1,800 of his show purse and the rest in court costs), and required him to submit clean drug tests at three intervals before he gets another fight license.

The NAC confirmed the news on Wednesday to MMA Fighting after a meeting in Las Vegas.

Several UFC fighters have been suspended and fined as the result of positive marijuana tests. Jamahal Hill, Tim Elliott and Luis Pena were punished this past month. Elliott and Pena had taken fights on short notice and told the commission they’d immediately stopped using when notified about their fights, but the amounts left in their system exceeded the commission’s threshold of marijuana metabolites, which is 150 ng/ml.

Jones took his fight on two days’ notice. In an incredible performance, he was nearly stopped by a flurry of punches in the first round before rallying in the second with a right hook that stopped Valiev, a teammate of ex-champ Frankie Edgar.

Reflecting relaxed attitudes about out-of-competition marjuana use, the World Anti-Doping Agency several years ago lifted the threshold of allowable marijuana metabolites in an athletes’ system. In commission meetings, commissioners have noted the potential problems for fining and suspending athletes for using a substance that’s legal in the state of Nevada. But the commission has yet to amend regulations on marijuana years after implementing stricter penalties for drug offenders.

The UFC has pushed other state athletic commissions to relax its marijuana policies. The promotion got the Florida State Athletic Commission to adopt WADA rules after a zero-tolerance threatened to affect fighters on the UFC on ESPN 3 card in 2019.

Jeff Novitzky, UFC senior vice president of athlete health and performance, said on The Schomozone Podcast that fighters are being pushed to more dangerous substances as the result of current marijuana penalites.

“So what do I tell them? I look at the prohibited lists and some opioids are OK at all times, things like Xanax are okay at all times, Ambien is okay at all times,” he said. “Those are highly addictive drugs and I think that’s a hole in anti-doping. We’re in a sense pushing athletes towards more dangerous substances versus marijuana.”