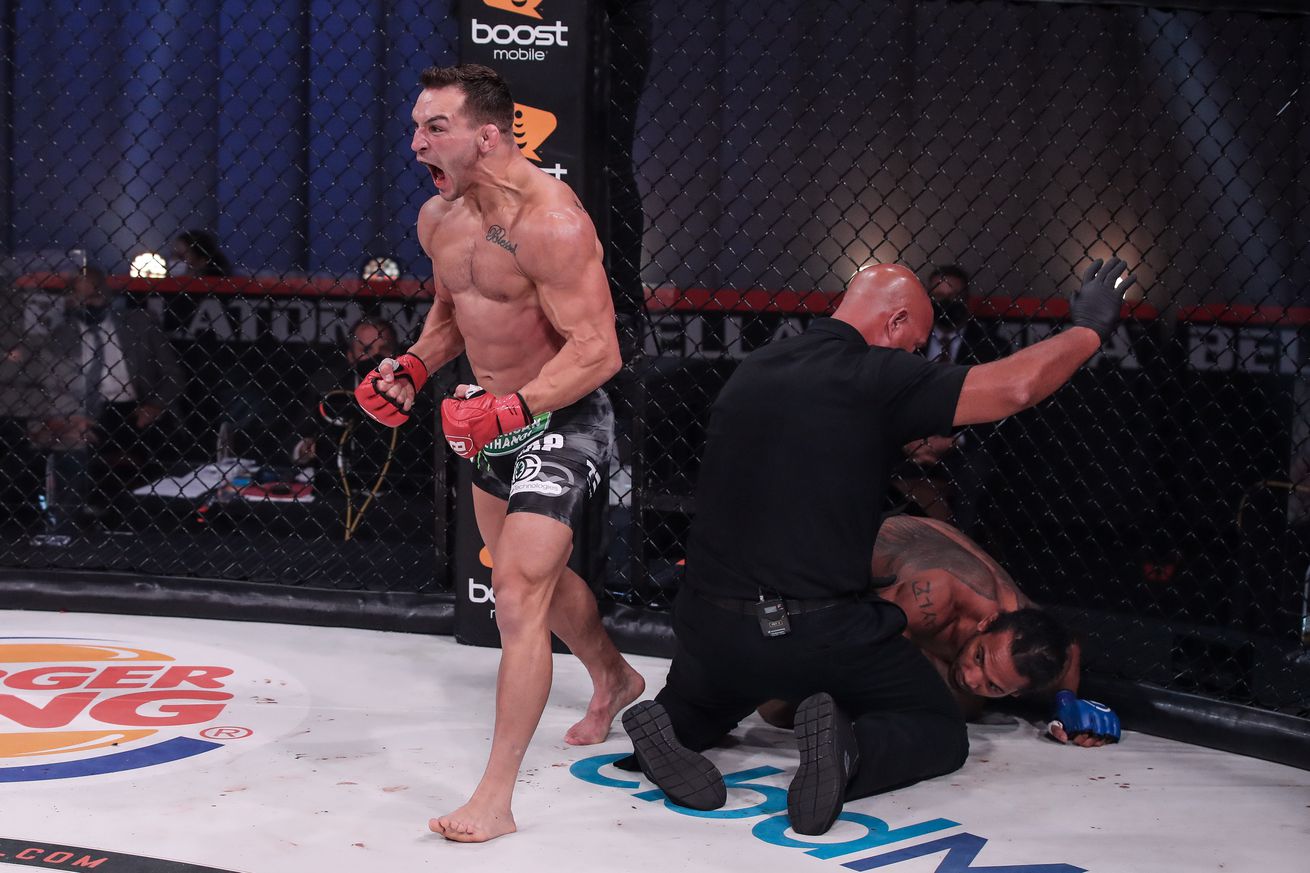 Michael Chandler has felt ready to face UFC competition for several years but it wasn’t until recently that the former Bellator lightweight champion finally pulled the trigger on a deal.

After reaching free agency following a first-round stoppage against ex-UFC champ Benson Henderson in what would become his final fight for the Viacom-owned promotion, Chandler inked a multi-fight deal to join the UFC.

He had tested free agency previously but ultimately decided each time to return to Bellator. So what changed that convinced Chandler to join the UFC now?

“I think it was timing coupled with my last couple performances,” Chandler told MMA Fighting. “Feeling as good as I feel, the way that I finished Benson Henderson, the hype that was behind my name. I feel like this was the first time where the social media presence of me being a free agent was much different this time than it was the last time. It was much bigger. People were talking about the matchups with Conor [McGregor] and Khabib [Nurmagomedov] and [Justin] Gaethje and [Dustin] Poirier and [Tony] Ferguson and it was non-stop.

Chandler’s first introduction to UFC audiences will come under strange circumstances because he’s currently preparing for a fight without knowing if he’ll actually get to perform or not.

With the lightweight title unification bout scheduled for Oct. 24 in Abu Dhabi between Khabib Nurmagomedov and Justin Gaethje, the UFC has secured Chandler as the backup in case anything happens to either of the fighters currently competing in that main event.

That means Chandler is going through the rigors of a training camp, cutting weight and preparing for a fight that may not actually happen. While that may sound like an impossibly tough situation, Chandler admits he welcomed it, especially after UFC president Dana White made that request of him.

“Dana asked me ‘would you be ready to fight Oct. 24?’ I said absolutely,” Chandler revealed. “He said ‘would you fight any of the guys in the top-five if we start asking around?’ I said absolutely. Obviously, Ferguson and Poirier there was talks of that fight happening and nothing got done as we saw and so it was a perfect time, perfect opportunity to kind of insert my name into the mix. What happened with those guys happened.

“As far as I know, I think I’m the alternate on the Oct. 24 card but I’m ready to step in and fight whoever. As I told Dana, I’m not here for a long time, I’m here for a good time. If I’ve got to take this on short notice against anybody in the top-five, I’ll take it.”

As far as the potential matchups go, Chandler has been anxiously awaiting the chance to face either Nurmagomedov or Gaethje.

In the past, the former All-American wrestler has spoken openly about how he presents a different set of problems for the undefeated Russian than he’s already conquered in the UFC. A grappling background coupled with knockout power in his hands, Chandler feels like he would be a stylistic problem for Nurmagomedov no matter how dominant he’s been throughout his career.

“Extremely confident,” Chandler said about fighting Nurmagomedov. “Because I don’t care if it’s day 1 or day 1,000, I’ve put in my 10,000 hours in this sport and I’ve been focusing on beating Khabib since he got in the UFC. I’ve been studying him and I knew he was going to become champion four fights before he actually became champion. He’s got the champion’s mindset, he’s got the physical attributes and he’s got a style that has looked about as unbeatable as anyone we’ve ever seen in the UFC.

“I’ve been training to fight Khabib for six years, eight years. Now, if the opportunity presents itself, that comes to fruition. I don’t care if it’s midnight the night before, someone gets hurt or someone gets sick, I’m going to be ready to step in. Whether it’s five weeks’ notice, five hours’ notice or five minutes’ notice.”

The same could be said for Gaethje, who offers his own unique problems but that’s another matchup that Chandler welcomes.

“If you can lure him into a dog fight, I not only think I win that ‘Fight of the Year’ but that’s just a fight that excites me.”

To make it clear, Chandler says he’s not wishing ill will on Nurmagomedov or Gaethje but he’s absolutely preparing himself in case one of them is unable to compete at UFC 254.

“Of course, the alternate position, you’re in the batter’s box. You’re ready to go,” Chandler said. “You just let the cards fall where they may. A lot of times in my career, I’ve had to do that same kind of thing. I’ve never turned down a fight. I’ve never pulled out of a fight. I’ve always shown up and answered the bell.

“If the opportunity comes up on Oct. 24, I’m going to show up and answer the bell and the fans are going to get a quick introduction to who Michael Chandler is.”