Michael Page is not happy with how his fight Saturday night went down.

The Bellator welterweight contender feels frustrated about his performance in his decision victory over former Cage Warriors champion Ross Houston (8-1 MMA, 0-1 BMMA) in the main event of Bellator 248 in Paris. Page (18-1 MMA, 14-1 BMMA) feels he was unable to secure one of his signature knockout finishes because the canvas was slippery.

“I don’t like to make any type of excuses whatsoever, and I’ve been in that situation before, bu this is the worst I’ve ever had it,” Page told reporters after the fight. “The canvas was so slippery, I literally I couldn’t execute any of my game plans because my whole game derives on me moving my feet and being able to be agile, in and out, land shots and get out.

“Again, I don’t know if people will be able to see it in the fight, but I had to change my fighting style. I threw a punch and spun myself around and he threw a kick and literally threw himself off. I could see he was being tentative on his kicks and not throwing them with any kind of maliciousness and it was basically because the canvas was so slippery.

“I had to go traditional boxing and not throw many kicks, not bounce, so I made myself an average fighter, which is a lot harder to cover the ground that I need to land the shots. I had to play the grappling game, which again, I’m happy to do, but I don’t care for. I want to have a spectacular finish, but it is what it is.”

Page made no secret that he wants to fight for the welterweight title and avenge his loss to champion Douglas Lima in the near future. The Englishman understands that Lima is tied up with Gegard Mousasi, as they’re scheduled to fight for the vacant middleweight title Oct. 29.

But despite that fight being in close proximity, Page doesn’t want to wait for the champion to drop back to welterweight to defend his title.

“As soon as possible to be fair,” Page said regarding a return to the Bellator cage. “If I was to take one more fight before Douglas Lima, but as you said, he’s got another fight and he’ll probably have a little time off, then I’ll keep busy and get another fight between that. But yeah, to be fair, I’m annoyed at that performance, so I just kind of want to get back out there and just remind people who MVP is.” 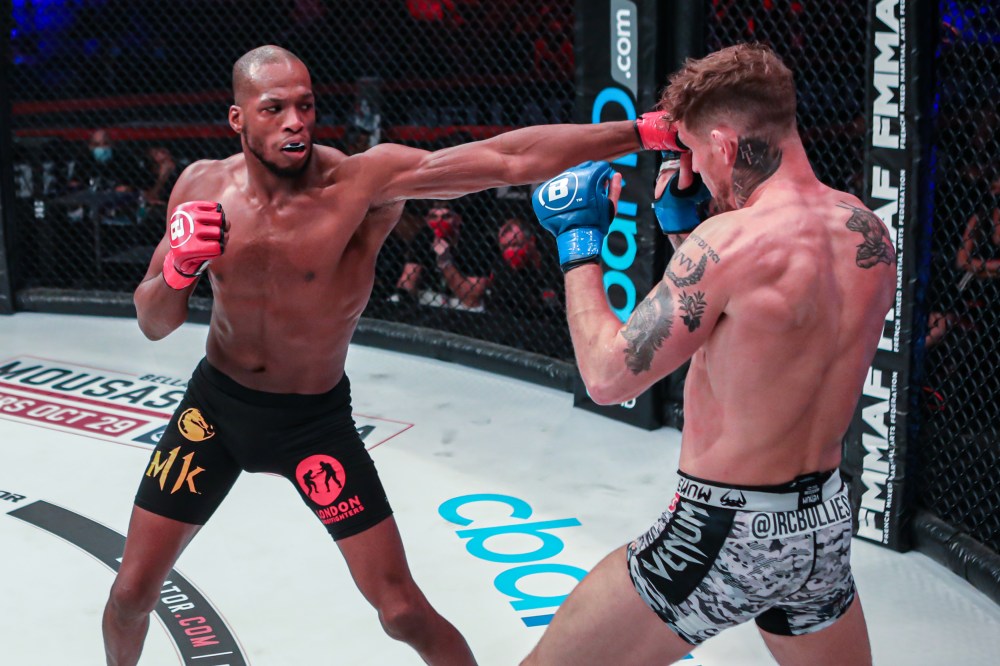