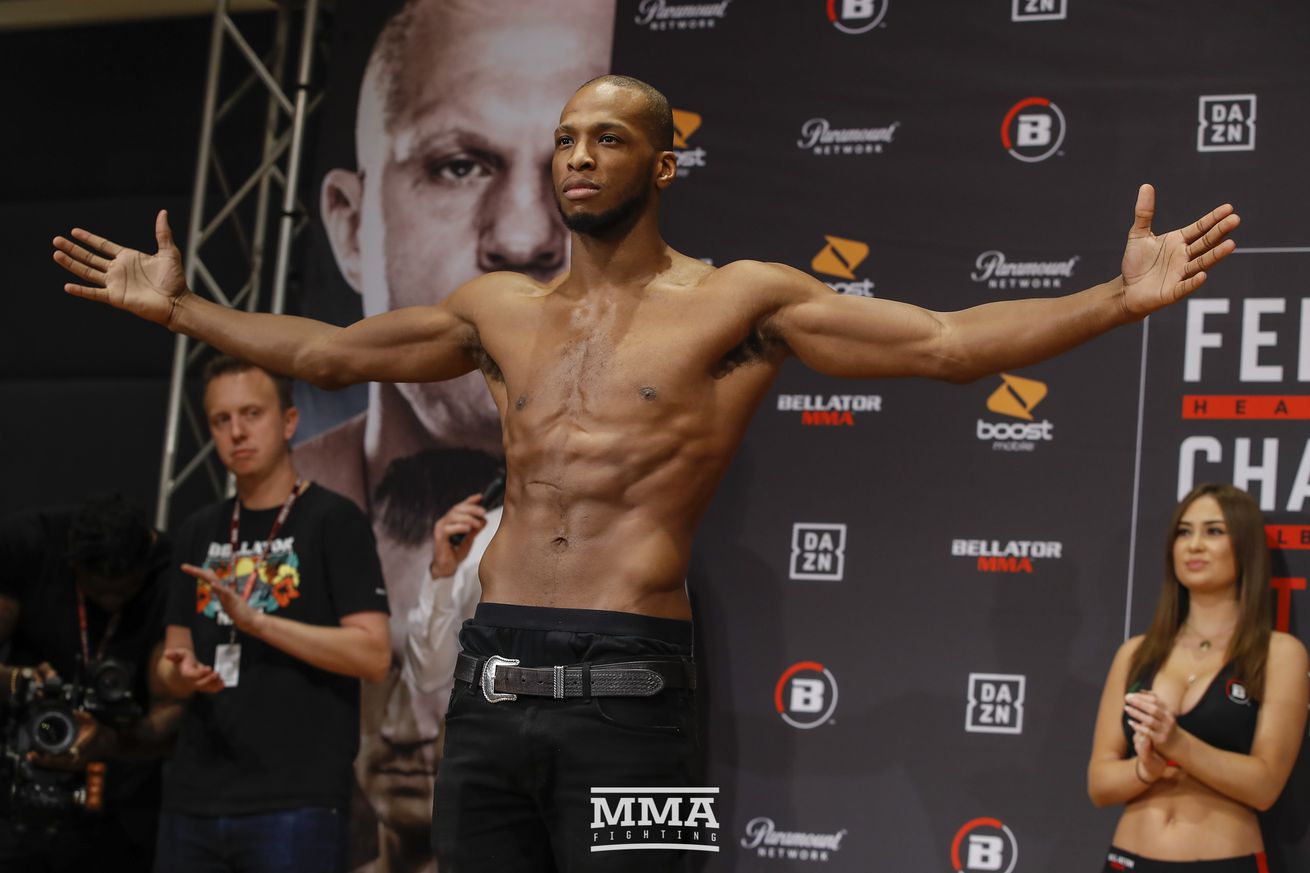 It doesn’t matter whether Bellator welterweight champion Douglas Lima wins or loses in a bid to capture the middleweight title. Michael Page will chase him anywhere to exact his revenge.

“That fight is the fight that I want,” “Venom” Page told reporters in advance of his Bellator 248 meeting against Ross Houston. “I’m more interested in that fight than anything else. If Lima was to decide to stay at middleweight, then I’m going to meet him at middleweight. If he wants to move to light heavy, heavyweight, then I’ll meet him there. Either way, I want that fight.”

Lima is scheduled to fight Gegard Mousasi at Bellator 250 in a bout for the middleweight title left vacant by Rafael Lovato Jr., who was forced to give up the belt amid a battle with a rare brain condition.

Page will be watching that fight “as a fan” – and waiting for Lima regardless of the outcome.

“Everyone knows that I have massive respect for Lima, even bigger respect, I think, for Mousasi, because I think he’s just one of the greatest in our sport,” he said. “He’s just massively underrated, or should be a lot more highly praised.

The competitive fight he expects in the middleweight title bout contrasts with his feeling about the matchup against Lima. Had he performed differently against the welterweight champ, who knocked him out in May 2019, he wouldn’t be so driven to get another chance.

Page predicted beforehand that either he or Lima would be on the canvas by the second. As it turned out, it was him. But it was the way that it happened.

“It’s significant, but not just because I lost the fight,” Page said. “If it was a close back and forth, or I got completely dominated, I probably wouldn’t be that eager to get back. What is more frustrating is because I felt like I was in control of that fight. I felt like I almost gave that fight to him being overeager, a bit too overconfident in a small moment, and forgetting at that level, those small mistakes are devastating.”

If – and perhaps more accurately when – Page meets Lima, he promises to keep his guard up and get the result he wants. And maybe a belt, to boot.