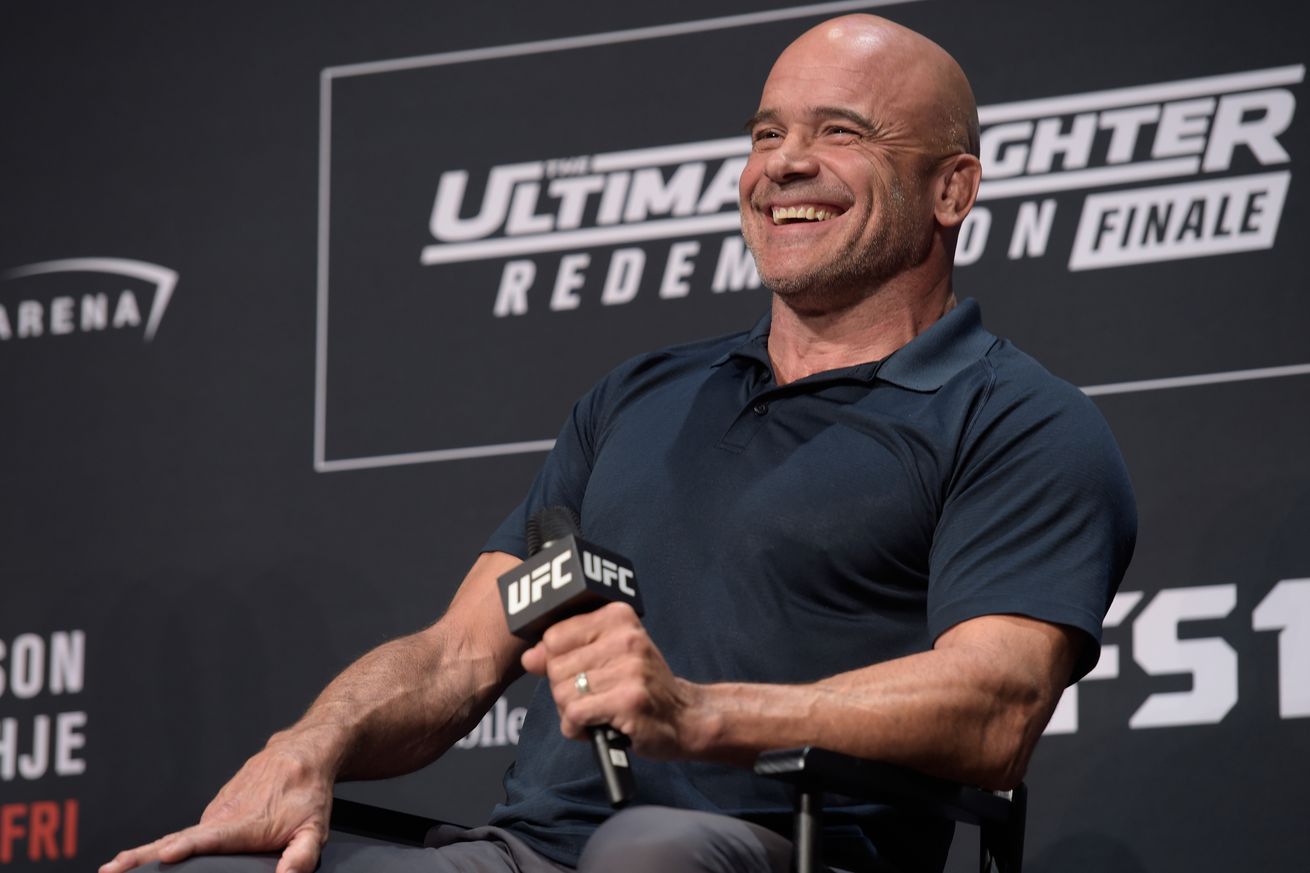 The time-honored tradition of second-guessing the champion is upshifting as the UFC 254 headliner between undefeated champ Khabib Nurmagomedov and Justin Gaethje nears.

Count UFC Hall of Famer Bas Rutten among those who aren’t so certain Nurmagomedov can stay undefeated with the brutality he’s sure to face against Gaethje next month on Fight Island. As long as Gaethje can go back to his wrestling roots, he can tire out the champ and chop his base out, said Rutten.

“I think [Gaethje] could be the guy who beats [Khabib],” Rutten told Submission Radio. “I truly believe so, because he’s a great wrestler – he might stop the takedowns. Listen, the best thing that ever happened to Gaethje was getting knocked out, because I had been telling him at the World Series of Fighting and PFL so many times, ‘Why do you fight like this?’ [He said], ‘Because it’s exciting and I want to be here for the fans.’ And I said, ‘Dude, eventually it’s going to hurt you. You want to be able to speak to your kids when you’re going to have kids, right?’

“When he got knocked out, now, suddenly, he starts fighting like his coach Trevor Wittman really wants. The way he was with [Tony] Ferguson, that was scary. I was afraid for Ferguson. He started shaking his head, I thought, oh, he’s got brain damage. He got hit so hard, and nobody’s been able to stop him. I know Gaethje is in Denver and he’s got the mile-high [environment], and they’ve got great stamina. I thought Ferguson could keep on pushing, but [Gaethje] had no problem.

“So now, Khabib is going to face someone with endless stamina, a freakin’ heart as big as a lion. Even if he’s tired, he will do the craziest things. He’s got great low kicks, he’s got great takedown defense, and who knows, man? He’s really started thinking later in his career, and that’s why you see him shine now. Maybe he’s going to shoot for a takedown. You don’t know what he’s going to do, because he’s never done it before.”

Gaethje is one of two fights Nurmagomedov anticipates will be the last of his career. As challenges go, it’s not only unique because of the skill set of his opponent, but his personal circumstances behind the scene with the loss of his father, Abdulnap Nurmagomedov. Gaethje aims to take out the champ and then face off with Conor McGregor, who’s cruising the Mediterranean and may or may not be retired.

In current betting lines, Khabib is no higher than a +200 favorite and in one line is +180, according to BestFightOdds.com. Ruten, whose leg kicks rivaled his signature liver shot throughout his decorated career, advises Gaethje to aim low after stopping the takedown.

“I think that if Gaethje can do that as well with his low kicks; I wouldn’t do that in the beginning especially, because that might set him up to be taken down,” he said. “But now we’re going to find out if we can stop the takedowns from Khabib, and if he can Khabib is in trouble.

“He know’s he’s got the endless stamina. So he’s going to push this fight. Khabib’s probably the guy who works everybody in the gym, so he needs to find ways to get him really tired, because otherwise, he’s playing his game and is still in his zone.

“I think if Gathje is pushing, pushing, pushing, and once [Khabib] gets tired, and that’s the moment you want to start implementing the low kicks. Like in rounds three or four, once they start getting tired, because Khabib – I think nobody has ever fought a guy like Gaethje. This guy just comes forward the whole time and everything is power, and he’s got endless stamina. He’s a very hard guy to fight.”

If Khabib does make it, Rutten would like to see the champ get that much-ballyhooed matchup with Georges St-Pierre, who may or may not be retired.

Strike. Spotify employees are threatening to strike if they don’t get editorial control over Joe Rogan.

Bills. Jessica-Rose Clark’s bank account is looking better after UFC Vegas 11, but she plans to cultivate “external forms of revenue” after making approximately $16,000 in 2019.

Arguement. After a friendly handshake, Israel Adesanya and Paulo Costa are back to bickering.

Headliner. In his fourth octagon appearance, Khamzat Chimaev will headline a UFC card.

Could GSP be any nicer?

These next two weeks

Do we have to?

That’s just what his dad does. He was born into this fight life! #cageyfresh

Better now that i have found out it the mixture of food allergies, IBS and now no galbladdar has cause a years worth of problem https://t.co/gm0HHnjG5K

Back to training, punctuating unusually.

If you find something you’d like to see in the Morning Report, hit up @JedKMeshew on Twitter and let him know about it.